Yellow magic assembled , LEDs work as they should but no sound ( FIXED)

Hi all, i got my YM all built and before i put on the lcd i did the recommended test, i get all thr leds to work and move as they shoudl, but when i connect it to A MIDI device ( I tried 2 actually) no sound comes out,without putting the lcd on it I cant tell if its receiving and MIDI data . Hmm I forgot that the sruthi has a test tone if you hold Encoder 1 for a bit, be right back

You did put in the wire bridges next to the input / output jacks ? 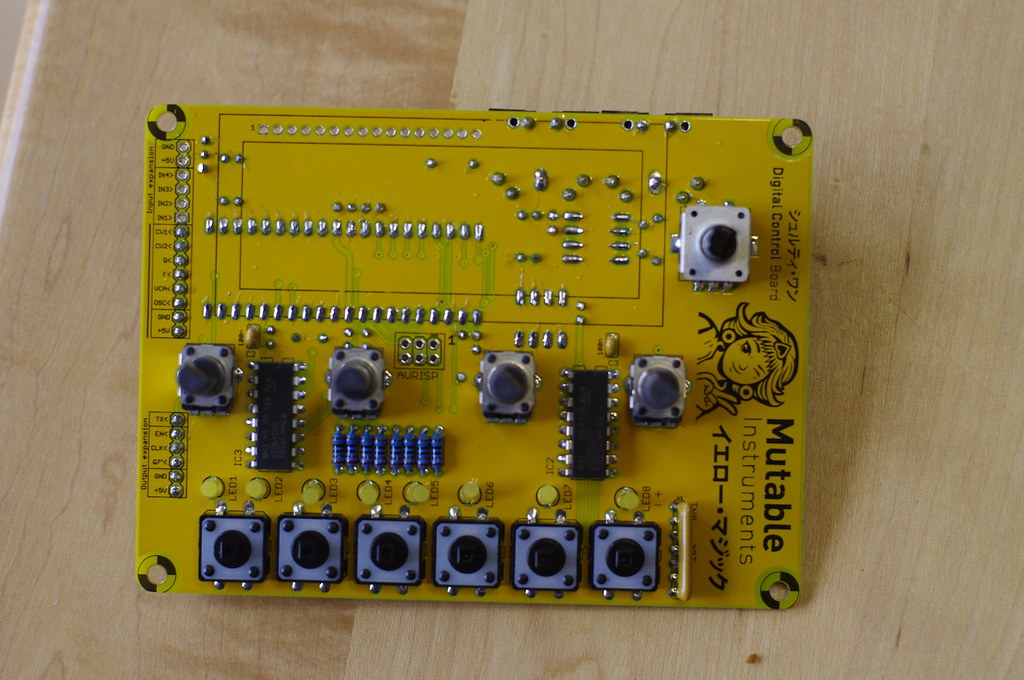 the chips that cant be read are:

Im hoping its just a chip or something simple Ive overlooked

1: im disappointed it took you 2 minutes to fix this

Cheers Olivier, now I have to buy your upcoming products , your assistance and service is par exellence

Ok got it put together , a slight hiccup as I forgot the OLED is reversed colours

but just spent some time with it and its cool

now to assemble the case and get it painted etc

@dude163 OLEDs are usually coloured characters on a black background. People usually seem to get LCDs with dark backgrounds for their Shruthi-1s, too (negative displays), so it’s not much different, except LCDs show reversed (i.e. light background + dark character in the case of a neg. display), when viewed at certain angles, and OLEDs don’t.

Yea I figured that out aftera few minutes of panic, then of course MIDI didnt work, then I realised my Keyboard was turned off ! doh!

now I just need to clean off the flux a bit ( rubbing alcohol?) and assemble it with the help of my 5 yr old and 8 yr old kids

An old toothbrush will also help when removing flux.

your flatmate toothbrush works as well (preferably when he has not complied to his washing dishes duties).

i did franks plan more playing , less cleaning . i wasted my cleaning time painting it