Wish me luck.... [Report from Der Wendler live at the Königs Pilsener Arena in Oberhausen, Germany] I hope my will not drop unconscious because of loss of to much Blood thru my ears…and just in Case i don’t survive this “Concert” i wanted to thank all of you, had a great time here…

good luck. you’ll need it.
just for completeness, and that’s not even close to the worst picture google brings up 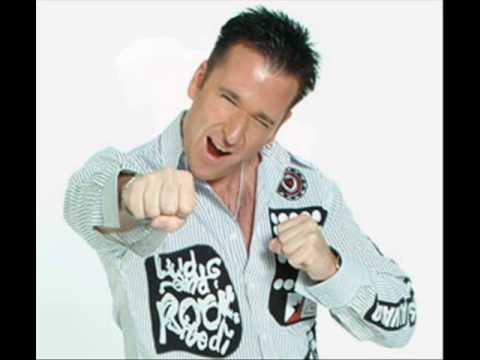 I have now a total simple strategy:

First one will be opened before the car leaves the driveway…

I do not like this style of music but maybe you get a nice surprise.
Last year at Festival Dranouter in Belgium I saw Arsenal. Not my style but a very good sound and very good atmosphere

You need to show tolerance, open-mindedness and … to fight the enemy you must know it !

The lady you’re accompanying must have really nice boobs.

i doubt my wife will allow me to post a pic, but yes!

so that’s the reason… I was wondering already. I only got as far as going to see Harry Potter in cinemas.

I hope your lady is aware of the major consession you are making. And I hope you know what you’re doing!

just in case, if you get seasick during the “performance” it’s good to have something real to grab, like, a little midipal in your jeans jacket that you can touch and look at if things get really nasty

All the best. And remember, even my bike likes Shruthis.

ill post live update, that will keep me alive.

if you ever consider a stay in the B&B Hotel in Oberhausen - bring your own cleaning materials and you might better sleep in your car, could be more comfortable…

The day after - any signs of life?

yes, he seem to have made it

At least it wasn’t David Hasselhoff

Survived. Will post a report later today - WITH VIDEOS!

The Killers really ought to sue him for this

I’m pretty sure you can still sue for plagiarism, he does however seem to have at least some measure of self-irony (or he’s just really stupid)…
The Killers’ song is based around a comment made by Hunter S. Thomson, saying that America was raising a generation of “dancers”… In essence, he is saying that he is a dancer, AKA a non-benefit for society person… Bravo!