What the hell is this and why don't I have it already? [EDIT: A Brain]

Nothing to see here. Move along people. 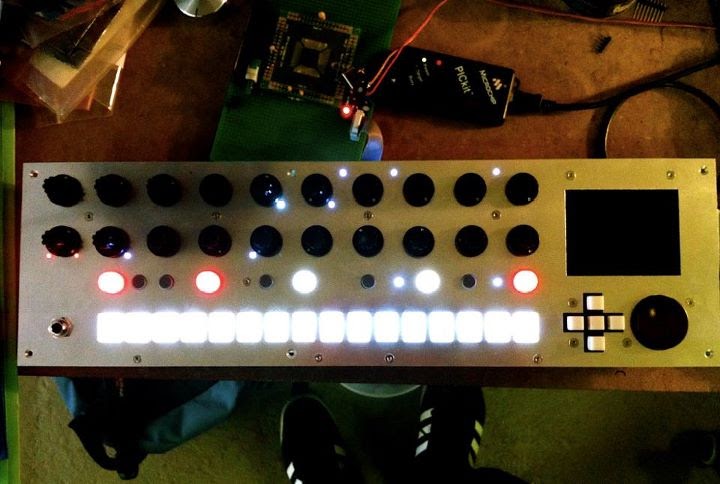 Why does this picture have to surface LITERALLY THE DAY I’M MAKING A BANK TRANSFER TO SEQUENTIX?

It also has a Nintendo controller, making entry of the Konami code and actually getting 99 lives a real possibility.

Olivier is out of town, leaving us with faulty servers- he’s for sure been cheating on us. It’s all coming into focus for me now.

You are aware this pic is 2 years old and shows a PicKit Programmer, clear indicator for a PIC based Entity whereas Olivier primarily codes for AVR?

Maybe i should leak some shots from my Workbench, too

I was not- someone posted it on the Elektron forums as if it was news. Well that’s great news. I’d rather feel like an idiot than buy a Cirklon worrying an OTO sequencer might be coming out.

You should Frank. Then just post them on here with “???” and make me insane.

And, nope, they did not. Since it was a thread I have visited in the past,the new Elektronauts forum software kindly moved me down to the bottom to the new posts- which were a pic of that thing.

Rather than being skeptical, I went into trance and am now awake. What did I miss?

I love my OTO (bought it used with Der Mask overlay) and I hope their new product/effects box becomes a hit. It would have been interesting to see what the bigger, for now shelved project was.

I want an entire table full of gear that looks like the Biscuit. It’s always just staring at me on my desk. Sometimes the little bastard winks at me. He must be asking for more OTO products.

I like their videos from the kitchen! Who else pulls weird stunts like that? Moar OTO Machines nao please!

The idea of OTO as a manufacturer focused on FX modules and possibly sequencers/controllers intrigues me more than the concept of a fully fledged OTO synth. Imagine an “OTO Mothership” with a base sequencer and a mixer with 3-4 sends. Then it’s also controller/sequencer that acts as the brain/sync of a bunch of other FX (and especially Sequence able OTO FX!).

So it turns FX into like an elektron box. I’d be way in for that.

I have to spend more time with Der OTO, btw. I tried once and wasn’t immediately catching on to the control scheme and haven’t been back to try again!

Eventually, a company is going to be insane enough to make at least one of the ideas I’ve proposed. Funny thing this uses an input protection Circuit i never tried before but implemented on a PCB i already ordered 50pcs -insane! Luckily it works great, the MPC6004 is one of my best Friends when it comes to protect MCUs…

@fcd72: “input protection circuit”? What happened to not worrying about buffering all the signals?