What did you do with your Weekend? 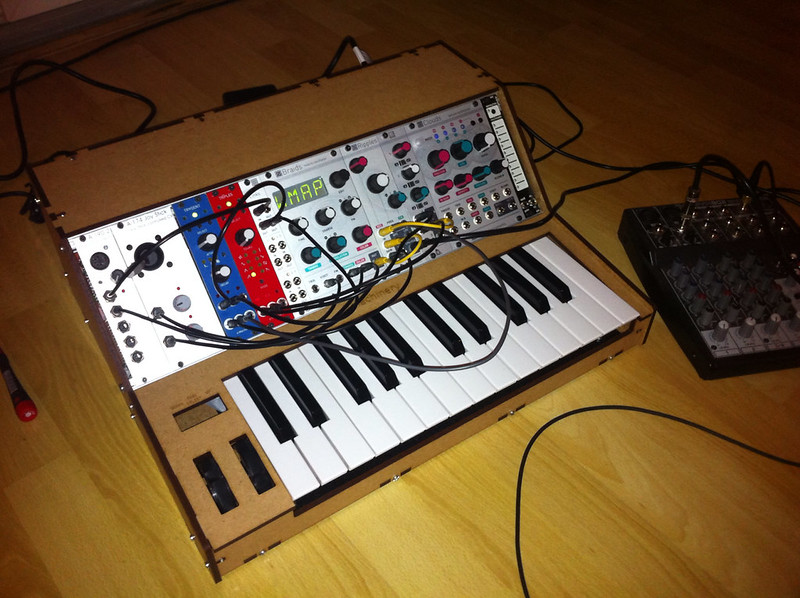 not entirley un-neat!
but wouldn’t the ls1 belong to the left side, along with the wheels, so you can play it with your left hand while playing the kb with your right hand?

Ok, Frank, how much?
That also explains what “most” of a Q25 would be needed for.

@mic.w
Maybe? I just threw in what was flying around

But as its modular its not a decision for eternity.

@audiohoarder
Yeah, you need to do some severe butchering with a Proxxon or similar…… and i need to reengineer the Q25s Octave up/down Button PCB as this never ever won’t fit side by side to the Key.

@dude163: Yes, it must have been a daunting task to bring your synths and recording gear out to a cave just for the reverb.

I did a lot of things.

My weekend started saturday evening at 23:15 and ends tomorrow at 7:30 … too short to do anything really.
But that case is really cool Frank! I wonder why it is so deep in the back?

I went for a walk at my local national park, and made a ton of cool sounds using my Polivoks synth

I went to Chicago for the David Bowie Is exhibition. It was cool to see all those great costumes up close. I also ate some great food.

The smaller Meanwell might be nice for this case…

Made some jitter max creations, made a demo video, cooked delicious pork chops, got freaky with the modular, and most imoryantly…slept!