Surprised there hasn’t been any discussion on this yet.

This raises a load of questions. Olivier has always followed an open source policy but VCV is getting a lot of attention, and does have the potential to be astonishing. They’ve obviously taken the open source code and ported it to this graphical environment. Rings works perfectly but Clouds and Elements are all over the place. Probably easy fixes.

OK, I’ve tried it but feel uncormfortable with the financial implications for MI if it resolutely stays uncommercial (so presumably within the open source licence) and increases its feature set (e.g. support for hardware midi controllers).

Confused and conflicted. Especially since I’m getting out of Eurorack ('cos of my eyesight) but will miss MI more than anything. The thought of using something as brilliant as Rings without compensating its creator doesn’t sit well with me.

I think the ability to play with, and even seriously use, soft versions of MI modules will only increase demand for the hardware versions - which is why the VCVrack approach of close facsimiles of hardware modules is a good one, even when modified versions more suitable for a software modular would make more sense. Whether this approach persists remains to be seen.

I’m much more comfortable with the VCVrack initiative than with the widespread practice of people selling PCBs, panels, kits and ready-made clones of physical MI modules, without any value-adding or community contribution. I’m on the fence about whether shrunken versions of physical MI modules constitute value-adding - it does seem that opportunities for enhancement or experimentation are missed when a smaller but otherwise slavish copy is created.

I’ve played with modular soft synths. For me, they’ve mostly been good for whetting my appetite. Patching and adjusting knobs with a mouse is tiresome. Endless assigning of MIDI rotary encoders to controls is not much better. Programs that try to auto-assign knobs to VST controls are spotty at best.

My guess is that vcv stuff will lead to more MI sales, not fewer. Lots of people don’t have access to a shop that stocks MI stuff, so it may be a better way to get a feel for the modules than youtube demos.

My personal thoughts are that the derivative work is open sourced, branding/names have not been used, and there’s no charge, so it seems to respect licenses as I understand them, and Olivier’s wishes as far as I’ve read them in the past…so I wouldn’t feel too bad about trying it out (though I am definitely interested in what Olivier has to say, I find learning about his philosophy behind running a consumer-facing open source company very interesting).

My gut feeling of VCV is that it seems like a nerdy passion project (with some real work put into the ui, which is great imo) more so than the product-y/closed vibe of some of the other software modulars I’ve seen or used. Makes me interested to see where it goes!

I tried out the “clouds” module the other day, and it did sound recognizably like clouds take on granular synthesis, but was missing the deep interface with lots of fun and exciting things to explore that are sort of “mysterious” to me because I don’t own the module. Definitely has not replaced my desire to buy the physical thing one day.

It’s worth mentioning that VCV is not the 1st derivative work based on Oliviers modules: 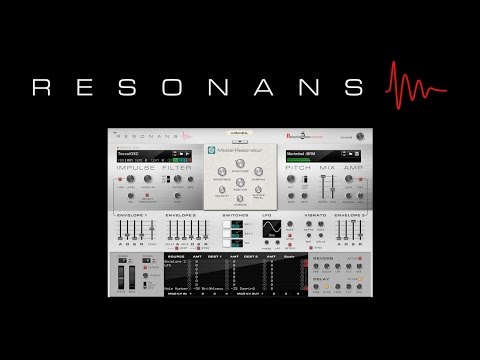 The developer of VCV has contacted me when he started his project, and he followed my recommendations to the letter regarding branding, module naming, etc. I think he got in touch with Hannes to get panel renders that would be similar but not too close to the originals.

I’ve seen more than once comments like “I’ve been using this for 30 minutes and now I want to buy an Elements”, so it might turn out to be beneficial for Mutable Instruments.

There are much greater dangers to Mutable Instruments’ survival than this “soft toy”.

I think he got in touch with Hannes to get panel renders that would be similar but not too close to the originals.

Yes I confirm that. He’s been very open, transparent and serious about the whole matter with me as well.

I’ve seen more than once comments like “I’ve been using this for 30 minutes and now I want to buy an Elements”, so it might turn out to be beneficial for Mutable Instruments.

I can confirm that as well. I’ve seen many comments like this as well.

ahahah, yes indeed, I’m one of those. Even though I’ve seen and heard Elements demos before, this soft version convinced me and now I’m waiting for my parcel

I would love to see more of these plugins. I’ve seen Reaktor now has similar stuff.

Good to know that this has Olivier’s stamp of approval. I think I need to build a 5U Rings since 5U is the solution to the ageing process.

If anyone truly wanted to stop this sort of thing, then they would keep their code closed. But then there would be no more custom firmware or the ability to look and learn from the code.

I’m one of those who has been umming and ahhing about buying Rings and Clouds. I specifically played with vcvrack to help me decide on getting them. Am definitely going to buy Rings now. (Wrt the open source model - I have used fragments of schematics to build my own modules - ie perfboard/stripboard and have plans to try building the odd module in entirety as an introduction to smt and dsp programming!) So thanks for the open source model. Even if I diy some of my own modules, I honestly think that it has resulted in more sales from me than you would have had otherwise!

Should just add - the decision to get Rings has nothing to do with the Clouds implementation in vcvrack! (I know it’s a very early release!)

Btw some modules are not available on VCV and i’m curious why. I can imagine good reasons to not include Ripples for example, but what about Streams, Grids and especially Edges?

I guess you should ask this question to the designer of VCVRack.

On a sidenote, I find this software superb for testing out my own ideas before bringing them to hardware. Especially when features are not yet fully specified and interfaces are still fluid. It bypasses the “pure data Testpatch” and allows me to directly write in C++. I can basically deploy the same code on the VCVRack prototype first and later on the physical module, swapping out only the hardware abstraction layer.

On a sidenote, I find this software superb for testing out my own ideas before bringing them to hardware.

Yeah I wish all modules would have a VCV version!

Btw some modules are not available on VCV and i’m curious why. I can imagine good reasons to not include Ripples for example, but what about Streams, Grids and especially Edges?

Only modules that are totally digital are easy to recreate in VCV. As in has a DAC as output.
Ripples is an analog filter. You would have to code it from the ground up using some form of simulation.
Streams is a digital controlled analog VCA / VCF.
Edges doesn’t use a DAC ether but digitally controlled logic IC’s that output squarewaves.
But Grids is totally digital so should be possible. But it’s written for an other platform than most other MI modules so maybe it has got something to do with that.

Well, I’ve bought a Clouds, a Rings and a Links because of trying out in VCVrack first…

The VCV Rack developer has posted his reason for not porting each of the missing MI modules: https://github.com/VCVRack/AudibleInstruments/blob/master/README.md#not-yet-ported

The primary reason for missing modules seems to be the GPL license of the AVR projects rather than inability to port analog modules.

Befaco Rampage, for example, was ported and I can attest to how analog that is (I still have nightmares about how much through hole soldering that took to assemble!)

“Ripples
analog, but I own a unit. need a free afternoon to port”

Uhhh, if it’s really analogue then there’s nothing to port and I’d expect a ground-up emulation of any reasonable accuracy would take more than an afternoon…

Not sure why this just hit me, but it’s also cute to think the VCV Core MIDI->CV covers Yarns’s functionality… at the very least it probably doesn’t have song.h!