I’m seeing some strange behavior with the LEDs on my Ambika motherboard. I haven’t tested with a voicecard yet, but the display, all switches, all pots, and the encoder seem to function as intended. This is what doesn’t seem to be right: 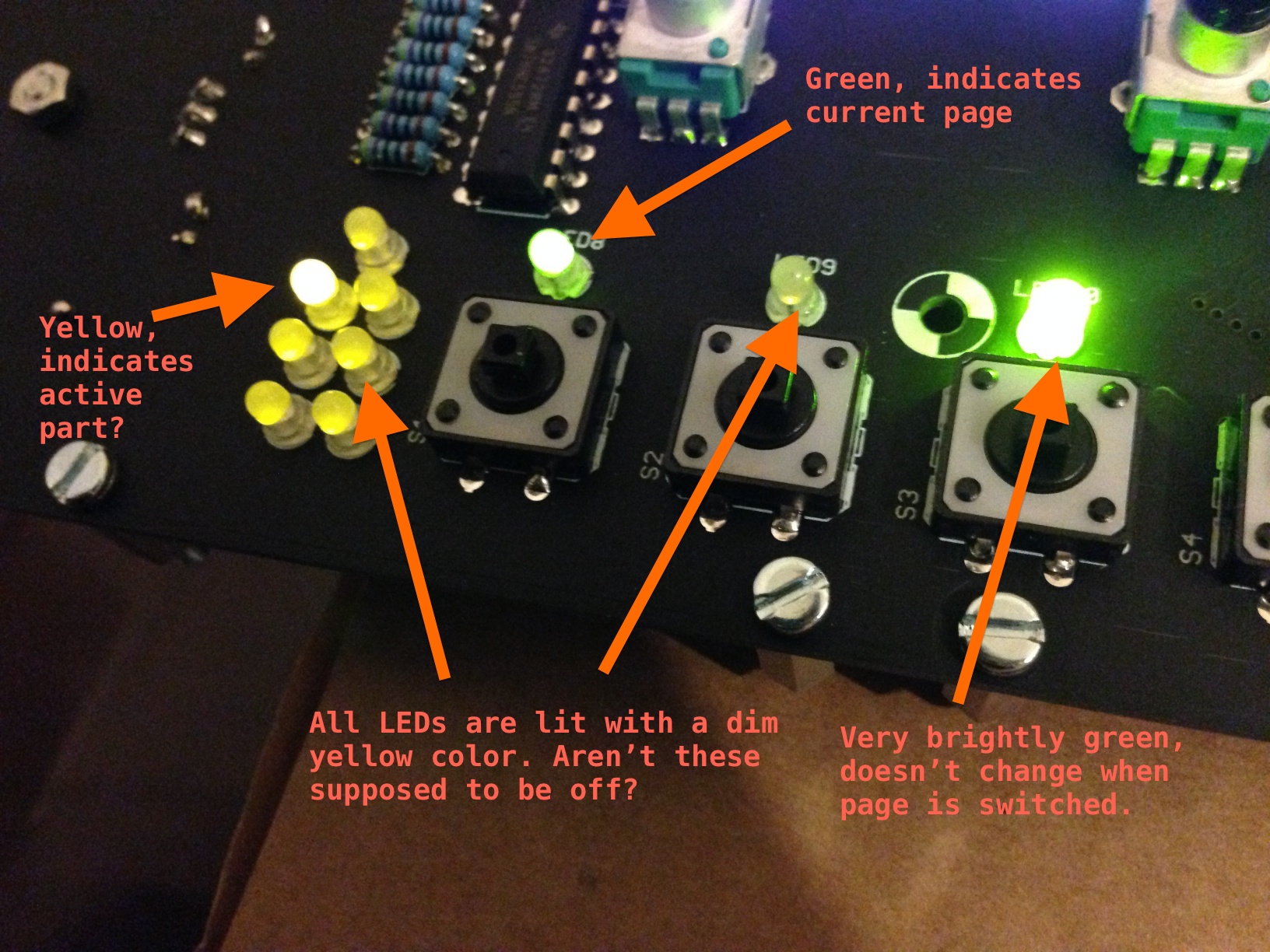 Any suggestion on what might be causing this? I’ve checked for shorts and bad joints, but that doesn’t seem to be the issue here.

What type of 595s did you use? Polarity is reversed sometimes and maybe the 595s you used can’t source/sing sufficiently…. just a wild guess.

Then 50 others would have the same problem - skip that…

I did use one different 470R resistor because I dropped and lost the one that came with the kit, but that really can’t be it, can it not?

did you replace it with another 470R?

Looks like the color multiplexing doesn’t work. Maybe something wrong with IC10 pin 7?

Reheated and added solder to both ICs and the resistors. No change. Should I try to replace the 595s?

Note that the color does change appropriately to indicate the current page; except for LED 10 which is always very brightly green.

I would change IC10.

I’m always delighted to see that I’m not totally dumb….

Replaced IC 10 with a fresh one. Didn’t help, problem persists.

Try changing the other 595, but this looks very strange… Are all 595s from the same source?

thijs build it from a Kit…
Im a bit clueless as far as i understand the schematics i would have guessed to some imperfect 595s and bleeding between the switches. Next best guess would be inspecting the whole board for a tiny tiny tiny tiny bridge somewhere.

FWIW, this is the pattern I get when the MCU is not inserted:

I’m a bit hesitant to replace the other 595 since my unsoldering aren’t that awesome. I’ll first give the board one more thorough check for silly mistakes before I do that.

Also, I’m using a VFD instead of the supplied LCD. The power supply is the one you recommended from a French supplier that’s also listed on the wiki.

When no MCU is inserted, you get random bits loaded in the 595…