Comon guys …
It does make sense to want to use a midi controller like the BCR2000 for programming and direct control of the shruthi. Why else would the Shruthi XL exist ?
And led rings are a nice way to have knob position feedback on an encoder.
And so it would be nice if the led rings actually display the settings of the shruthi.
And i’m sure there is a way to do it too…
And it also would be a nice option for the shruthi to display incoming midi parameter changes in the display. But of course you would also want a to turn it off. And choices have to be made what and what not to include.

@Urlwolf. I strongly suggest you use firmware v1.0x for this since it has most parameters under CC. Than it would be really easy using the BCR to learn the CC. Once you’ve got this working you’ll have to figure out how to include your master keyboard. A midi merger in front of the shruthi would probably solve it.

And i’m really curious where you remark working memory comes from.

As a matter of fact this makes me think about ‘modern dancers’ i very work with in theatre plays.
And i would say that having a really large muscle memory really ‘changes’ some of the other functions of the brain.

I have to chip into this thread as i am having issues with a couple of parameters and my BCR2000.
I want to map the knobs in order of the screen menu’s and have everything done apart from
MOD 1-12
OP 1+2

Its the 2 circled parameters in these attachments
Do they have NRPN or CC assigned?

Any help is appreciated

I think i pretty much figured out that it is not, even if it was it appears the src/dst and in1/in2 are mapped differently for each corresponding number. ah well

Has anyone got a list of the full NRPN functionality of the Shruthi-1?
There must be a way i can map the mod matrix properly, kind of like in Andre’s software where we have a mod number selector then source\\amount\\destination knobs using the buttons etc on the BCR2000 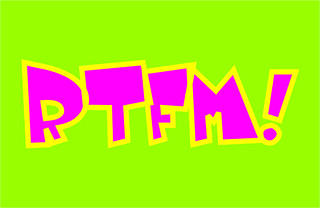 Thanks! I did read the manual, i even searched for newer versions of the manual on this forum and found one here https://www.dropbox.com/s/xtldcw2y54vwvso/Mutable%20Instruments%20•%20Shruthi%20•%20User%20manual.pdf

Its all there…. just calculate with n as your modulation/operator number as stated in the manual. Begin counting with 0.

Thanks again, this is pretty much my first time dealing with nrpn so i guess i will just have to admit defeat and touch my shruthi once in a while

Ah c’mon, its that easy. Just sit down and calculate yourselves the numbers for n=0, n=1, throw it onto your BCS (or is it BSC. Or BCR??) and see yourselves. No way i meant to discourage you. Its just I’m not good at motivational speeches as everybody knows

Fair point i guess, at least if i give it another go i can claim a small victory. I will try again this weekend and post my results for any other BCR users to use
Thanks for pointing me in the right direction