SID Guts is out:

Plus the schematics plus code is here: 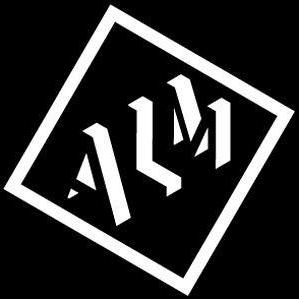 Contribute to busycircuits/sid-guts-diy development by creating an account on GitHub.

PCB and panel option will be appearing soon I think.

sorely tempted! but i shall pass.

It’s euro, no such thing as “too expensive” :). dont know why they bothered with the filter though, most useless feature of the SID

Well you don’t need to bother with the filter and on the SwinSID the filter is actually pretty phat.

@altitude I quite like the SID filter. The resonance isn’t strong, but otherwise it sounds nice.

I passed because of price. I’m not judging them, it was just too much for me now.

If you compare what you get for the price, you may recognize that comparable sound generator modules are often beyond 400 €, so it was ok for me to order one.

i thought 180 gbp incl tax for a kit w/o a sid was rather expensive, so i’m holding out for the cheaper pcb + chip + panel option, which should follow soonish according to steve (of thonk).

I have an old “Brotkasten”-C64 (without PSU but with a hopefully alive 6581 in it), plus a SwinSid from sinchai.de in the drawer, waiting to be used – so I ordered a kit. Expensive? Maybe. But I somehow lost any reasonable thought ever since I got my first euro-modules. I don’t care too much for money – money can’t buy me love

"If you compare what you get for the price,"
Well that’s maybe the point, I guess I was also a bit disappointed by what the module does and how. I miss the third oscillator somehow, plus the ability to use those three oscillators separately.
It’s true that some modules cost a lot, but maybe it’s just that right now the price was a bit more than what I was able to spend.

if i remember correctly, teli sandor’s hardsid 4u was about 150 euro incl tax. maybe it was 200, but it was definitely cheaper than 180 gbp.
and this wasn’t a kit, but a fully functional module which could host up to 4 sid chips and drive them as independent synth voices, with access to all the sid’s features.
so yes, i’m with rumpelfilter here: 180 gbp for the kit version of a somewhat limited sid guts does seem a bit much.

that said, i still think it’s a fascinating module and look forward to building one or two when the source-your-own-standard-stuff edition comes out.

there were 100 modules sold fully built @ £299. and now, 100 more at £180. we’re still talking about a micro manufacturer building a tiny product that required a lot of work, evaluation, development and money up front. no one ever factors those kind of invisible costs when appraising these things.

the “limited” nature of the module is fully intentional i think. the feature set seems bang on to me. it’s a more or less self contained voice without the bloat and unuseableness of the sammichSID.

The code exists, so you can always modify it to output the 3rd oscillator.

But I think two oscillators is for a reason, I suspect when you start doing ring mod/sync it wouldn’t sound right with three oscillators going?

It’s going to be fully open source source, firmware and all so I guess it will be clear why the 3th voice isn’t used. And maybe it will offer a way to use it.

it already is open source.
you can find the fw here:
https://github.com/busycircuits/sid-guts-diy/tree/master/firmware

the reason for omitting the third osc given in the muff’s thread introducing the module was:
“Inflexibility due to shared output and impact on module size+cost.”

i dimly recall there was some more discussion there about this, but don’t remember what the arguments were.

Yep, if you do ring mod then the 3rd oscillator would play on as normal which would ruin the patch in some cases. So you would need extra controls to mute it.

But perhaps if you’re using ring mod or sync it could be muted and if you aren’t have the 3rd osc in use?

Again, my low level SID knowledge is limited, I just like the sound.