Shruthi PCB's coming to the USA!

As some of you are probably aware, I have been bouncing the idea around of having Shruthi PCB’s made to sell. After discussing this with Olivier, I’ve decided to pull the trigger! Initial PCB order is for the MoBo and 4PM. Both will be black. If this all pans out well, I will order other filters in black as well, so it will be easier to add filters without having to buy the control board again. The order was placed just moments ago, so I’m hoping to have them in hand by this time next month. I will also offer pre-programmed chips. Doubt I’ll do any type of kit though. But, we shall see.

As for the designs, all of the circuits are the same. I did not make any changes. All of the logo’s have been removed and replaced with the LSW Star.

This is the most important part ABSOLUTELY NO TROUBLESHOOTING IS TO FALL ONTO OLIVIER! I will have a disclaimer before a purchase that any and all troubleshooting questions need to be handled through Laurentide SynthWorks. Any questions sent to Mutable Instruments will be ignored and will cause a rush of stress to surge through Olivier, causing drastic delay’s to Eurorack Module designs! I’m going to look into getting a forum up on my site specifically for troubleshooting.

But, yeah. Let me know if any of you have any questions or concerns.

This is super exciting!

Sounds great! I’ve barely finished my first Shruthi and I’m already itching to get started on another, possibly selfsourced.

Perhaps the support URL/email address should be printed on the PCBs?

That’s a good idea 6581! Ill add those to the pcbs for the next batch. I will be putting a disclaimer with every shipment.

FYI, I just posted a forum in preperation. First batch of control PCB’s and 4PM filters should arrive beginning of next month.

Also, I’ll only be selling the pcb’s so all of the parts will have to be self sourced. I will have mouser baskets available though to help.

@qp, if you’re selling the pre-programmed CPU, make sure you mention that too. I know you wrote something about it in the first post but I think most people do not have the resources to flash the CPU.

I edited the previous post. It’s been a bit of a busy day. Day job, shruthi’s, ambika’s, werkstatt’s, eurorack proto’s… Me head is a bit sloshy atm.

The Atmels are the last thing I need to organize. I’m planning on getting an inventory built up next week as the day job is finally slowing down for the season. Yay!

Good stuff! I never had any doubts that the community we have here would keep the shruthi-1 alive.

QR code on the board maybe? for support.

I totally understand the no support from Olivier thing. But it seems a bit at odds to use a totally different forum altogether.
Might an “Unsupported Projects” subforum here be better, or no?

I think he wants it completely at distance, out of sight, out of mind. It’s hard to resist helping people with problems.

Plus I don’t suspect this site is free?

The control and filter pcbs arrived today Cases are on their way. First I’ll build up a set and make sure everything checks out, then they will be available for sale.

btw, I decided to leave them nameless. They will be referred to on the site as “Monosynth Formerly Known as Shruthi”.

Also, I have set up a forum on my site as well. I’ll have all troubleshooting landing there. I’m also going to put a build guide together to help further distance this from Olivier. 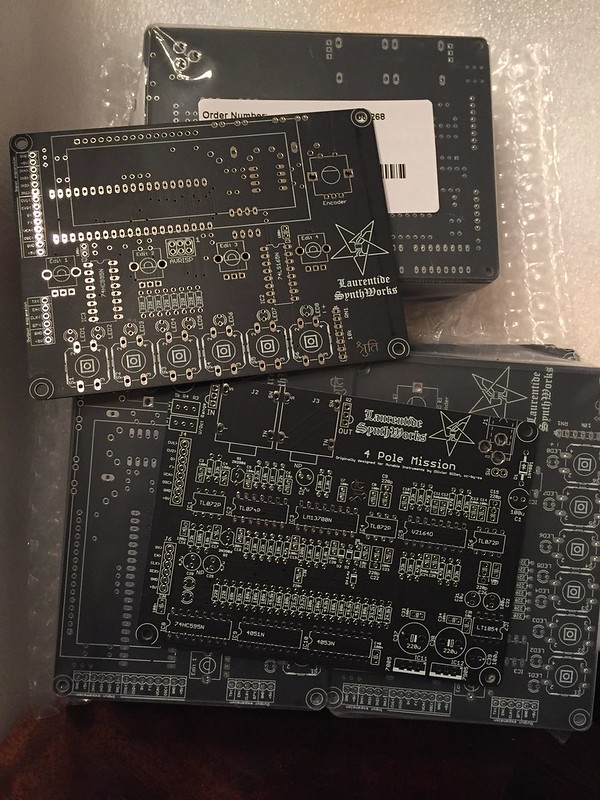 and here’s the forum

@fcd, they will look gravy with your case for sure. So looking forward to that package to arrive!

Boards check out! Still waiting on the cases from Frank. Hopefully they’ll arrive this week. 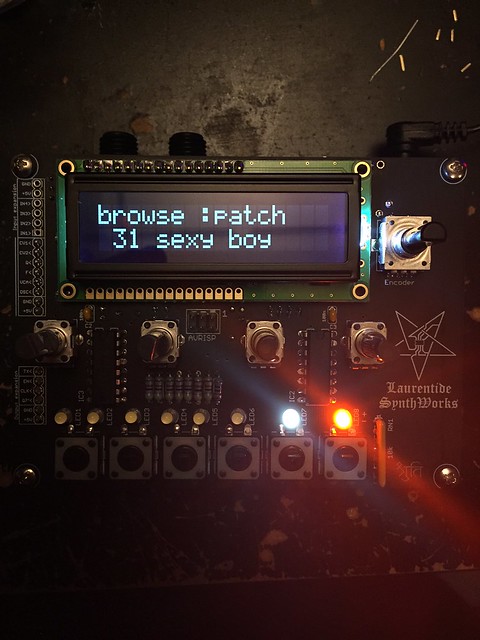 Also, I decided it would probably be best to have PCB’s and full kit available. I’ll start with 10 kits and see how it goes. LED’s and LCD for the kits will be like the pic above.