Hello there,
At the moment, I was able to grab a Metal case for one of my shruthis. Thing is, my Polivoks Shruthi is without case at the moment.
I’ve seen some really awesome designs online for it but everytime I found myself in front of a wall as I don’t have access to any equipment or so.
(I’m also kind of a noob…)
So yeah, I wanted to know who makes Shruthi cases or, if I can find a cool design, where can I make one myself (or what equipment do I need to have for this)?

Adrian makes them, so I guess you would just wait around until he finds you, or you go looking for the aptly named “Metal cases” thread…

As for making your own, well, a CNC machine would help, but you could cut metal plates to your desired size, and either weld, or glue(with wood bits on the inside), or even screw them together, then powder coat the result. Unless you have some experience with this, it’s not going to look anywhere near as awesome as a already made metal case though, so ehm… Yeah.

Or you can use wood, which typically is easier to work with …

Even easier is a ready made box with a perspex top (using round buttons to make drilling easier),
where you do not need to stack the boards (I like to actually see all that stuff inside

Wood isn’t metal though, which it sounds like he/she/it wants…

Metal is just a kind of harder, metallic hardwood. So there!

Welp, I was thinking mostly acrylic/plexi as I already had a metal one (and it looks awesome). And since the clear red plexi cases are sold out, that’s something along those lines that I was looking for.
I got a response from somebody this morning (who isn’t Adrian) regarding a nice Polivoks-themed case buuuuut it would be useful to know for future projects (and the fact that I sold the idea of a Shruthi to a lot of friends).

For Plexi Cases just drop me a Line. Im Back to Full Production.

There will be last amount of cases sold in MI store soon.

Heh, I was just covering all the bases

I bought a Shruthi case last year from this site.

Hi, I still have some cases in stock.
adrian.hallik@gmail.com 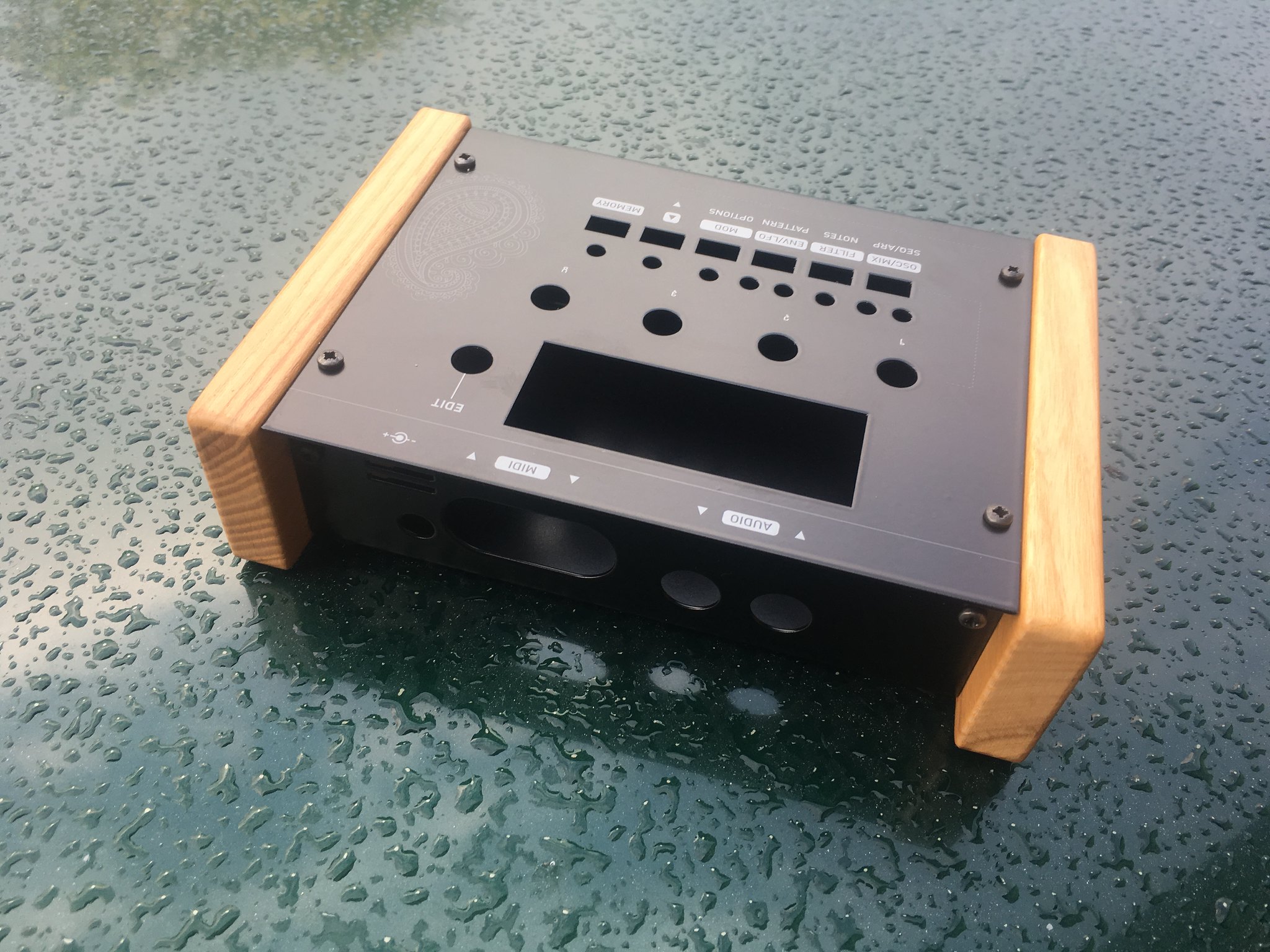