This discussion was created from comments split from: Census of successfully assembled kits.

On the recently sold Cases theres a “Remove Protective Foil before Flight” Note. Maybe its not clear enough and a red badge should be added?

Is this addressed at me, and if so what do you mean???

@SimonH: the case will be very clear after you’ve peeled away the protective foil. Start from a corner…

Oh, well I tried to find stuff to peal as per instructions and couldn’t find any…

Will have a look in the morning. Maybe get her indoors to have a go as she’s got nails

Very happy it’s nothing worse than that, thought I’d done something badly wrong…

I like this mystery look - much nicer than the boring clear cases seen everywhere ;-).

Is this a standard case you got from Mutable Instuments? If so its meant to be clear… the Foil is on the inside from the Top Panel. You should also see some green markings somewhere.

Is there any plexi with bio-degradable protective foil that will dissolve when exposed to air and light?

i this case it wont be protective anymore =)

They would put a protective foil over it to keep the light and air out during shipping and storage. You would remove that just before assembly so that… oh wait…

I say it again: leave it on for that mysterious misty look! 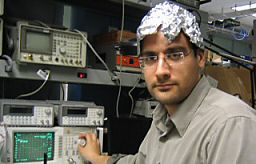