Ok let’s start a heated discussion about one of the things that currently annoy me a lot (yep I’m trying to distract myself from the real problems in this world):
why is there so many small desktop synths that don’t have a power switch?
It’s really annoying because every time I switch on the power on my little music studio they all go on, so I have to unplug them if I don’t use them (you know OLEDS tend to degrade with time, so better keep them off when you don’t need them), but then the plugs slip away, fall down behind the desk, then I have to crawl under it to retrieve them.

So who agrees with me?

The WORST is rack gear with no power switch…my Overstayer Audio Stereo VCA has been on for 2 days…thanks for reminding me.

While you are complaining, can you point me out where to put the switch on the LXR - I’m looking for a solution for a few days now….

ive got some mini on/off that i can fit anywhere, will post pn when i get home

While you are complaining, can you point me out where to put the switch on the LXR – I’m looking for a solution for a few days now….

hey what’s the point in complaining if you don’t do it in a total gratuitous manner?

Actually I’ve been thinking quite a bit about that, since I’m planning on adding one on mine, I think the best place would be on the left side panel, more or less under the “shift” button.
Or on the back between the USB plug and the SD slot.
Or if it’s a really small one, right under the power connector

I have a couple power strips with all of my gear plugged into. With just a flip of a switch everything is turned on or off. Plus, this keeps the wall wart from sucking up unused power. I rarely ever use a synths power switch.

@qp: so you don’t switch off the gear you don’t use, or are you always using all of your gear?
O have a power strip with a power switch too of course…

@rumplefilter
The right side is reserved for the Trigger Board, under the Audio jacks makes no sense, on the sides to the back is either the regulator or the Trigger board… and i dont like switches to the sides.
Best option would be to the front 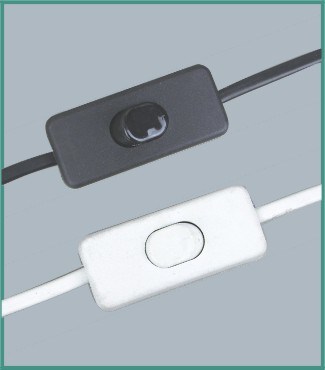 @fcd72: yeah I hadn’t thought about the trigger board. I think I’ll still put it on the side, I don’t mind. But I can see why it would not work for mass production

The only way to fix this is to stop buying gear without power buttons.

The small desktop synths and the modular are on a power strip with on/off switch. My larger key synths I turn on and off as needed. I also have a 3rd strip for effects boxes. Since 95% of my gear is analog, I like to have most on when I’m in the studio so its ready to go at any time. Plus I like the spaceship blinking lights.

Have not ordered some yet so I cant tell how good it would fit in the real world - but in theory it looks like it should be working. Should clear the 7805 - maybe you would need to bend 2 caps a little to make it fit.

@rumpelfilter: ever thought about a power-strip with individual switches ? I have seen other ones with larger spacing between the sockets, perfect for plugging in several wallwarts. But I can’t remember where that was …

And it gets cosy warm in the studio with all the gear on…
But I do like power switches. I added a big power switch to a polivoks XT I did last year and was surprised how much more ‘real’ it feels when you can switch on a machine.

@janniz
Where did you find that socket/switch combination? Can you post a link, please?

Uhmm, thats part of the “why I did not order yet”-problem. Best I could find for now … but you have to get 25 (Edit: Now its 50??? Who ordered all the small packs?) minimum. And this is the RJ002 not the RJ005 I am looking for. I could still get them from Taiwan if I take at least 500 … not really sure if I would need that much

Manufacturer is “Dailywell”, Part-Number RJ-005. Maybe you are lucky and can find a better source for those.

Edit: someone on here mounted a similar looking connector to his Shruthi, but I cant find the thread …

I admit it, I probably have a fetish for switches. I like to switch stuff on and off.

This said, of course we talking abut “first world problems here”. I’d rather have a great synth that sounds totally cool without a proper switch than the other way around.

This thread, which as you might have noticed is half-serious half-idiotic, comes from the fact that (as you might know) I work as a designer on many electronic music kit projects, and I often have this issue with power switches. So I stated to seriously wonder if it’s just me or if other people think that it’s an important feature too.
When you have to work on a case it’s something that you have to think about. “Does it need a power switch?”, “if yes, where do we put it?”.
In some cases (pun not intended) it might be tricky (see the LXR case above) find a proper position for it.

I promise ill include Power Switches with my newest Module

How about a power dial? Off—>On—>On fire.