[NSFW] The one and only gear pr0n thread

The derailment 0verlord and case guru extraordinaire said that this thread ought to be started. If I only could attach pictures straight from my phone… Frank, if the surprise isn’t too secret (stealth RAM coatings, carbon fiber, titanium) I’ll post some later Gear? As in Ashlyn Gere?

Holy cow , a blast from the past

MIDIbox SEQ in the dark?

I can do dark, also… To the very left: Yamaha U3 Piano

at least I can tell that one part of the rack at the right was showed at the dinosaurtreffen thing.
(and all those shruthis are not even powered on :()

jojjelito you should really show a pic in light. the SeqV4 is just the tip of the iceberg

this is the worst NSFW thread i have ever seen.

yes like empty promises. i’d probably be number 1 with my totally stock untuned x0xb0x i finished just now, imagine that.

Here’s a red hot russian for ya:

here’s a better one: 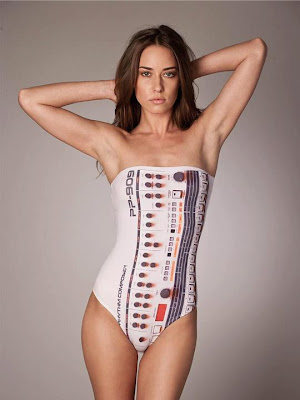 ähem, i meant this one: In these cases you should definitely use sockets to facilitate part swapping.

Ummmm… my synth is bigger than yours? (and older!). “The Mutha” is still for sale by the way… the photo shows a portion of the other side of my synth addiction, old stuff vs modern DIY (MB6582 excepted). Exhibiting them like this, laid bare, I feel this thread could have an alternative title, something along the lines of the synthaholics anonymous thread. Yes, my name is Joe and I am a synthaholic. There, I’ve said it. Can I go home now?

Pull the cord on mine and it turns in to the second one of yours. Honest.

Oh and does it matter whether she can play or not?