So Novation have released some libraries for making “apps” that run on their new controller. It’s not the full firmware, though, but it looks like you’ve access to a lot of things. Interesting, although I sort of think it’s missing the point of open source (since I still have to play by their rules). 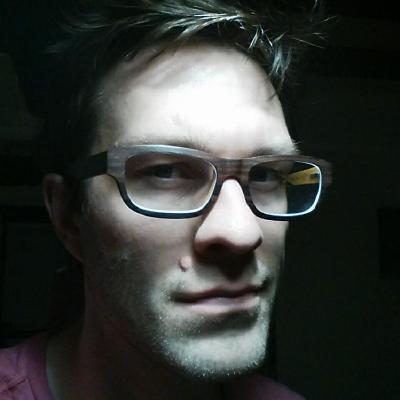 Looks like the code they have released addresses a HAL (hardware abstraction layer) under which all the hardware drivers, memory and storage management etc, which they haven’t released, are hidden. So you can only write plug-ins. Better than nothing, but no, not the real deal. Interestingly, it runs on and STM32F103, just like Braids, Tides, Peaks, Frames, Yarns and Streams. Someone could write new hardware drivers to completely unlock it, if they were sufficiently motivated and skilled.

It’s pretty sensible to have a HAL if you can afford the overhead. It’s all about being able to port code across easily. Linux on ARM has annoyed Linus lots, you can’t easily create a single kernel that will boot on any ARM chip.

This guy did a pretty cool alternate ‘firmware,’ adding exactly what I was hoping for: user scales and a sequencer. So far there is no access to the flash memory, so no saving patterns / layouts. https://youtu.be/_G3-Z9f-Xr0

Pretty amazing! This just became the most powerful hardware sequencer under 300€! Only downside: having to mess with binary codes for midi channels and CC numbers… which honestly is quite annoying. I wish Novation had thought about adding a little display for alphanumeric text on this one.

>This just became the most powerful hardware sequencer under 300€!

Take a look at the Zaquencer for Behringers BCR2000. It’s also extremely powerful, gets updated constantly and is even cheaper (140+70€).

There’s some good ideas here…I like how the aftertouch is assignable, and the extra cc faders. Some parts seem like a bit of a compromise, like having 8 buttons to set the tempo, and the binary codes as rumpelfilter mentioned. It’s interesting that we’re seeing more custom re-purposing of hardware at the moment.
>This just became the most powerful hardware sequencer under 300€!

Any Beatstep Pro owners want to chime in?

Beatstep Pro is a different beast, it has CV
Zaquencer is very full featured, cheaper but lacks performance controls
Launchpad Pro seems quite cool, slightly lacking some screen and buttons to ease use
Classic Beatstep is cheap, has CV and has nice pads but lacks a screen too.
SQ1 is cheap, has CV and LittleBits connection apart from midi but is limited (“classic” some might say) in number of steps and tracks.

Anybody mentioned Beatstep Pro ? Killer sequencer imho… i love this baby !
Compared to his predecessor there are worlds between them. V-trig/S-trig configurable, 0-10V, 5V / +5V no issue. It doesn’t matter if it is USB, MIDI, SYNC or CV/Gate/Trig this one does them all. I have integrated it into my setup within one day and even kicked out my Korg Padcontrol, as the pads are really smooth. I even use it for my 505 and '09 when it don’t want to use their internal sequencer.
But i do not think it is full comparable to this approach as this one is still a matrix controller and not a sequencer in a classical manner.

keeping it derailed for a minute- I hope to have a Digital Warrior with Karg’s mods up and running soon- will be interesting to see how it compares when you add a screen. I must admit that my usual approach to sequencing is to use an SH-101 style one, just for ease.

@flocked: You’re right! I forgot about that one, pretty impressive as well!

Beatstep Pro: Had one for some time but gave it back. It was one of the most akward and generally underwhelming sequencers I’ve ever used. It’s funny because some people really like the pads, I found them kind of unresponsive and very prone do double-triggering. The biggest problem with this sequencer is that despite being really bulky it has a very badly arranged interface, showing mostly in the displaced arrangement of the step buttons and the encoders. I guess you can get used to everything, but well, I didn’t find it inspiring and a bit too limited for the space it would take up on my desk.

Karg’s DigitalWarrior (now called GHZ Warrior) on the other hand could be really cool. I used to own the original DW but sold it because a couple of things didn’t work as I wanted, but it looks like what Karg is doing, will add all of the stuff I was missing. Well let’s see.

Kilpatrick are entering the sequencer game as well: http://store.kilpatrickaudio.com/carbon

@shiftr
I have a zaquencer and this alternate ‘firmware’, i was wondering how you pictured using the two together?

Oh just an idea to use best parts of both sequences together… This one has nice grid sequencing and a morphological keyboard. The Zaq has nice “potmeter” step sequencing and such…
A friend of mine uses a MMT8 MPC1000 and a Zaquencer together. Each for different sequencers tasks…

Or a hellauntz for grids?

I bought a triggerfinger pro new for £90. combined with zaquencer is very nice indeed. hardware only though.

It may be crazy, but I just contributed to the Carbon Kickstarter to get one from the first batch. It looks pretty cool. I still want to build a midibox though.

There seems to be a massive range of choices if you want a fairly minimal sequencer. I still think you need a nice big interface if you’re going to bother creating one that is more powerful. Elektron seem to have the right idea, but their screens are too small.

Incidentally, the Beatstep Pro just got an update adding Song Mode and a bunch of very useful extras!