Note from the future

WAVE 0 was the Shruti-1: naive circuit using black boxes, switches and pots, suboptimal design, one MCU talking only through UART.

WAVE 2 are 2 upcoming (3 to 6 months) Mutable Instruments products (we’re not talking about the MIDIpal here). Some changes that will be introduced:

(But I still want one, whatever it is)

What’s scary is that you had me at Wave 0. My Shruti-1 still kicks butt like synths way more expensive. Can’t wait!

3 pichnettes’s month = tomorrow for us…

What about doing vector synthesis with a Wii nunchuk?

Well, go on then! Loving this idea.

If one says vector synthesis, should one not also say pol******nic?
Keep up the good work pichenettes!

Why am I always a sucker for vector synthesis? Maybe it’s because the prophet VS sounds like no other. Those waves would be cool to have on-board!

Interesting to see that Mutable is going in the same direction as others. Arm, graphical displays (we want OLED or bust, SD-cards and USB.
After playing Child of Eden on the cross-box we want to do synthesis with Kent Kinect)

I can hardly contain myself now 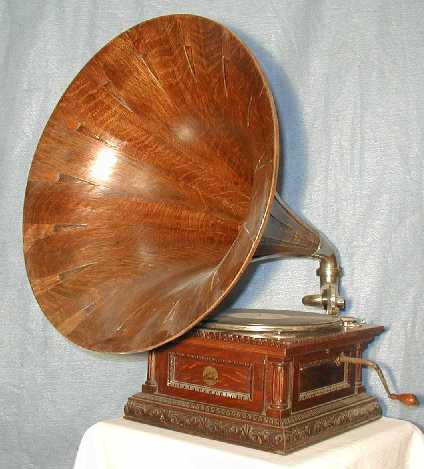 everything’s going to be alright!

have you been following developments in the MIDIBox world, pichenettes? Thorsten, who runs the project, is in the process of transitioning to a new ARM-based setup for the new Core modules. They’re using the LPCXPRESSO development board, piggybacked on top of a custom PCB with headers for various I/Os. 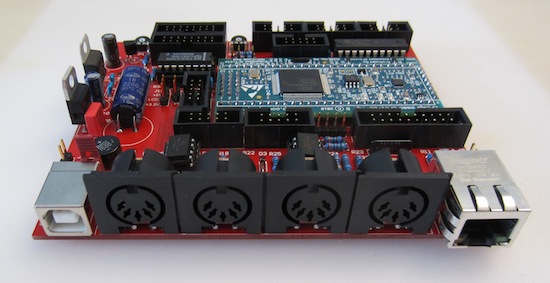 It looks a bit Frankenstein, but it does provide USB, ethernet, LCD connection, SD card support, audio i/o at 44k Stereo, as well as more standard analogue and digital input and outputs, which is pretty cool. Also, the NXP LPC1769 is hugely more powerful than the 8-bit PIC chips that used to be used in MIDIBox projects, and you could potentially write an entire synth engine just on the one chip. Thorsten is currently experimenting with code derived from the eSpeak speech-synthesis project, which he’s been able to port to run entirely on the LPC chip, with audio output through a DAC.

There’s also talk of the forthcoming MIDIBox SID software supporting a graphical touchscreen interface, which would be pretty exciting, so maybe that’s another thing to consider, in the longer-term.

Yes I’d like to switch to the LPC family for WAVE 3. There are a few things in the STM32F that I was not convinced with.

One risk in all this, and something I am constantly reminded of is that there’s a point when you start competing with Apple. You know, touch screens, wireless, large storage… A point when the platform becomes complex enough that you either a/ spend months developing drivers and systems code or b/ start running a heavy OS on it and get all the “benefits” (increased latency, loss of stability). I don’t want to get there. There’s no point doing hardware when the hardware increasingly looks like a general purpose computer. Wake me up if I get there!

I think you really are on the right path with your approach, keep things simple and try to stay clear of too complex platforms. But still, it’s probably all about finding the right balance, between power and simplicity.

I completely agree about the necessity to strike a balance. That’s why the analogue filters of the Shruthi-1 are so nice.

Talking of latency, and OS-bloat, the LCP17 is apparently able to run a version of FreeRTOS, which has all kinds of fancy functions for minimising latency, and scheduling events, etc. Not sure how/if these would be helpful for the kind of things you have in mind though, pichenettes.

Oh and don’t even think about going all DSP, the analogue resistance front will hunt you down!

the analogue filters on the Shruthi are probably it’s greatest aspect!

There’s only one “full digital” synthesis project I am thinking of, and it’s not high on my priority list. Not even sure if I shouldn’t do it as an AU/VST instead. Rest assured I will stay away from VA territory…