No sound, no lights, power distribution checks out [SOLVED]

What could this be? I checked all solder joints, reseated the ATMEGA. Using a 9V PSU. Upon turning it on I just hear a ‘plock’ sound.

Voltage readings (according to the Power Distribution chapter in Troubleshooting):

Sure! Sorry for the bad quality. Dark around here. Will post better quality pictures tomorrow morning. 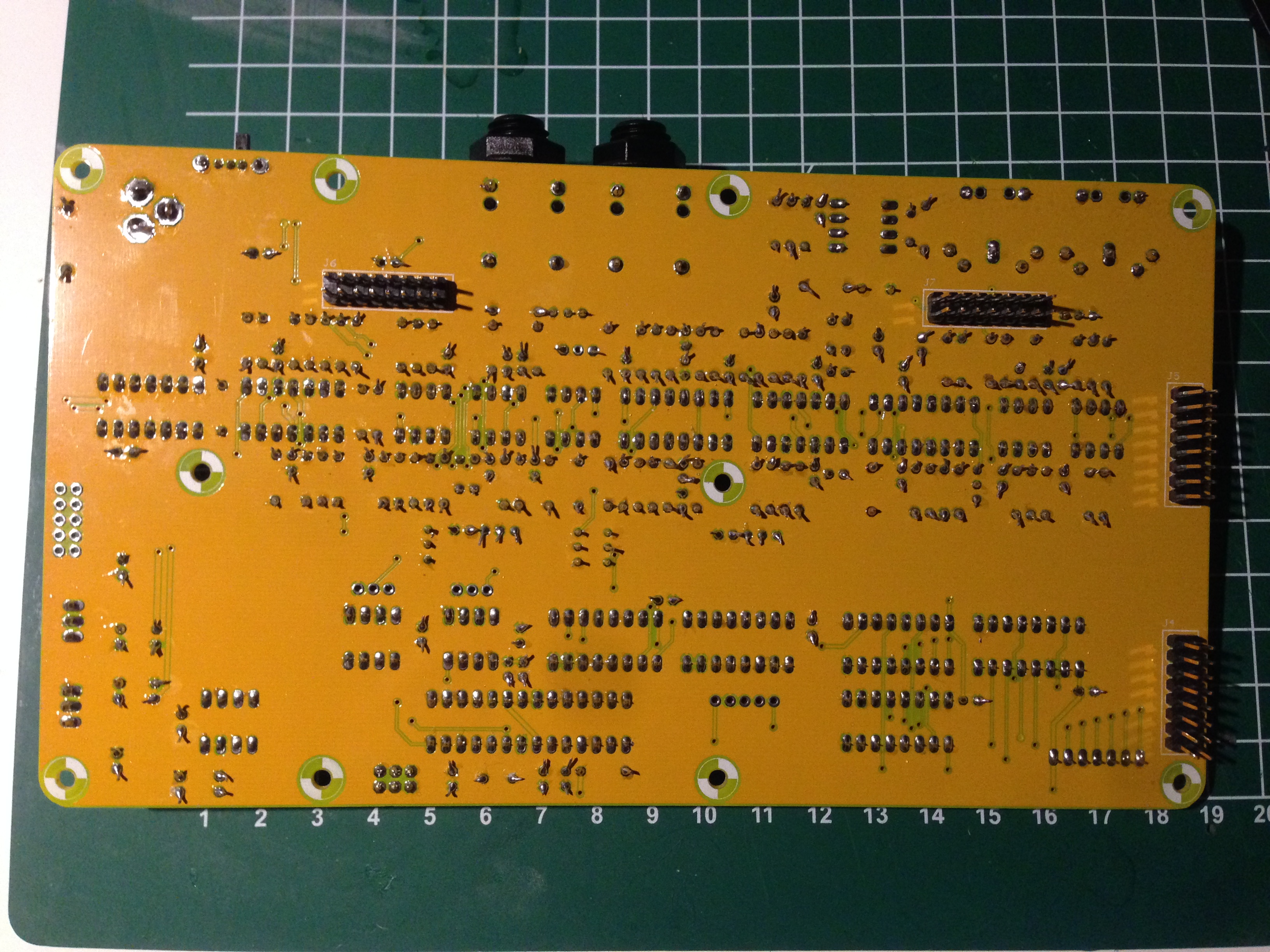 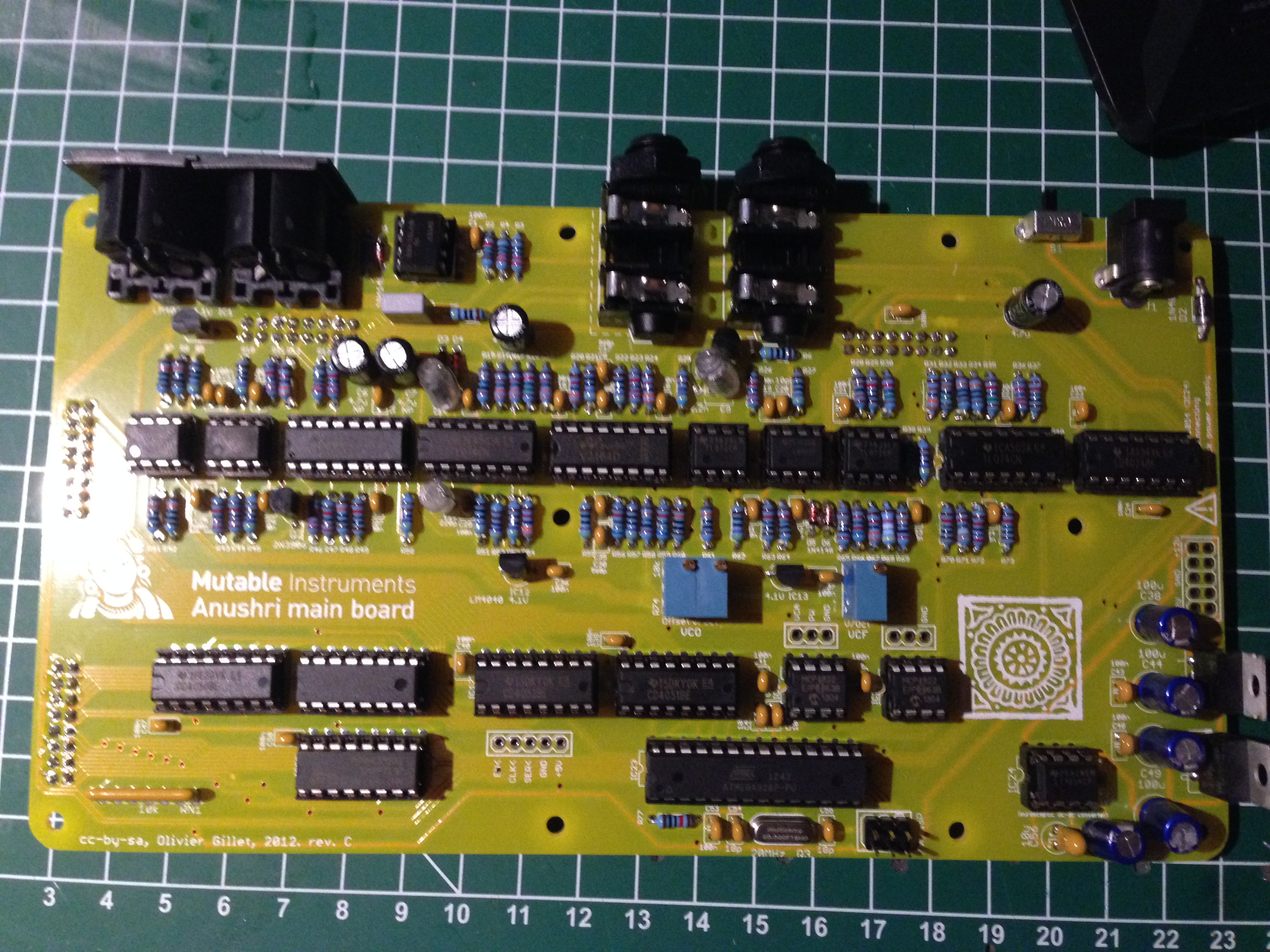 PS: during construction the only doubts I had was about the orientation of the resistor network. Am I correct that the lettering should be placed inwards?

OK, thanks, good to know! 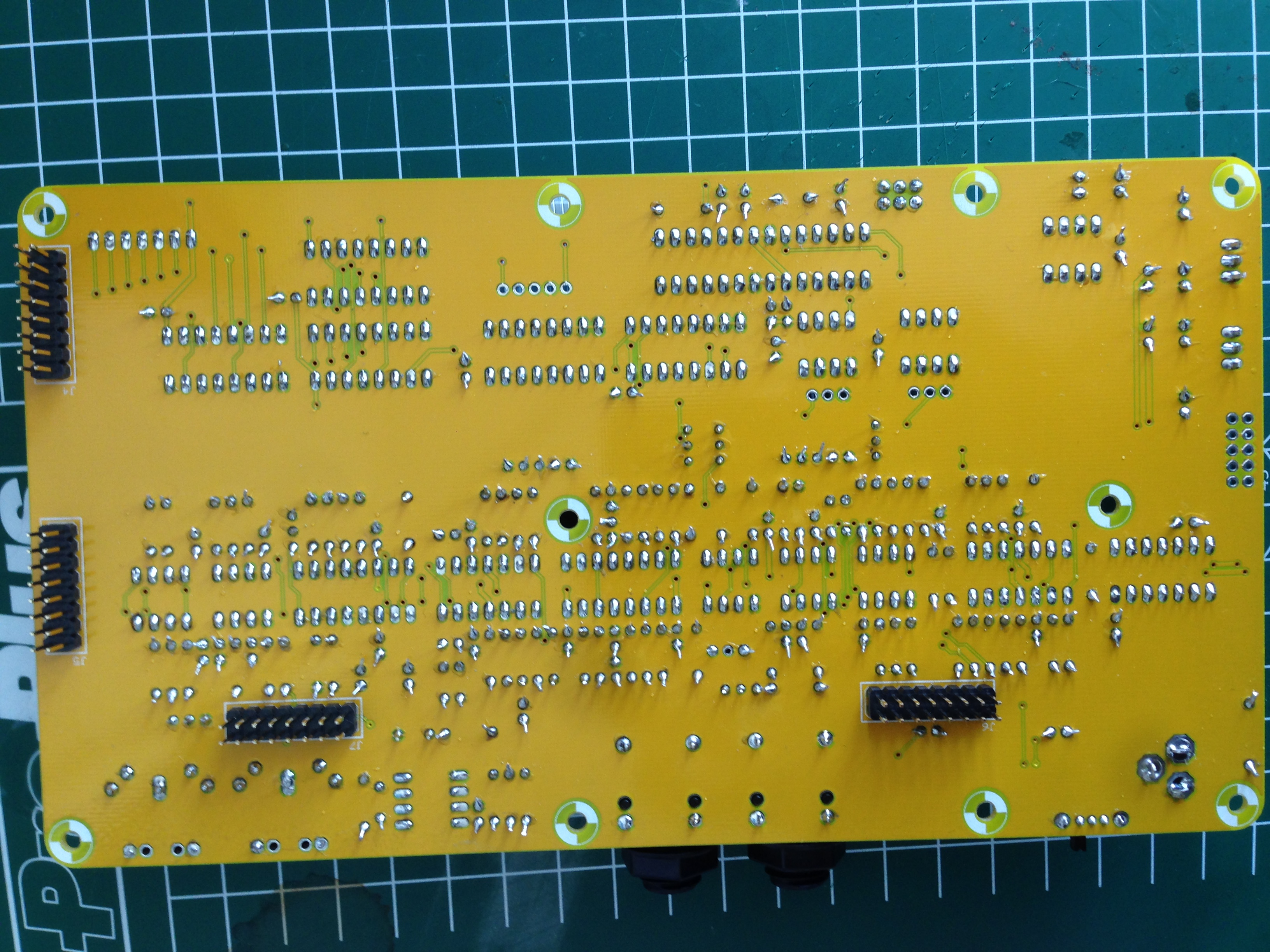 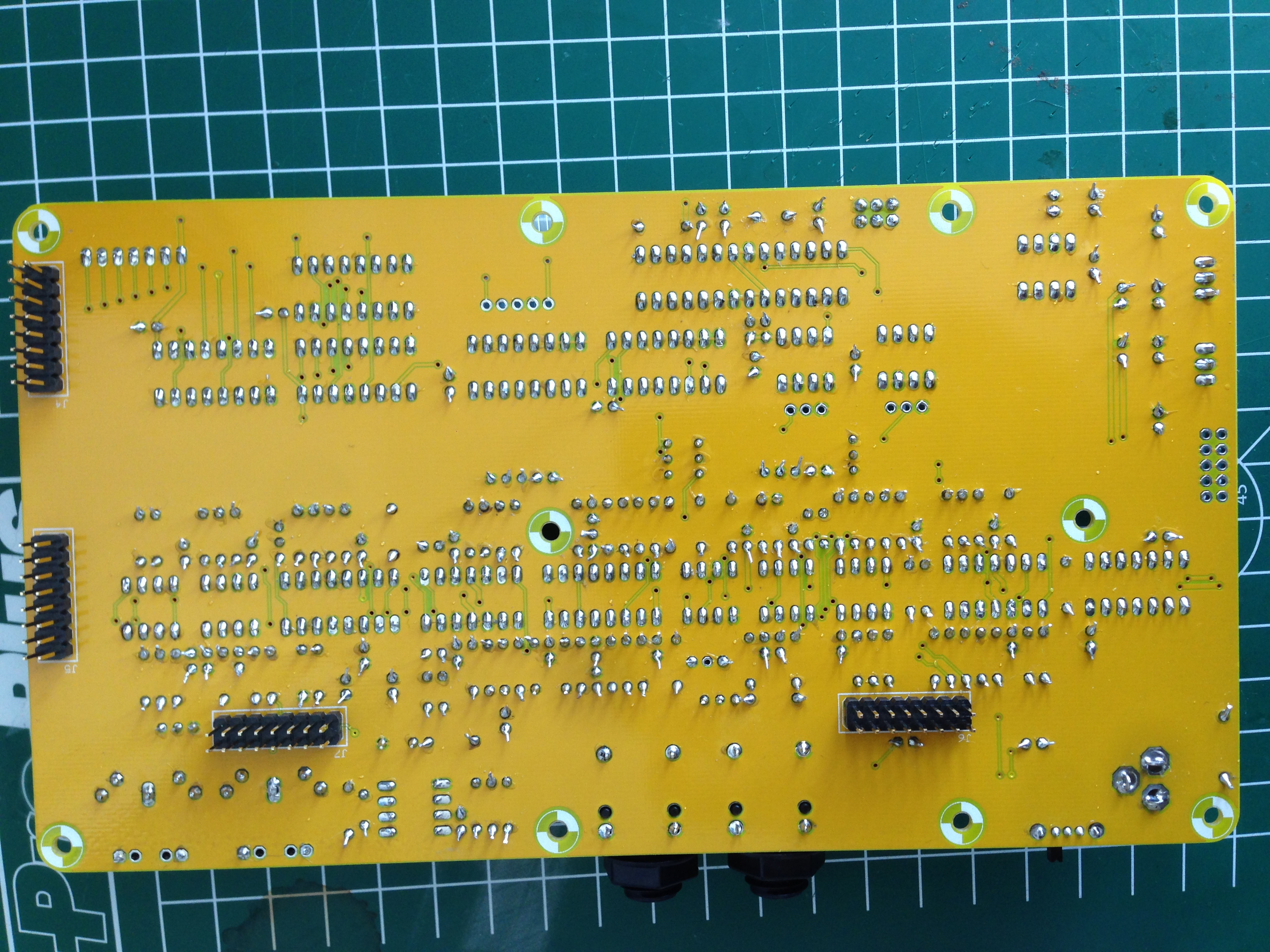 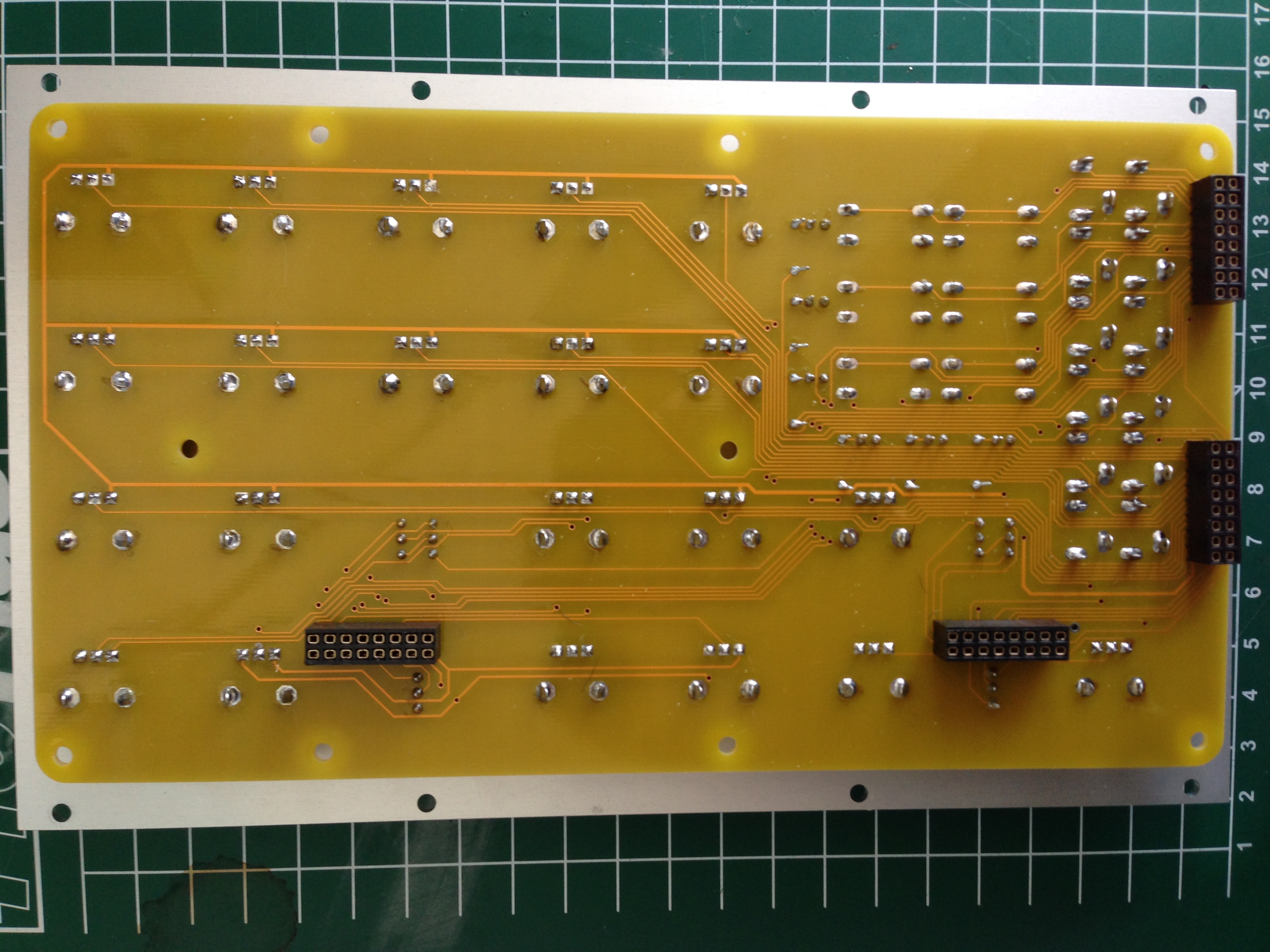 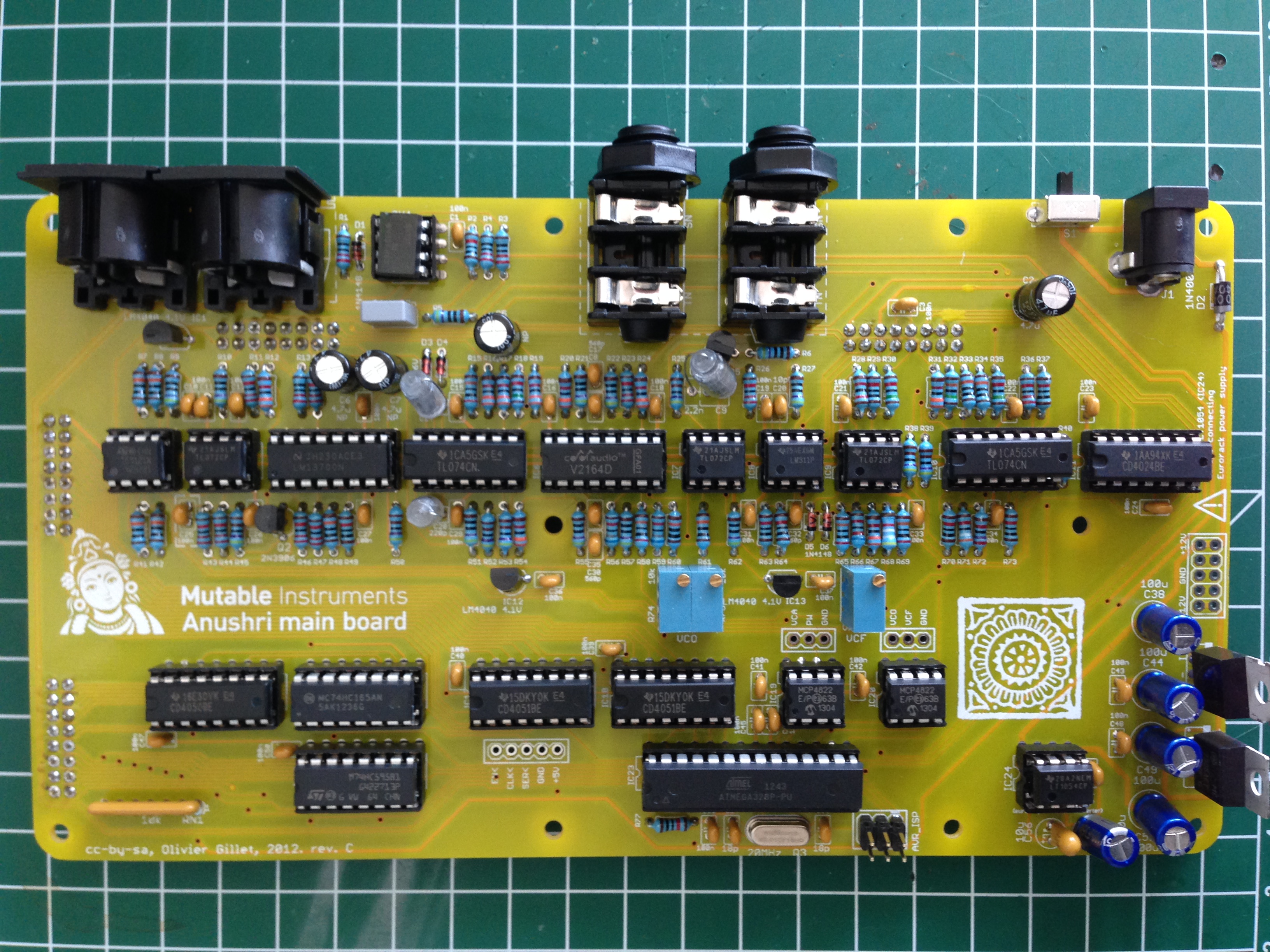 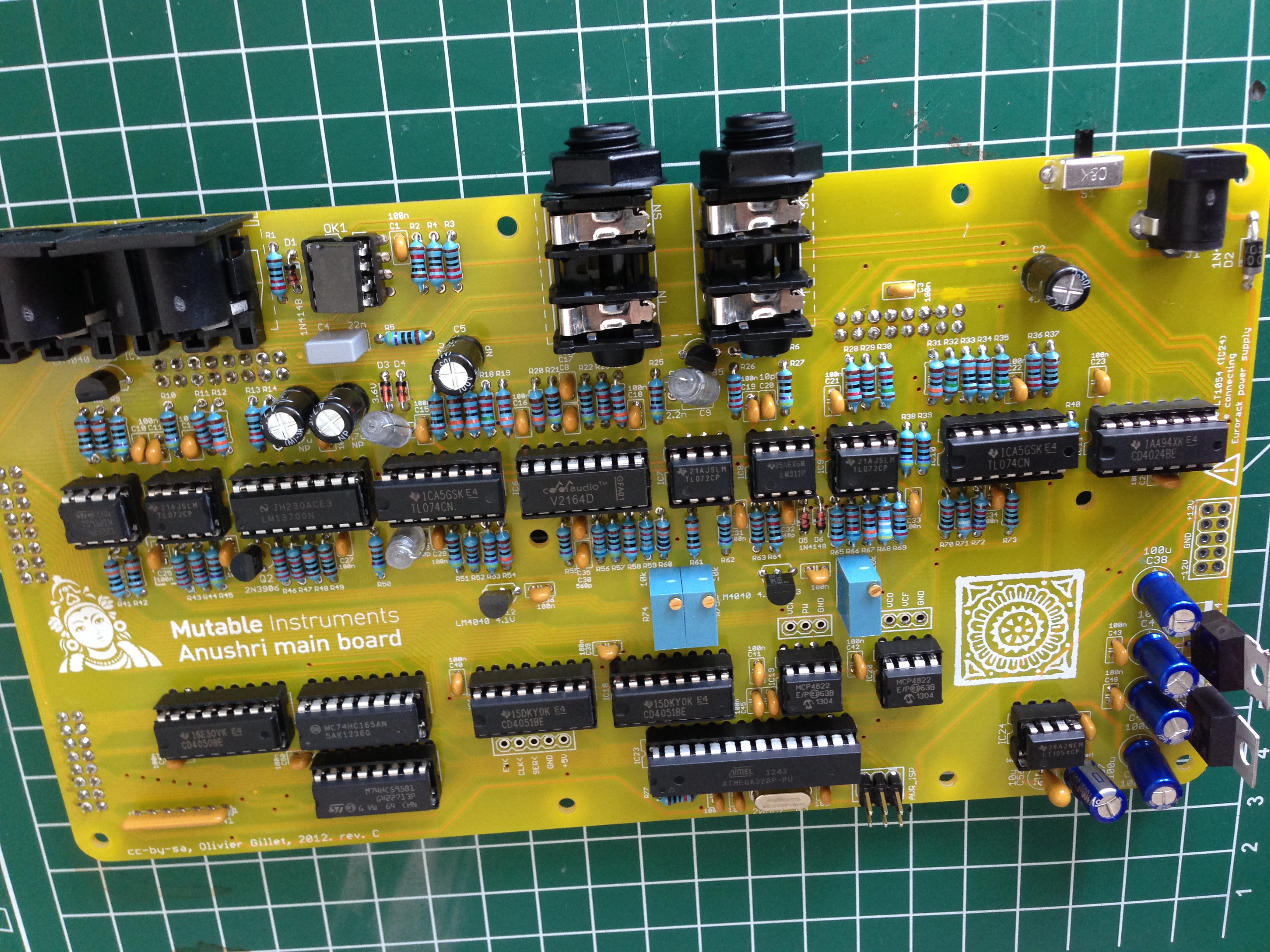 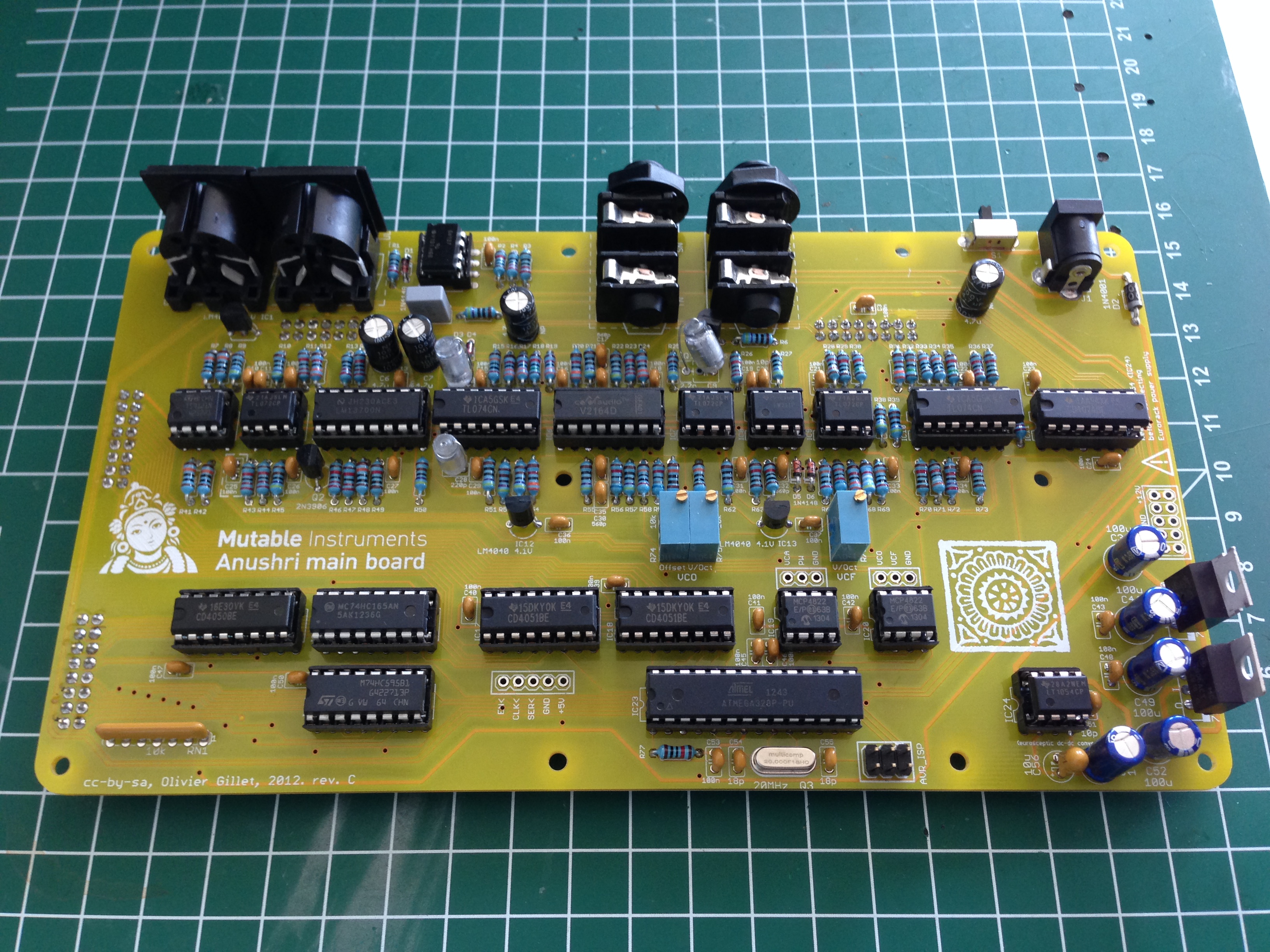 I have a spare 328 lying around… would it be useful to try swapping it around or is this a useless maneuver? I would expect the leds to work with just the AVR, correct?

Yes, that could be a good test. Do you have anything to program it?

It already has a bootloader, Optiboot (since it came out of a broken JeeLabs LedNode). So I’ll just pop it into an Arduino and… oh wait! I see that you have your own bootloader, correct?

Then load the firmware itself using MIDI?

So use the chip with optiboot. Flash it with this .hex file:
http://mutable-instruments.net/static/firmware/anu_0.92.hex

Put it on your board. If it works, I’ll send you a replacement 328p with the correct stuff installed on it.

Well, that is interesting! Flashing went OK (328 in Duemilanove, avrdude to upload the .hex). Now: sound! But no LEDs. Controllers seem to work, but not the buttons. I get an oscillator, can use the knobs on the synth section. Sub oscillator/filter/LFO all seems fine (and cool too)

But I can’t switch to the kbd/ctrl or drums part.

Perfect, it works! And it’s a lot of fun

I’ll take a look at the original 328 again. But no need to send me a new one, this one was doing nothing anyway

The original 328 has no issues whatsoever. I guess it’s a fluke that it didn’t make audio with the ICs switched around yet the other time it did make audio.

Thanks a lot, will post a pic with beautiful case in the consensus thread soon

now to put on the knobs

So glad you solved it! I looked at your pictures for ICs with the wrong orientation, but didn’t check for swapped parts…

I put colored LEDs in mine (blue at the top, white/red/green below), but they’re a bit too bright

will increase the resistance a bit.