Any ideas what this will be?

Where does this info come from?

it’s all over Facebook, could be BS but even Sonic State’s talking about. 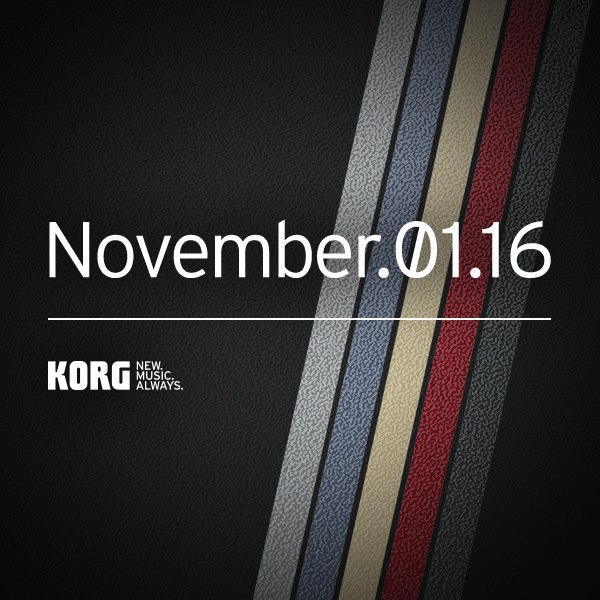 Mono/Poly wouldn’t match the color scheme? I’d love to see a re-issue of it, though.
Somebody also mentioned the Polysix … Its just a couple of days and we’ll know. But whatever it is: I am completely satisfied with the synths I own - for now. So my wildest guess is: Korg is going for carpets. Or towels - because thats what it looks like to me

Maybe they’ll just do a bigger Minilogue? Maxilogue? 8 or 12 voices would be nice.

they just need to produce new boards for all those acid-crippeled polys out there (-:

that would be nice

Yes I sold my poly6 because it was a maintenance nightmare… Not only the acid from the battery but also the keyboard contacts get really bad.
I miss the sound though… If they make a new one I hope they upgrade it to 2 oscs and 2 envelopes.

I think it looks and sounds really nice. Sure, there are a ton of monosynths on the market, but this one is knobby and fully programmable, and has what looks like a cool full-featured 16-step sequencer.

Oh, and it has microtuning! I recently had a blast with that on my DX11.

Also, I’d like to add that as a bass player, I think it’s kinda cool that the keyboard goes from E to E.

I like the colours.
I’m sure they will sell my the crate-load.

Do they have SH-101/Poly-800-style pegs for attaching a guitar strap? Definitely a missed trick, if not…

> Also, I’d like to add that as a bass player, I think it’s kinda cool that the keyboard goes from E to E.

Yeah that’s an interesting touch, never saw that on a synth, but I appreciate that once in a while something is not totally C-centric!