Get yours now, they’re going fast…

I’d rather have an Anushri.

The link I saw said 330$. That is a bit too much for me. I am very happy they did go though with making the kit public though!
By the time I spend 1/3 the cash of a Sub Phatty, I’d get a Sub 37. I am still going to hold out for the desktop/rack version though. I am patient.

On second thought, the new Threremini is a better deal! When they allow custom sample import, like the Animoog app, I’m getting one. If it had standard MIDI din with the USB, I’d already have one. I have no idea why they charge so much for analogue compared to digital.

Sorry, I put this in the wrong topic

A no soldering >kit< ?? No MIDI at all? Ment to be for education and customization - where is the schematics? At least a nice name… And the guy of the muug advertisement video has got a cool scope glowing in the background.

werent these $99 at the moogfest?

Is this actually worth acquiring? or is M00G trying to cash on on the name?

It does have CV in however ( anushri!)

But I fear that with Microbrutes and Volcas , the price may be to steep

Already sold out is my understanding.

Amazing, for so many reasons.

“But I fear that with Microbrutes and Volcas , the price may be to steep” @dude163, you forgot about the power of “the name.” It’s the same reason people continue to buy Harley motorcycles.

“Is this from that company that did this Synth with that one Flute Sound, that one Base sound and that one and a half Lead Sounds that sound mostly like Kraftwerk?” 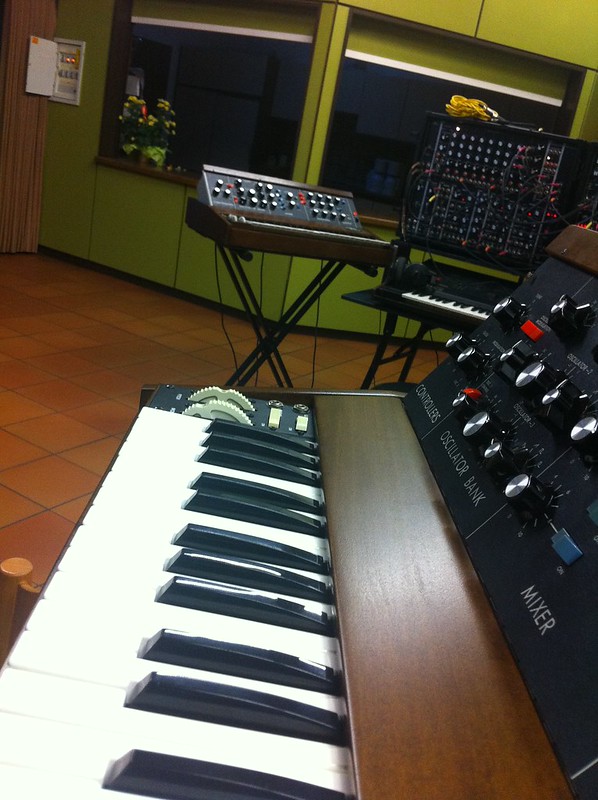 Autocorrect bass fail? Happens all the time to me. They are control all my bass aaah

I was gonna buy one and wait a month and flip it for 2 grand!

re " the name" I better be careful in case you find out I own a Leica!

Sounds like my love of Global knives. Then again, unless looking at handmade stuff, there’s nothing better out there.

The good ole M is like that. Great at what it does, not that versatile and the value for money is a bit debatable…

Moogs can do a lot more than what we typically hear, and they do sound great. However, they are expensive and usually only have a low pass filter. The Moog Voyager has a filter architecture similar to the OSCar with a spacing parameter, shared resonance, and highpass filter , but no one seems to notice that.
I think that they are stuck in a catch 22 situation. They can and would like to make more advanced synthesizers, but then they become “confusing” for the average/advanced synth user who does not read the manual. Like Dave Smith said in his recent talk, a person who is know for their synth work will walk up to a synthesizer in their shop and twiddle a knob that won’t currently affect the sound. I have also seen this on more than one occasion.

Anyway, the important thing is that they sold out. There is nothing stopping them form making a cheap, fully assembled synthesizer at this point. The demand is there, but they have to make sure their bottom line will be there too. That is just running a business responsibly.

Guess a Moog will always be trapped in being a Moog. If it somehow was flexible like a Radias or an Ambika there would be cognitive dissonance galore. I’d be surprised if it ever was cheap. Looking at interior shots of the Voyager, there’s a reason why it costs what it costs. However, if you don’t need the “Moog sound” it’s not really a justifiable value proposition. I’d rather get a P12

And if you need the moog sound, there’s plugins for that… And plugins for distorting the crap outta it… Or toasting it with tubes… And outboard gear… And… and… <\\OVerload>

Actually i like this little synth pictured above. Its limited but it sounds nice at what it does (the 3,5 sounds…). Due to historic facts this isn’t traded as a Synth anymore - its an Artifact and price is determined in a right angel to reality. This Artifact state shines on anything they build and they are cleverly making a business from this. Oh and i like the Voyager Old School - not an artifact but also grossly overpriced and has a questionable Keyboard at least to my taste.