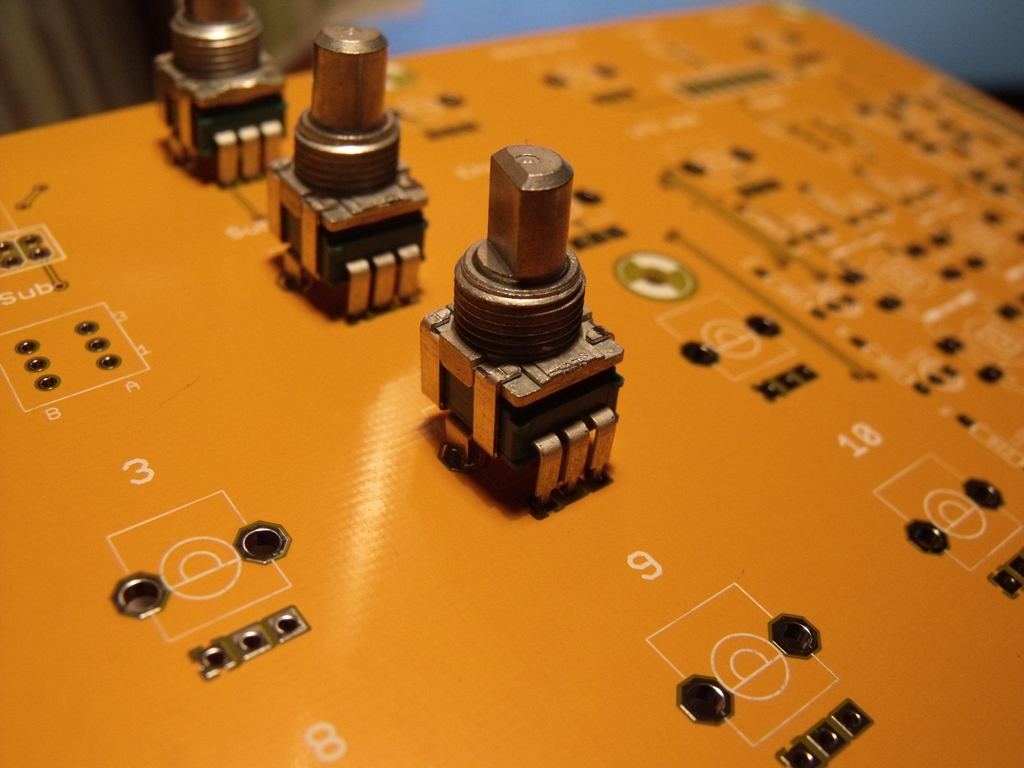 I’ve thought of things like this and the Smalbear/Alphas-is there enough shaft protruding through the case?

Its a different scale so it’s deceiving by looking at it. They stand off the board higher and the threaded bushing adds a bit also so the meat of it ends up actually sitting higher than the parts in the BOM so with a shrouded pot cap it works out perfect where you can push the cap all the way on and still have it clear the case by a good hair. Comparing side by side these are 1mm shorter overall but the ledge on the 6mm shaft does sit higher. I did have to cut the littlle orientiation tab off the bod also since that put the body of the part just over 10mm. The sketchy part is the fact that center notched ones like this (meaning 7.5mm height above the thread) are not readily available but the 20mm are which can be solved with a Dremel tool if you should be so disposed. The other issue is that these pots are not available in a 100KA which is what the res and vol pots are. As fate would have it, I had a number of 100KA pots like this on hand from a custom run for the MB808 way back when but for everyone else, the plastic parts will have to do

I’ve used the same series for the pots in my programmer… They have a nice sturdy feel too.