Recently, when doing the sound check for a live performance, the fuse on my band mate’s Doepfer case blew up. We later found out that it was one of his DIY modules causing the problem. Fortunately the Doepfer case has the fuses in the 220V connector, so it’s quick and easy to replace, if you have some spares with you.
Now the question is: the Meanwell has a fuse inside, if that one blows up, I can’t like take the whole case apart and replace that before a live show. How do you deal with this problem? Using fused mains connector?

Ignore it.
The Meanwells are fully protected against shorts - thats why i use them in the lab. You can test by shorting it, all you will get is it switches off, the green LED stops emitting and you will hear a clicking sound from the caps discharging…… if you remove the shorts it will restart instantly.

good to know! Thanks a lot!

I can confirm this.

It reminds me of the famous CROWN demo back in the days when Musikmesse was a real Musikmesse.

CROWN had an amp in an empty Aquarium, you could push a button and some Liquid that looked like water poured in, the amp shut down, liquid flow out of the Aquarium, some air dried the amp and it restarted……since then i always wanted a CROWN but nowadays i have all active Monitors ;-(

And btw. I did swap the old PSU with a new meanwell RT-50B, everything works like a charm now… but I noticed that without any load the meanwell will emit a high pitched tone, which disappears as soon as you connect some modules…

@rumpelfilter Noticed that too. I gues it tries to be a simple Osc when it isn’t hooked up to anything.

I even thought about adding a piezo pickup to use it as an oscillator! anyway, my case now works again!

Speaking about it… i have some Piezos ordered from Reichelt - how do i connect them to anything?

I suppose they don’t have any wires attached, have they?
Usually you just have to solder one wire to the “gold” part of the piezo and one to the central, silvery part.
Like this: 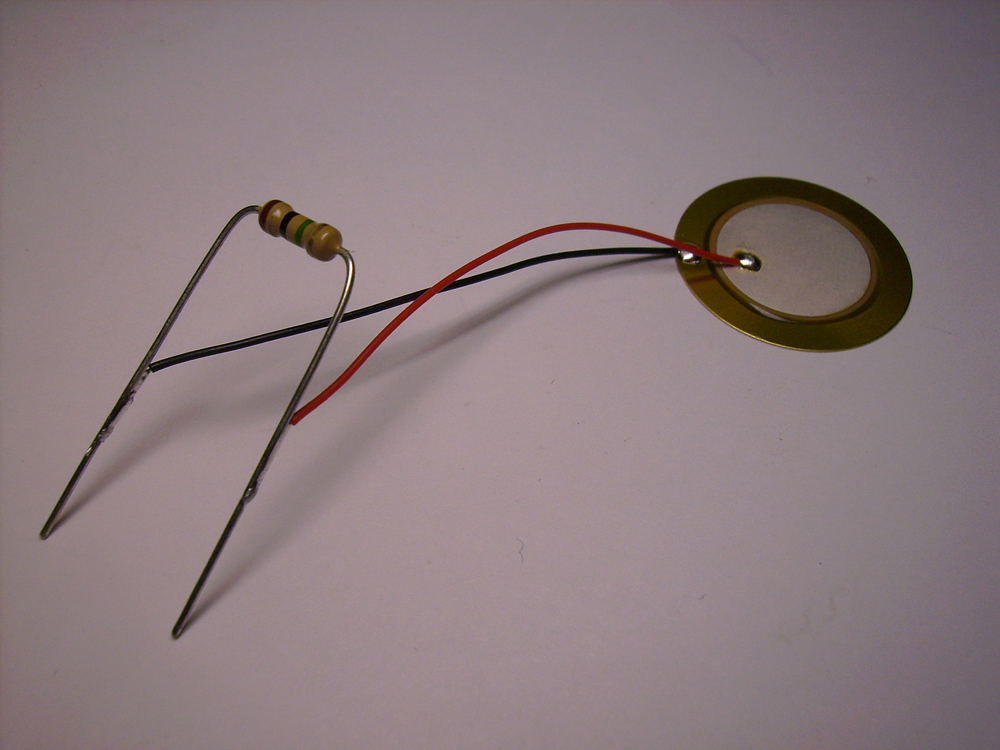 You’ll soon find out that piezos are some noisy bastards. You’ll want to build a small piezo preamp to get rid of hum, noise and other unwanted sounds.

Mouser and erthenvar sell the piezos in the US with the wire already attached. I just bought a bunch for the Mikrophonie.

I have a power inlet with a fuse slot, and I have to wire it to my meanwell PSU… dose make any sense to use another fuse in the inlet if the meanwell already has one?

Speaking of meanwells, how noisey are they? I see 12v/30+A powersupplies here http://www.powergatellc.com/mean-well-hrp-450-power-supply.html that are way cheaper than what I see lesser specced powersupplies used in modulars. I’m putting together a DIY euro case and using one of these would greatly simplify things and let me power 9+U with a fused mains connection.

They seem silent to me…

I have two T-60B supplies and love them so far. I actually bought them both used…I’m crazy like that

Get a RT-65. Noise is below what i can measure.

Looking at the rt-65. It only puts out .5A on the -12v. I’ve filled less than 84hp and already used over 100mA of -12v (https://www.modulargrid.net/e/racks/view/135529). I assume the answer to this is just to install multiple RT-65s? If so, do you put them in series or parallel when wiring to the fused mains connector (like this http://www.maplin.co.uk/p/10a-fused-snap-in-iec-chassis-plug-with-switch-n94cz)?

Some poorly made modules are said to work best with linear PSUs. If I come across one of those I’ll whizz on it before putting it in the trash. The T-60b and RT-65 have been flawless so far.

@bolange: Only the secondary ground should be connected across multiple PSUs! Anything else might destroy them! The idea is to load each PSU to approx 80% of capacity, then the next row gets a new PSU.

The primary (230V) side can be parallel connected sharing an IEC without problems. Be careful with the secondaries though.

@Jojjelito: So you’d need to install a mains outlet for each power supply and run multiple cables to the wall?

Nope. Had a brain fart so I edited my post. Shared primary inlets are fine. If not we’d have issues with home wiring and would need new interesting building codes