I was using this firmware (mainly for the reset feature) and noticed that Deja Vu wasn’t working as intended. At 12 o’clock (with the T & X lights slowly pulsing) Marbles was not locked in a loop. I restored to Marbles official 1.20 FW and it’s working as expected.

Is there something in this FW that accidentally breaks Deja Vu?

Thanks for your idea and experience.

I will make alternate function of spread v/oct cv in for setting root note for scale.

Currently I don’t have a problem about deja vu, I will investigate it and will make firmware for isolating the cause.

Currently I don’t have a problem about deja vu, I will investigate it and will make firmware for isolating the cause.

I saw this reply and gave the firmware another try. I installed and after a few cycles, switched into Deja Vu mode and again the patterns are not repeating as expected. This time I made a video.

If I go back to official firmware this procedure in the video results in consistent repeating patterns.

Thanks for your report. It’s very helpful. I can reproduce the behavior.

It may occured by no connection to x external clock input socket when alternative T trigger reset hold mode is active.

(I added the description to github document.) 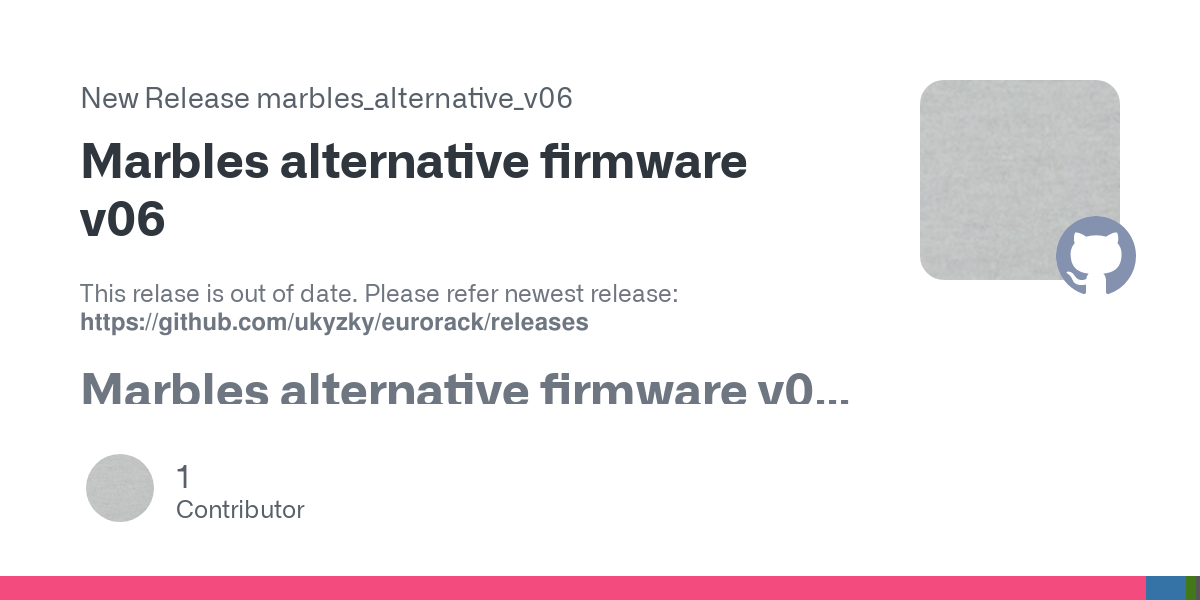 Discovered and installed this last night, excellent work!! Here are a couple possible additions I thought of while I was supposed to be asleep: long press rate, wiggle deja vu knob changes the deja vu cv to a loop length cv; long press rate, t mode button switches one of the hidden t modes for the inaccessible Markov mode hidden in the code. Just some thoughts, again great job and thanks! 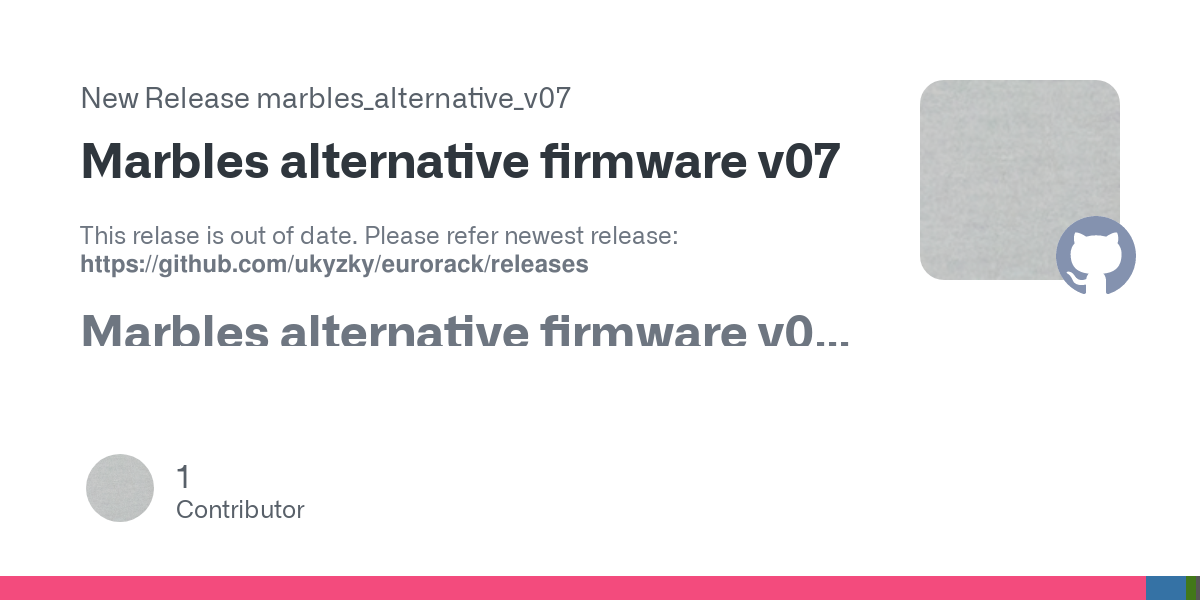 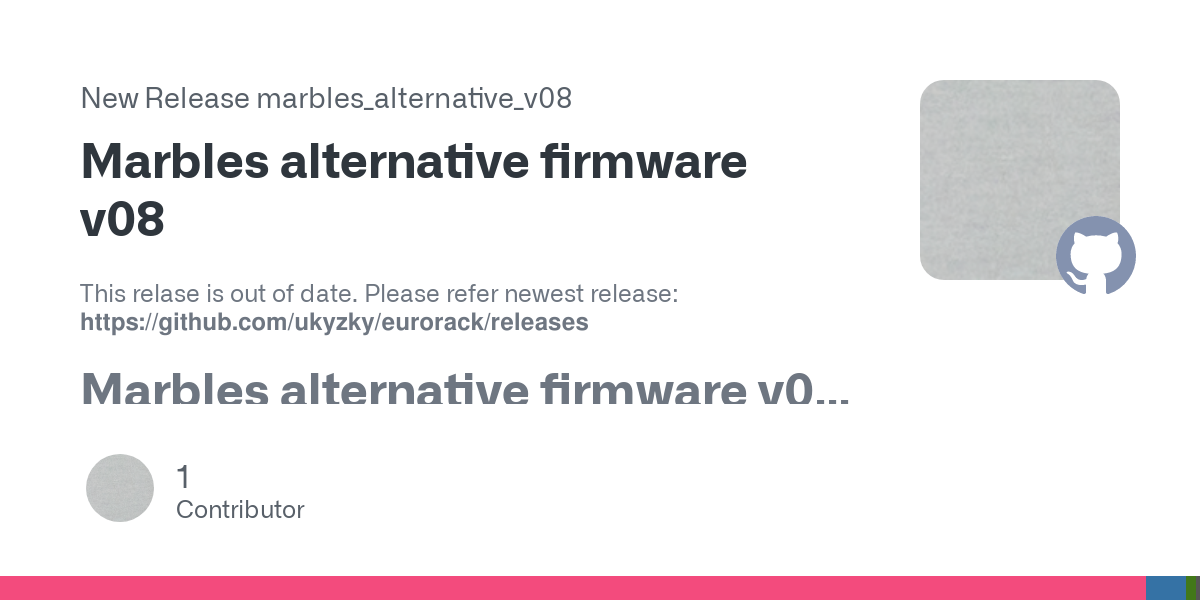 (in addition) Setting cheat sheet added to the document.

Excellent!! Can’t wait to play with it, thanks so much!

Thank you! What is a Markov algorithm?

A pattern generation algorithm for the t section which was not part of the official product release and documentation, but was still part of the code.

Yep, it’s just a bunch of heuristics to make “balanced” rhythmic patterns. To implement a true Markov model, you’d need a large table storing the probability of playing a hit at clock tick t, for all the possible decisions taken in the past n ticks (aka “contexts”). You need long contexts if you want to learn well large-scale structures (like, a whole bar), with the drawback that you’d need a lot of training data to estimate the probabilities, a lot of memory to store everything, and then you m…

I never thought about it, but is the Markov mode related to/does it use a hidden markov model?

It’s a hidden, Markov model (as in, it’s hidden in the code and not accessible from the UI), but it’s not a hidden Markov model (with the state of the model not directly observable).

Came for the hidden Markov model discussion, stayed for the wordplay. Which is probably unintentional, but brilliant. Cheers!

Hey, thanks for this! Downloaded V8, and bookmarked the github link in a “Mutable alt firmware” folder with the others for Plaits/Rings/Stages/Frames. It’s so great that people are doing this work and sharing it. Thanks so much.

Please don’t take this the wrong way, but I think this firmware is getting more confusing to use on each update. I tried using it and I just don’t know what is going on. 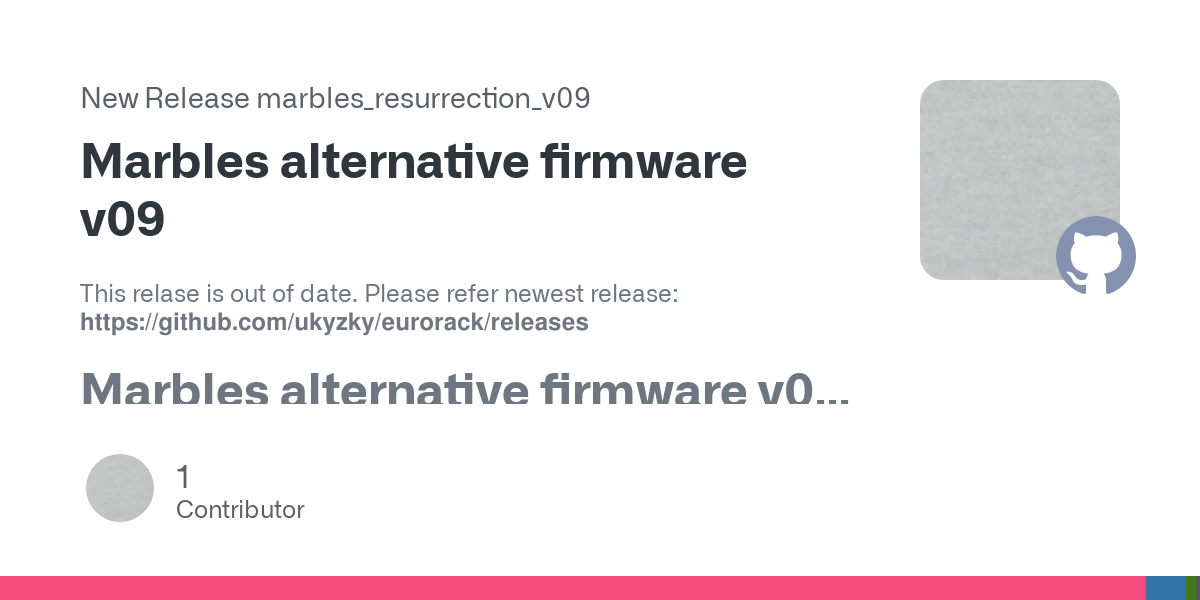 I will try to implement “chord mode” in the next release. (Many ideas and requirements will appear. So I will need to have more consideration time.)

thanks, I posted 9 days ago some Ideas for Chords mode and some other Harmonic ideas, here is the thread with description for inspiration on next release:

Hello! Here are a couple Ideas i`ve been having as I use more and more Marbles. *** Chord Mode *** -X1, X2 and X3 to deliver different notes in each trigger. This way harmony will always occur between sound sources. Right now the 3 channels are individually random and some times they play the same note. -Spread would have a a lot of Impact of the Chord Spread, If Set at Minimum maybe the 3 outputs make Unison, or maybe the limit can be 1 scale degree apart, making “dissonance” or maybe it co…

Also, I I read frequently another idea that is not described there, which is “Probability of repetition of previous note”, which can be set from 0 to 100%.

Excellent work as always, I like the new UI! Here are some functionality suggestions I thought about while playing around with it this morning.

Edit: or just switch it so that in this mode long press on x range allows you to switch between different pre defined jitter levels … or swing?