After discovered the Shruhi at the last Modular Square shop meeting near Paris,
I decided to build my own.
So this is the result with SMR-4 filter board, build with old, second hand or stolen to office parts :))

Now I have to think to the case.

Thanks Olivier for all you work and documentation
Bye. 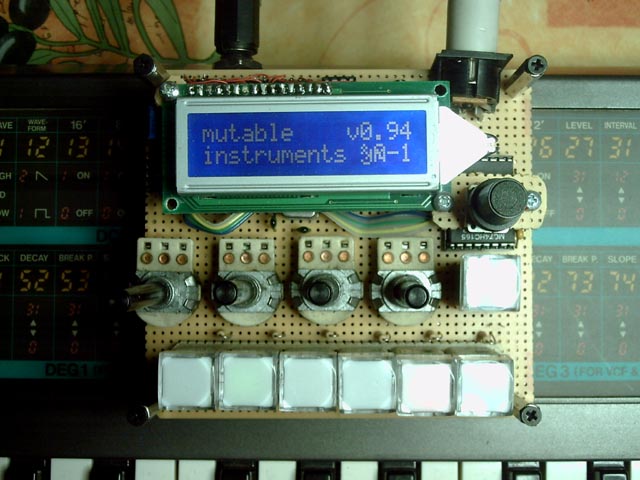 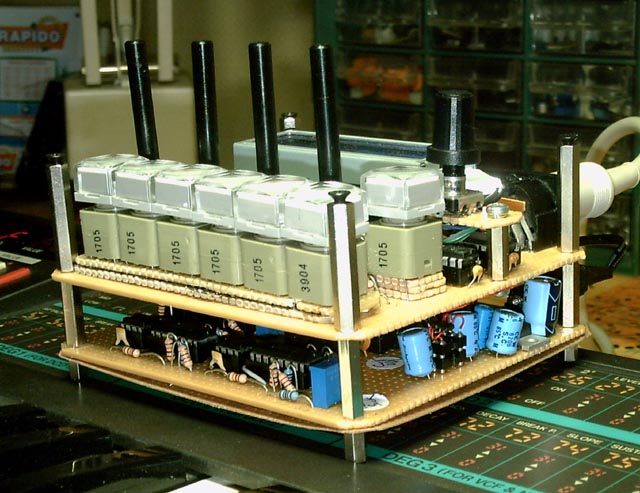 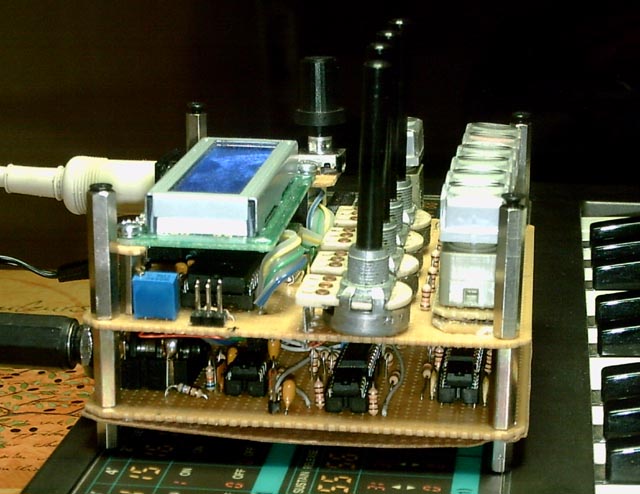 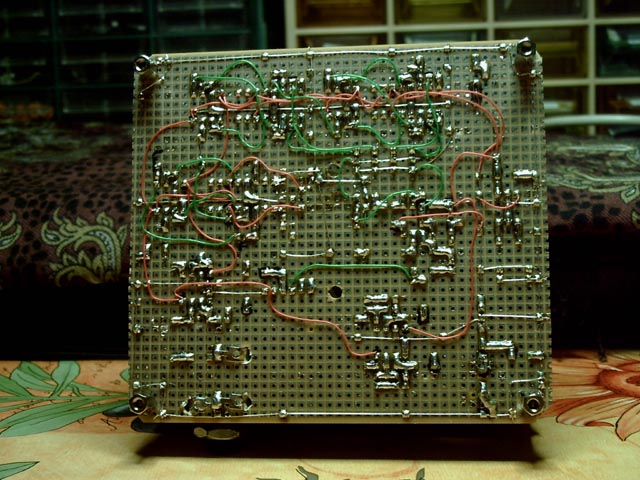 Cool. Is that stripboard, or matrixboard? The two boards must be pretty complicated on the back…

Hey pirate! Show us the wirings on the back of the filter board or else we’ll say it’s a fake

Just noticed the Poly-800 it’s sitting on. Have you tried the Hawk-800 and AtomaHawk mods, nicoo?
http://patrioticduo.tripod.com/hawk800/index.html Héhé, it’s not a fake, I have updated picture
There isn’t to much wiring, using TL072 instead of TL074 for more logical placement.

toneburst : Yes it’s a Poly800, but i didn’t made mods yet, perhaps in the coming weeks…

Re. boards: impressive! May I ask what kind of hookup wire you use there? I know it sounds like a silly question, but I bought a load of solid-core wire a little while ago, which seems quite hard to work with. Do you use single-core or stranded wire?

Re. Poly-800: I’ve had all kinds of problems with the Hawk-800 mods installed in my EX-800, I have to say. The Hawk-800 developer, Mike, has always been very helpful, to the extent of sending numerous detailed emails of things to test, and several replacement chips, at his own expense. There’s a chance that there are some underlying issues with my original EX-800 hardware, and some unforeseen problems associated with hardware upgrades to the Hawk-800 mod itself, which shouldn’t effect you, if you’re buying the mods now, so don’t necessarily let that put you off. The added features really are pretty amazing, and certainly bring a new dimension to the old sound.

I believe Hawk-800 mods are impressive but I think I will do only Moog Slayer mods for moment,
there are more simple, and ‘open-source’

@nicoo
Yeah, the Moog Slayer mod is impressive. You have to watch your speakers (and ears) though, It gets very LOUD! I also bought Mike’s AtomaHawk mod board, which allows MIDI control of the Slayer mod, plus MIDI-controlled 12/24db filter switching. Makes a terrible mess of the inside of synth though…

Re wire: I’ve just remembered I have a spare reel of Cat5 cable at home. That should keep me supplied with wire for the foreseeable future

ive got about 30m of cats 5, never thought to use it as wire ! Good thinking.

Bored to use my unfinished Shruthi, I taken back my soldering iron,
some plexiglass, printed and plasticized paper and some wood,
and this is the result… 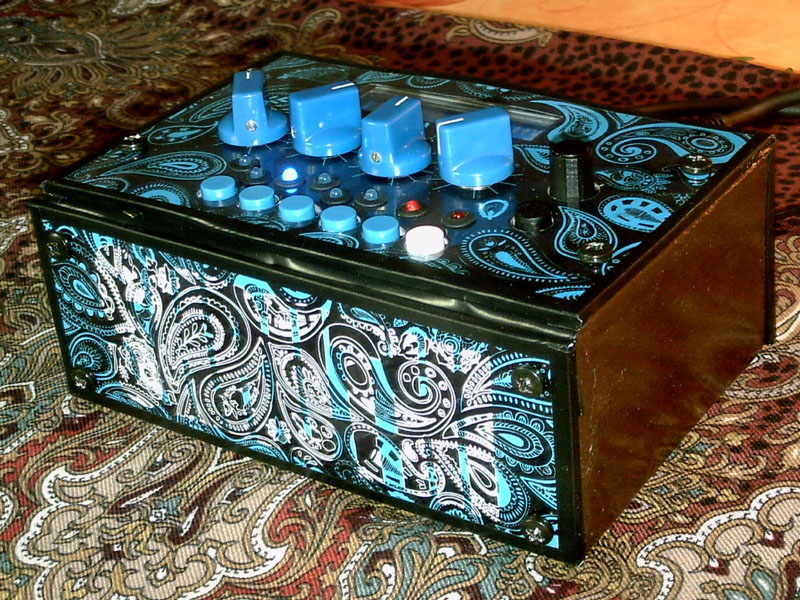 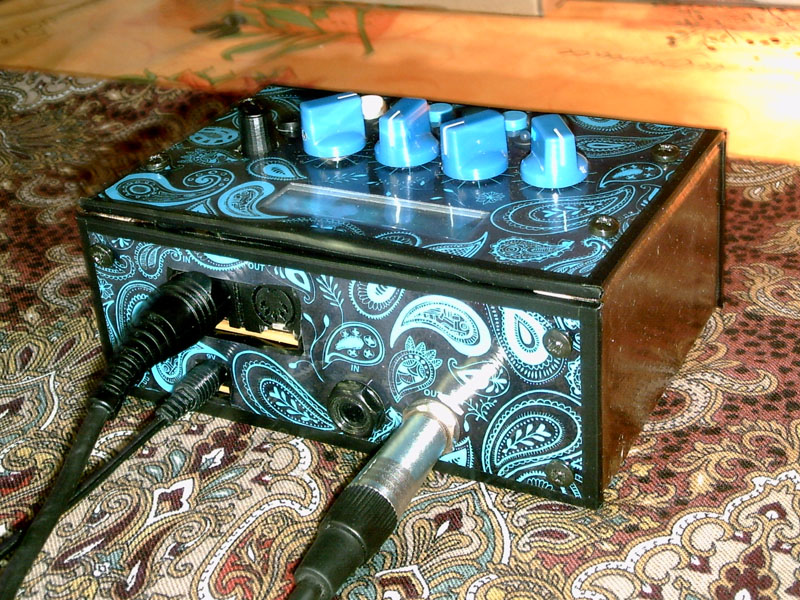 Reminds me about Hindustani bus tuning