This discussion was created from comments split from: Another DIY hybrid synth?.

How to build a DIY electronics project. Buy boards, buy parts, buy assembly equipment, buy test gear. Learn to solder as the board is assembled. De-solder badly soldered parts. Ruin board. Buy new board and parts. Solder better. Switch on. Enjoy smell of Magic Smoke for the first time. Buy more parts and solder. Switch on. Nothing. Spend weeks with more (expensive) test gear and forums. Learn to de-solder. Replace incorrectly placed parts. Finally discover whisker of solder. Remove and switch on. If it works, enjoy feeling of euphoria. Else: scream at moon, suppliers, dog and anyone who is nearby. Sell everything and buy the damn thing ready built.
Alternative: Someone please design a kit that can be tested with a cheap multimeter with a frequency counter as it is being built, one stage at a time. Result: happiness all round!

> Someone please design a kit that can be tested with a cheap multimeter with a frequency counter as it is being built, one stage at a time.

Now i want one. Two, actually.

If dat LED was blinking I’d get some in a New York minute.

@Jojjelito: There are tri color LEDs that you can order that have a Blinken Lights™ pattern already inside of the LED. As they aren’t programmable, they have the same pin out as a standard LED. I can’t remember what the part number is.

Now we’re talking. Stage one of an 8x8x8 LED cube!

The first LED on this page is similar to the part I was thinking of.
I am certain that I have seen them cheaper.

Yeah, I was thinking it would be worth getting a few of those PCBs then adding the self-blinking/color cycling LEDs to (lack of) taste

Gosh darn it, next lession: DIY wave soldering in your Kamado grill

FYI: Big Green Egg BBQs are awesome! I like to cook stuff in mine, then bake bread or pizza on the residual heat. Food for a few minutes. /Godzilla

and it really sounds…. well…… LoFi.

Ok, I stop making my synthesizer and make LED kits then?..

And lots of CV patch points.

Imagine this behind white frosted plexi: 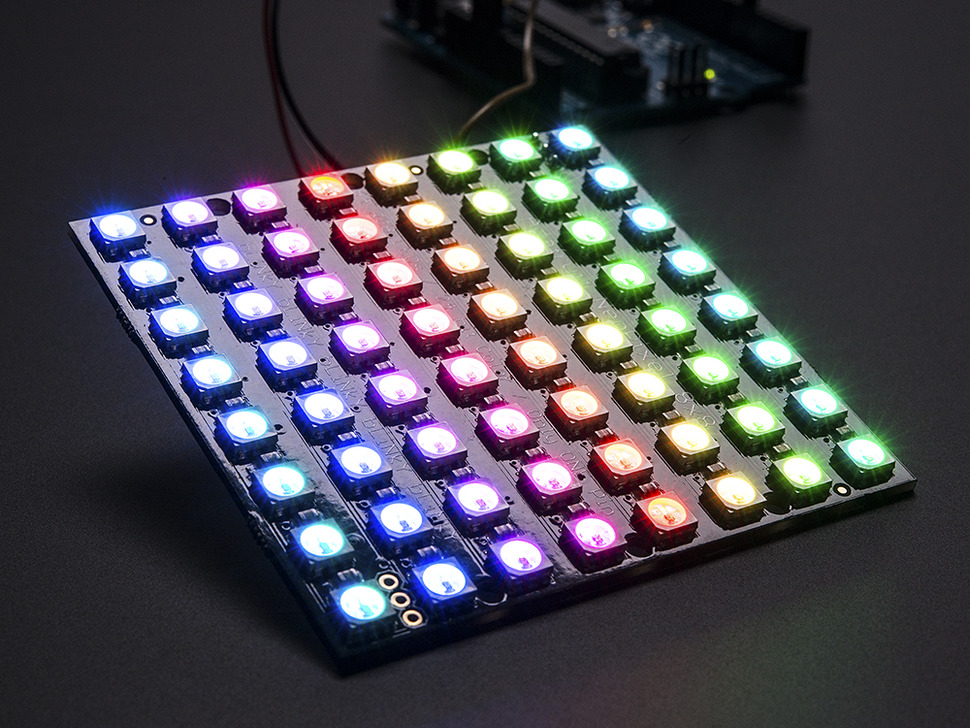 Assuming you have +5V in your modular case, besides that you’d only need this, 7 CV jacks with some kind of input protection, and a bit of time to write some nice visualization code…

I did speculate that Elements was just a bunch of blinken pots with no actual audio uses a while ago. This discussion only further entrenches that thought.