Has anybody already added a pre-amplifier on his Shruthi?
I plan to make my own case, and while being at it, I would add well a preamplifier. That would allow me to free an input on my front panel sound card. But, I do not know, if it is really possible(my shruthi xt is already finished); and what kind of preamplifier I have to use(I know there is some DIY kit available on the net(like here: http://www.selectronic.fr ).

Concerning the new case, what technique to print the facade is the most used? (Silk printing…). I maybe think of using some vinyl as used for advertisements on cars or shop windows(the problem is the size of the text will be surely too little to be stuck on the panel).

Do you really need a preamp? I’m using a mixer instead of a soundcard but I haven’t noticed any level issues with any of my Shruthis.

For the front panel, I used laser-printed waterslide decals. Bought the special paper (white or clear) and printed the decals myself.

Like everybody else: why do you need to pre-amplify the signal out of the Shruthi? It can happily drive any kind of audio processor/mixer/audio interface.

I just noticed the maximum level I get never exceed two thirds of the maximum volume in Ableton. I know that it is always necessary to keep a little of reserve but it seems a beat weak… So I have to use Micro In to get more power. Or maybe there is a problem with my Shruthi…

I already thought about laser-printing, but I didn’t know where to look. Do you have a link?

What about getting a proper mixer to get nice clean levels on everything?

You probably don’t need this 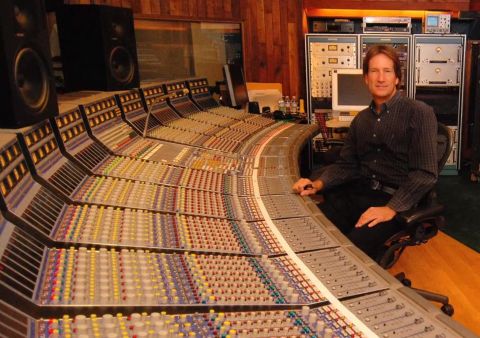 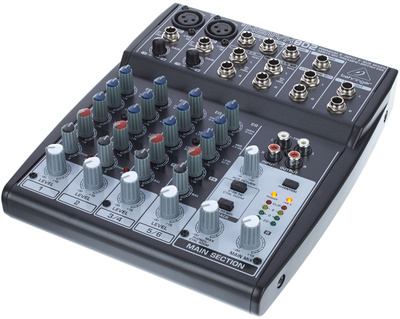 When I am using some USB audio interfaces, there is a “drop” in volume for the DAW recording. The fact is that your DAW has more headroom than the physical mixer. This means that you will have to up the master volume on your audio interface to match the same perceived level going into your DAW. It does not mean that your Shruthi is defective. You will find this issue with all signals plugged into your audio interface.
If you have the option, monitor the interface’s output instead of only listening to the input.

To echo the above, the Shruthi line on my audio interface tends to sit at 50%. That is definitely attenuating instead of amplifying.

The SMR4 almost exceeds the “pro” line level (+4dBu). As a result, if you boost beyond this level, it will systematically saturate when connected to other models of audio interface, or some FX processors. Not good.

If the level appears to be weak, there could be an assembly mistake on your side.

If, on the other side, all is good and your audio interface indeed has a lot of attenuation on its inputs, increase the gain and that’s fine. Are you scared of losing dynamic range? Like many vintage synths, the Shruthi uses OTA-based filters which have an inherent noise - on the Shruthi it’s -70dB. Which means that if you record at a resolution 16-bit, you can still add 24dB of gain before seeing the quantization noise exceeding the “built-in analog noise”.

Ok, ok, ok … I will test my audio interface(and from memory I think I can monitor the signal).
Concerning the Shruthi, even not were sure to understand all the technical “gibberish”, that seemed to me strange whether it is not self amplified(Even if it is not the best term there to be ).

@fcd72 I sure not need a console HAHA
I thought about using a mixer, but I am not sure to NEED it too

@DipterePow
In fact you will find that with a proper Mixer everything will go smoother and easier.
I don’t know what it is that keeps you young guys jostle single virtual faders with a mouse when you can get a perfectly fine analog console at costs i could cry seen back from the days where a 16ch Mixer would cost like a used car….hell even digital ones are so good nowadays that i want one!

I don’t understand the “self-amplified” bit.

The output level is +4dBu. That’s more than pretty much all modern synths which have a -10dBu output.

Do you have other synths to make tests with?

Which filter board does your Shruthi have?

A mixer will do panning and let you share an external FX unit with send and returns.

There are pads on the board for volume pots, the output level is high and so attenuating is more common.

Use the right tool for the job, a synthesiser is a sound generator.

@fcd72: I still kick myself for passing on a a great 24 channel Peavy road console with the case for under 300USD. I know I could have found a way to fit it in the car…

Now I have plenty of “mini” mixers for the separate parts of my studio. And I agree, a simple Berhinger mixer like the one you posted can be had for around 20USD. That is a great deal!

One can have many futile, impulse buys in the land of audio gear, but your first analog mixer is not one of them.

Haha ! For my part, I go more and more towards the physical material (the fact of having to click begins to get me drunk) and it is moreover for that go from vst’s to synths; But I discovered Music in this order.

@pichenettes: It wouldn’t have been my first mixer. I just liked it but had no room in the car for such a massive mixer. It also weighed considerably, so I would have had fun getting it into the studio.

"I don’t understand the “self-amplified” bit"
I just mean the fact that there is so many output level to not need to amplify it.
I Had an Alesis Micron which had really more output level with the same audio interface. But let me do the tests (when I would be less busy).

To be honnest, I just prefer(for now)to concentrate on the control of my synths and to let my sequencer make the rest. I enough have to make with my instruments for the moment

@audiohoarder
Some her may have noticed that i am an advocate for analog mixing. But ill replace my MX-8000 with an X32 series. Well maybe ill just lug the MX to the attic……