Sorry guys, it’s not ready. I’ve been working hard, 16 hrs a day, to prepare a new batch of Shruthi-1 kits. At the moment, I cannot deliver kits so it’s a kind of emergency situation here. No Shruthi-1 sold = no income for me.

Expect an announcement mid april, or later if I discover a serious bug/flaw that would require a rework. What I am playing at the moment is the 4th iteration of prototypes and there’s already a list of minor fixes for a 5th revision. Depending on your interest in the product I will prepare kits or just sell PCB and move on.

i bet there will be kits

Indeed, if the sounds we can find on soundcloud named “da drone” and other stuff are this thing “soon to be released in april”, it seems pretty obvious that there will be quite a huge demand for this…

I guess we all must make do with our Shruthis meanwhile. Then it’s solder mania! 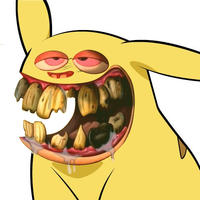 I’m massively curious as well. No chance for any hints?
My hope is for either a drum machine, or something polyphonic (even if it is paraphonic).

Have you considered something semi-paraphonic? I don’t know if a synth exists that does this, but one could have six or eight voices sharing TWO (or maybe even three) filter boards. With a digital amplifier per voice (instead of a VCA) and some clever voice/filter allocation, it may be a lot less awkward than a regular paraphonic, and allows us to use our existing filter boards without having to amass six or eight of them.

Or maybe an all digital 5-8 voice box (with the Shruthi oscillators, hopefully that won’t need a ton of processor power), which then goes into a Polymoog-type resonator. I’m a sucker for these!

Theres already a Wikipedia Article for it, sadly only in German…

A prototype has been shipped to fcd72 for case building. If you really want to know, maybe you could launch an expedition to intercept the parcel in the postal system? I have shipped it in an Analog Devices carton (that in itself is a hint about upcoming products).

But in all seriousness, it will be done when it’s done. Meanwhile I hope we all should let Olivier make sure that Mutable stays afloat.
Then we can go gaga over the new skronkbox

Meanwhile, I’ll be dreaming about the very practical animal that Frank has found.

agreed.
I think it’s very impolite to ask about it.
All in good time.

Ah, i had a Store for 5 Years so i am used to annoying customers

Jeez guys, it was just a question. Pichenettes politely gave us a quick update and now we all know when to hope for the next thing (thank you for that btw). Now I’m impolite and annoying? You guys might hurt my sensitive feelings you know

C’mon Randy,ill give you a Hug !

@toadstool
There are rumors about WASP Style Programmers