Why would anyone want such a tiny synth ?
It’s hilarious but…why!

I don´t think it should be taken seriously tho. And it sounds Unterirdisch™, it must have been a hard task designing a Filter that much worse than the MS-20. Target Retail Price is 99€.

Woah kinda expensive for a gift/toy.

Under 50 euro and I would maybe try one.

No you wouldnt if you heared it…

Actually, the claimed “analog filter” is an anti-aliasing RC-filter thing

From the video, it sounds like the “analog” filter is just a fixed low-pass filter like you had on the Amiga.

The tagline on the package is very honest though…

ploytec hehe why not? this is even anti-audiophile but in the wrong sense.

I would call this NoFi !

Ordered one. Single most useful piece of gear in da house. Its of an ingenious elegance you mostly find only in MI Gear.

But does it have midi?

If you could hack delay in the Useless Box´s “un-switching” action with a pot, and you had an “in” and “out” jack, you have a Usefull Useless Box!

I think they dodged a comparison bullet by classifying it as a “snyth”.

There (is also) has been a pi unsquared,
if those guys would be “quicker” (or just in time)
I could play mine. 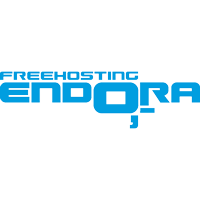