So i’ve just built 3 X IR3109 boards. The first one went fine. And the second 2 initially seem to work well also. But each of the second 2 has a different tuning issue.

1: Resonance trimmer. When turning, the pitch changes slightly, which I think is normal, but I can’t get the self oscillation to stop at any point on the trimmer. It’s always there. This might not be a big problem however? As it soon disappears when i knock the resonance down some on the digi board.

2: The gate trimmer. No problems with this on 2 of the boards, but on one of them, it doesn’t appear to do anything. I can’t hear a noise to gate out? Im not sure how much of an issue this is. As otherwise the board works as expected.

All 3 otherwise sound very good! Thanks in advance for any suggestions… 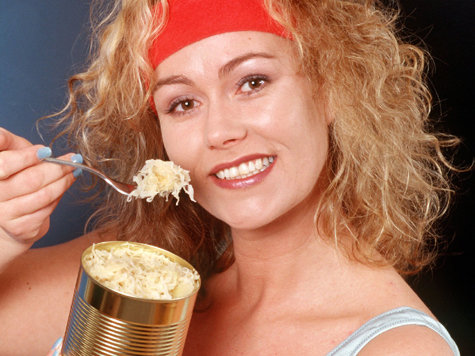 I’d have quite a grimace on my face too if I had to eat that!
My only other attempt at speaking french apparently resulted in me asking a woman to throw her dog out of a window![](? Anyway, I digress)

Anyway, forget the gate problem. That was me being a chump…

So, only 1 board with a small issue now, with the resonance. It does sound like it has too much res. I have to crank it down to 50 or so on the digi board to stop it resonating. So something isn’t quite right.
And yes, all resistors are 1%. All boards were also constructed using identical parts. Bar 1 of them having a different brand of bypass caps (But correct value of course, and that board has no problems anyway).
I’ll keep poking around to see what I might find, but any suggestions in the mean time are welcome.

(FCD, cases are here, thanks! I’ll put picts up later…)

deriving from the sheere amount of DIY-gear one might try to extrapolate your sexual preferences - BUT THIS IS SINDEY ROME WITH SAUERKRAUT + LIGHT BLUE NAILS !

High res picture of the faulty board could help!

My bet is that the feedback resistance is too high - possibly due to a bad resistor value or a shorted trimmer.

I had this next to one of the other working IR3109 boards for a while, comparing all the resistors against each other. I couldn’t see anything wrong!?

Pict of rear didn’t come out so well. But I can pretty much guarantee there is no soldered shorts there. All the white marks are just weird flux residue from the solder I use. Looks ugly but its harmless.
Given that the trimmer does have an effect on pitch at least, then it must be working? So not shorted?

Thanks again for help so far

What’s the resistance between those points:

It will actually self oscillate with as little as ‘31’ dialled in on the digi board… If I leave Res set at 31, I can make the oscillation come & go by tweaking the reso trimmer.
Does that offer any clues?

And on the working boards?

I had a problem on a freshly assembled SMR-4 board tonight that might have been the same thing. The output was very distorted, as if the gain was cranked up by 4x somewhere. Everything looked fine so I decided to swap in another LM13700 for the VCA pair. And it worked, so I thought “dead IC!”. Until I moved the board on my desk and the problem appeared again. I re-heated all the pins of the IC socket and the problem disappeared. I swapped in back the old chip and it was still fine. So it was definitely a bad solder join at the 13700 IC socket ; and pulling the chip the first might have moved the connection a bit to make it partly work.

Lesson learnt: it’s never a dead IC. In 18 months of electronics I think it was the real cause of a problem only once

^ I was worried you were going to say that! I had already finished them both off… Tested, tuned and installed into their fancy cases, I was reluctant to take them apart again.

I think it is fixed now though. Unfortunately I can’t tell you exactly what was wrong! I replaced IC4 & IC5 (the only 2 IC’s that appeared directly related, and I happened to have spares for). And re-heated all the solder joints (although none looked bad) I restarted the tuning from the beginning, and it seems fine now!?

Help much appreciated all the same though