I know that somebody maybe already asked the question, but I am still asking:

I have a very small (almost no) budget, but I want to start saving money for a poly synth that can do great leads and also act as a multitymbral unit.
What I am looking for, in term of sound is really close to the Alpha juno serie. I really love the Juno-2 leads and the chorus sounds really good.

But, I really love MI’s products and I am thinking about an Ambika since a long time. I love it’z size, I love it’s design, I kind of love everything about it…

Thing is, I do not know what’s best: Try to find a second hand Alpha Juno for around 200-300€ or just wait and save more money to get an Ambika?
I am also quite unexperienced in part sourcing, so I am a bit afraid to order parts, be wrong, re-order, be wrong again and fucking up everything when I solder it (I am confident enough in soldering, but I am not a pro, my only real diy synth experience was a Shruthi-1, that I completed succesfully in a day and had no major problem).

As I am starting my business, I know that saving money up to 600€ for an ambika will take me like 6 months to one year so there is that also…
That’s why I really want to make the best choice, and I need your experienced help for that!

The AlphaJuno is not Multitimbral, Ambika has no chorus (which is integral part of the Rolands signature sound…). While the AlphaJuno is capable of some marvelous tricks for a 1OSC Synth that the Ambika won’t be able to do, Ambika has 2 fully fledged superior versatile Oscillators that allow a far wider sonic palette.

So if its your only Synth you clearly should go for the Ambika. But as the alphaJunos are not likely to drop in price anymore, what about getting one to get started and save on for the Ambika and then sell the alpha?

Do you already own something with keys you can turn on and play? In that case an Alpha Juno will be more fun and less stressful at this time. And as @fcd72 said, you can always sell it later.

Thanks for your input,

That’s right Alphajuno is not multitimbral, that’s a shame though.
Damn, buying a Juno and then letting it down? That would be hard for me. Since I started buying/building gear, I never could resign myself letting one of my baby down…

I am also not really found of the idea of buying with selling already in mind. that’s why those synth are incredibly expensive right now.
I may be wrong, but when i see an AlphaJuno for more than 250-300€ I can’t help to think that it is improper. The market is crazy, not later than 2 days ago, I saw a Juno 106 for 1500€, and another ad for another Juno 106 for 550€, both in really good state! I don’t know what’s happening there but this automatic argus thing is for me totally insane. I’m pretty sure the guy selling it for 1500€ will not sell it, and does not want to, he is probably only raising the average price.

Well now that I have written my lampoon, you actually almost convinced me.
I would love to buy a Juno, but I could not spend more than around 200-250€…
So I guess I am screwed.
Unless I see a good bargain or unless someone is honest and kind enough to sell it for a modest price…

Yeah, i guess the perspective of having knobs and sliders is enough to add 500 to 1000€ to Alpha Juno’s price…
Or Am i missing a real difference there?

There’s a lot of vintage gear that’s way overpriced in the second-hand market and in a lot of cases this has very little to do with the actual value as a musical instrument.

Yes, true! Tell me about it…

Alpha Juno is quite different to the other Juno series besides just controls to my ears.

However, I will warn that AJ are not known for being the most reliable Synths around…I think mine had its gate array chip go bad last night and now it has horrible sticking notes and other erratic MIDI behavior :’(

$1500 for a Juno 106 is of course way to much. I think $550 is a good deal also comparing to what you could get new for that money.
These old synths are no longer made anymore so their number is finite. The amount of people in the world wanting and having the money to buy one is rising steadily. So price goes up. There is also the vintage value of these things and at some time they will even have antique value. At a certain point in time $1500 for a juno 106 is going to be cheap. Unless electronic music goes totally out of fashion or electricity becomes unavailable.
Go for something you can afford now and save up for the Ambika.

FWIW, if you’re tight on cash and want a cheap multitimbral poly with keys while you save up for an Ambika, then look into the Alesis Micron. It’s a small VA with minimal controls that does manage to sound pretty damn nice.

And, if you don’t have anything in the meantime, you might as well get something you can play until you can get your preferred synth.

A used Micron or Microkorg XL or something like that isn’t likely to lose value if you take care of it so you could just sell it just before you get whatever you ultimately decide on if you don’t need it anymore.

@joshuagoran Yeah I heard about these ICs that dies or keys, bummerz…

@shiftr What if electricity goes out of fashion?

@t2k IU actually already have an FM multitimbral unit; a tx81z that does its job.
But I am not really pleased with its behavior with fat sounds and warm leads. I love it’s coldness for drums, Fm sounds effects and strings. Keys does not matter actually, I am more of a rack, expander guy. I had a cheap Casio CT-656 with 64 keys, but I thought it was taking too much room in my studio, I roughly cut it and only kept the panel. It looks a bit shity now (but not shitier than before), but it takes less place! 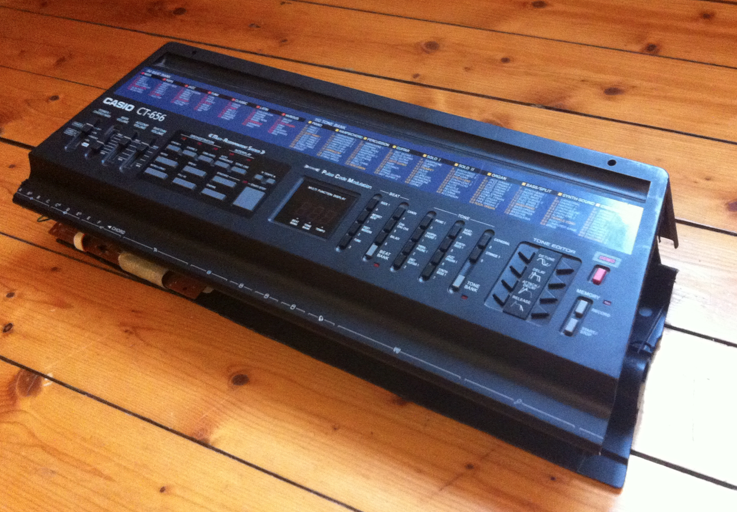 Nice unit
Electricity won’t go out of fashion anytime soon. I may get vintage and expensive though.
I keep a box of 1998 kiloWatts in the cellar just in case.

@paulus VA != FM. If you prefer rack units, then an MKS-50 might be a better choice than an Alpha Juno to keep an eye out for.

Also, ever tried running the TX through a nice chorus effects unit?

@t2k
I am currently running my TX through a digitech dsp unit and then process it with software effect like chorus, but I am not found of computer processing. I like to record the sound coming out of the synth as is.

Indeed an mks-50 seems to me like a really good option. But it also seems that there are even less MKS-50 units than alpha Junos around.
Unfortunately also I was too late when you sold your unit…
Is there the chorus also on the MKS-50? Is it really a rack-mount Alpha Juno-2? Or does it have different features/sounds?

Thinking about it - i frequently see JX8-Ps pass by for the same as a alphaJuno. Mostly they look a bit beaten - like mine which i got for 180€. Only thing to do was to open and clean a bit everything. Might be worth considering.

The MKS-50 is a 1:1 alphaJuno - just with even less knobs and more expensive since they seem to be sought after because they take less space than the Keyboard. I won’t let mine go

@fcd72
Wow 180€ for a jX-8P is a real bargain. Are you happy about it?
Actually, what are the main differences in term of architecture and sound compared to Alpha Junos?

I also noticed the MKS-50 are more expensive, I find it strange though even if they are in better condition, it is still a Alpha Juno with less control, no keys etc… Why should it really be more expensive? Maybe Roland produced less than the Junos?