Easy to deal with, 30 euro shipping to the US, $12 international handling fee.

Cool supplier, they are a dealer for a number of display companies in the east.

Doe we have a good candidate for the Shuthi xt from that same source??

@altitude Are these drop-in replacements for Ambika, and are they likely to cause noise issues, in the same way the Shruthi-XT was effected?

I ask because the LCD of my Ambika is slightly faulty, so I might try replacing it with one of these, if that’s not going to cause problems, noise-wise.

That’s a good question, the PSU on Ambika is considerably different than Shruthi so in theory, the problem shouldnt exist. I thought someone did the yellow one and reported no problems. You will want to mount them on the front of the board though, not behind. They are about a third of the thickness.

I didn’t noticed any problems by using yellow ones.

Behold! (my poorly focused photo that does show the nice viewing angle) 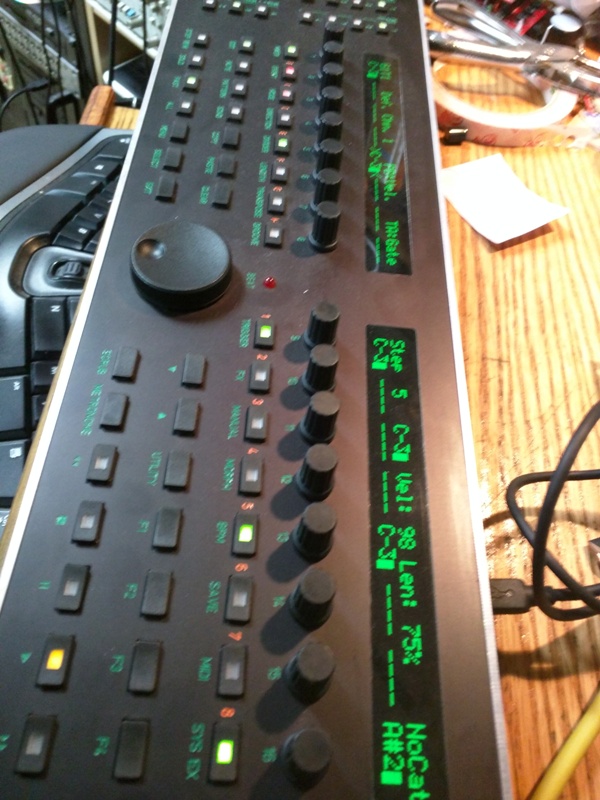 Usually i buy my 16x2 OLEDs from TME. They are reasonable priced and i never had any issues with these…

Was about to order two of the 40x2 for my Midibox, but a PIVA/ CF is required

yeah, they have a whole new line of those out. Mouser has some

I stuck a VFD in my XTK but the distance between the actual characters and the glass is too much, so you can’t see the bottom row much unless you stand over it.

Hopefully one of these will be better?

Ordered one from Rapid Online to try. I may just stick the LCD back in if nothing else works out as well.

They’re too big for an XTK, doesn’t fit in the gap in the PCB. LCD going back in, backlight is a little bit dim, hence why I looked to replace.

Beware RS. I bought 2 green Vishay oleds and received 2 yellows. They were part numbered as Green and came in a anti-static bag labelled for Greens. The oleds inside were yellow with yellow part numbers on them. I didn’t return them as I just knew I’d get yellows back again.

Also to add: The Vishay parts are just rebadged Raystars

and they work great. They are BRIGHT as all get out, there is some camera thing happening so it looks brighter and less green than in real life but I have a dark tinted gray window on top of mine to tame it. It’s almost too much without it I’m building a Ambika for a customer with a yellow Vishay from RS and it looks quite nice.