I’m looking for a module that would play samples with loop points.

The best I found for now is Bastl’ grandpa (good price, has easy storage for samples, interesting granular stuff), however it’s still a bit on the lo-fi side (I’d rather have 44.1khz samples).

If you have Reaktor 6 and Expert Sleepers, there’s always this.

As far as real hardware, Grandpa is one of the better suited ones for working with loops. It also just looks great. In fact, I can’t really think of any other samplers with loop point manipulation in that price range.

Here are some links to other cool Eurorack samplers.

I would recommend Radio Music before anything else despite not really being for loops.

Nebulae is another option for granular sampling.

The Ultra .WAV player, with an equally ultra pricetag.

Those are the more hi-fi options anyway. I personally wouldn’t spend 400 USD on a sampler module.

Disting MKIII is gearing up to sample playing with higher quality. Although beta, it is quite possible this is close to release (if I have not missed the release already).

There’s more options, if you can DIY: 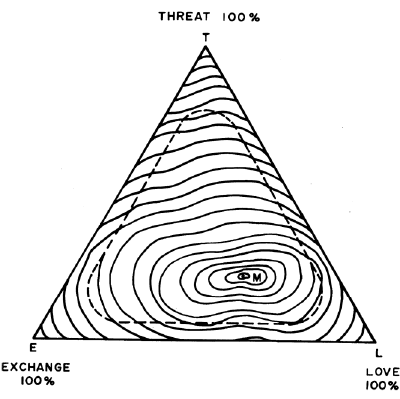 Sampleslicer isn’t really a sample-player, per se. You can’t save samples, or play back saved samples. It basically just records a live audio input, and chops it into slices, which can be played back in different orders, with CV control of what slice plays back at a given time.

It seems like there’s a lot of room for sampling modules in the eurorack field.

Eurotrash looks more like what I had in mind.

Sampleslicer is different but very interesting too

Would be nice to have a sample player that could play sliced loops, in acid, Apple Loop or REX format, with CV control of of which slice to play.

Eurotrash uses SMD components, though, so only go down that route if you’re happy soldering surface-mount components.

Well… last time I touched smd stuff it was an attempt to mod a volca beats. I nearly fried it so I’ll keep away from smd stuff.

The sampleslicer is not what I had in mind but I can see many uses for it… I may give it a try.

> I nearly fried it so I’ll keep away from smd stuff.

You might as well give it a try, if you insist on CD quality or better. Or go with the Euxoloti, when it becomes available. It’s a big large maybe, but then it can do much more than playing samples. Or Disting, though the UI may be a bit minimal.

Or, if you don’t care as much about audio quality, after all: There should be plenty of DIY options based on the ones already mentioned: GrandPa and (I suspect) Ultra Wav, too, are basically variations on the “Adafruit Wave Shield”. Nebulae is simply PWM out from a RasPI; but you could easily improve on that: there are cheap, more or less suitable and easy to use DAC “hats” now, if you don’t want to deal with codecs (see, for example, the “Phat DAC”). RadioMusic and Eurotrash are very basic incarnations of the Teensy Audio Library. All of this is fairly accessible.

I’ll keep an eye on the Euxoloti.

Yeah, but those oldschool 12 bit samplers worked a bit differently, so not really comparable.

How the sound was produced can matter. For example the difference between the DSP approach with a fixed sample rate to the Modal 002 with its NCO approach, variable sample rate.

There was also a WTPA Euro module on the way although granted it would be a sampler not a player only.

WTPA is not super fun as a sampler, would love more of a tape deck style interface, especially in euro land. Basically i’d love a sp-404 with some sort of grain synth function.

I can imagine a sampleslicer + a microphonie being a lot of fun.