I made this patch a while ago when I got Ears and realized I never spammed it here! It’s my most successful video so I won’t bother you with the rest

The title is an anagram of “Ears Rings” 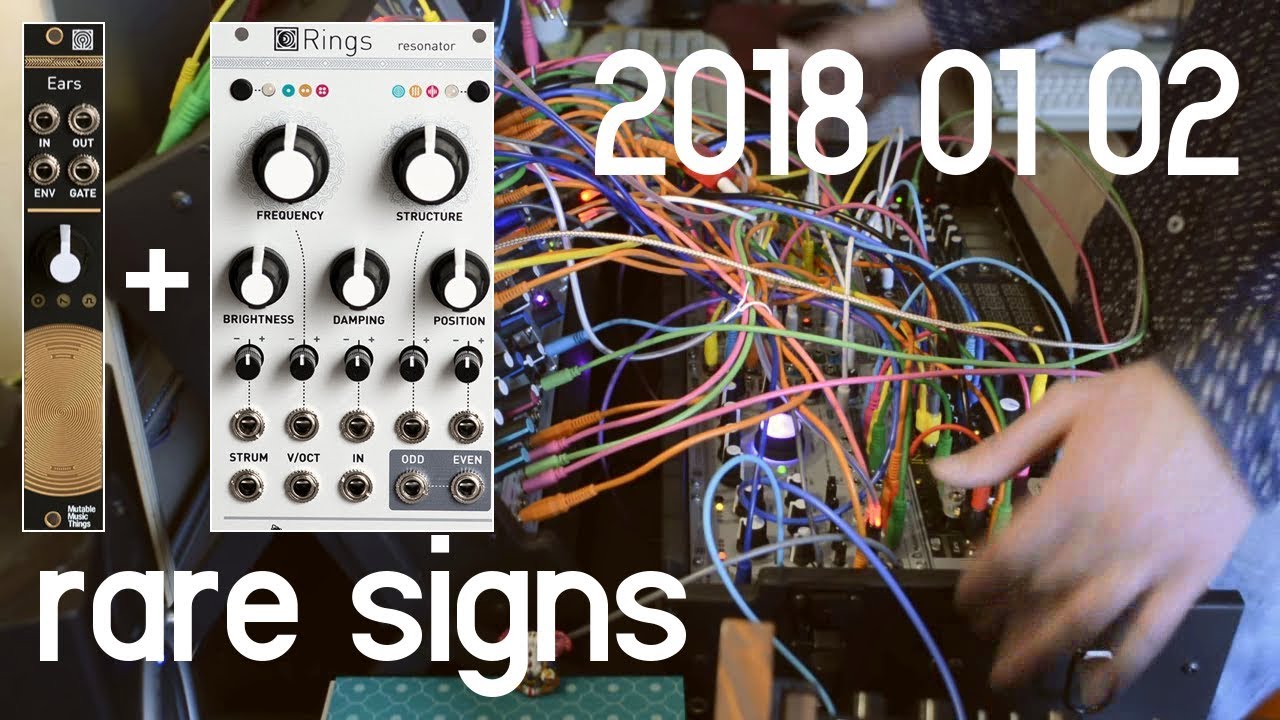 Ears works fantastic as an exciter for Rings! Most of the videos of Ears I’ve seen were using it as an experimental device but it can also turn your case into a classic percussion instrument, or paired with Rings, as a String instrument (or both at once as in this patch), with feedback similar to that of an electric guitar if your synth is close to your speakers.

From my patch notes:
“Ears’ out is providing Rings the exciters, and is sent to the Phonogene in broken echo mode (speed modulated by Batumi), and to the Echophon.
Ears is also providing an envelope that goes through Maths’ channel 1 to Ring’s brightness, and a gate to Maths’ channel 4 which generates an envelope for the Bass (DPO with slight folding, pitch controlled by Harmonàig’s root output)”

At the same time I was trying Frames as 4-chan sequencer for Harmonàig, making advantage of its ability to not stick to just one key. Patch fully described in the YT video description if you’re curious.

This is awesome!
so where the notes are comming from? is ears triggering a random source that is quantized? is you quantizer sequenced to change scales?

Quantizer is Harmonàig, in non-diatonic mode. It takes 4 inputs: root, chord quality, inversion and (edit) voicing. All of which come from Frames in sequencer mode, but a real 4-tracks sequencer would do a better job, it was a pain in the basement to fine tune. Harmonàig then puts out 4 CVs which are turned into arpeggi by a sequential switch, before being sent to Rings, whose only exciter is Ears OUT. I think I sent Ears’ envelope to Rings’ brightness too.