I take 0 credit for this since Adrian came up with it: Not satisfied with the yellow/green red/green options for the LEDs? DIY with a pair of 0805 size SMD parts and pick your own colors (I use a 3mm Bivar light pipe that is the same size as a normal 3mm LED). They just need to be soldered opposite of each other. Thanks Adrian! 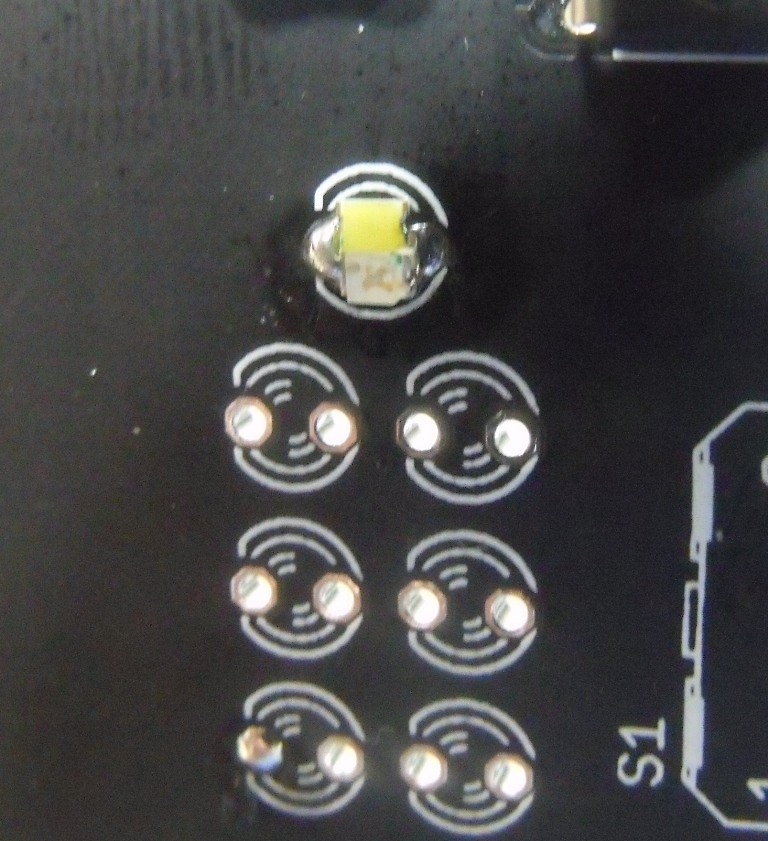 Hopefully this is not contagious….

no pain, no gain.

something for soldering artists … impressive

Yeah, this is so simple + brilliant that you most likely won’t come to think of it yourself

A week ago I found some strips of SMD-LEDs here. They reminded me of the days “when I was younger” and had the patience (and eyesight) to fit sixteen 603-LEDs into a H0-scale truck - all radio controlled. 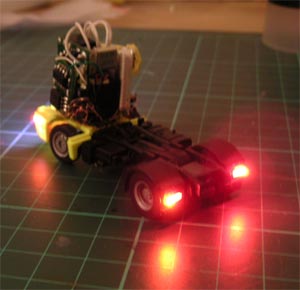 But regarding the DIY-duo-LEDs one thing came to my mind: what a about the resistor? I think you can’t just combine any 2 colors you like? You might end up with one being much brighter then the other. Maybe thats the reason why there are just certain color-combinations available ready-made in duo LEDs.

Good point, this is where some testing helps. I picked out parts that were from the same series where the MCD output was the same so the same resistor could be used for both sides to get the same luminosity. I did check it though since I didnt know what value to use for these parts (it ended up being 470R ironically with the lightpipe installed) by making a rig with from my variable PSU running 5VDC with a socket for a resistor and a wire to ground so I could test easily. I did this AFTER soldering a part to the board since trying to pincer a 0805 SMD part like that isint that easy. Some trial and error would probably be needed to dial in the brightness if you were using two different brands of LEDs

… so what colors are yours? Just curious … I wanted to make blue/orange but it didn’t look as good as I was hoping. Did you superglue them before soldering or have you been just lucky? They look almost perfectly aligned.

white and blue. i just solder one side at a time till they sit right