I’m thinking about to try to make my own debuzzer. I have some old synths which are Buzzing in the channels… But buy everytime a stereo debuzzer is 40 euro…

Is it easy to take a platine (free) and mount a debuzzer?

Which components do i need?

I’m not sure what the exact problem is you’re trying to solve, but it would help to try and localise where your perceived buzzing is coming from. If a synth is really producing a buzz, only a fix inside the synth would fix it. Audio filtering the output (in a mixer or software) can sometimes help, but you will normally take wanted sound away with the unwanted buzz. There is specialised software/hardware for debuzzing, but the good tools here are extremely specialised and expensive.

With older equipment, if the buzzing slowly got worse with age you might get improvements by replacing electrolytic capacitors, or even just reflowing (melting) some solder joints.

There is a good chance that your problem is simply to do with ground loops though, and the buzz can be made to go away by looking at the ground design. If a DI box makes the buzz go away, this may be the cause of your problem. One word of warning: people will sometimes remove the ground connection at the power input, which can make a buzz disappear, but this removes a designed safety feature, so please don’t jump in with fixes like that. 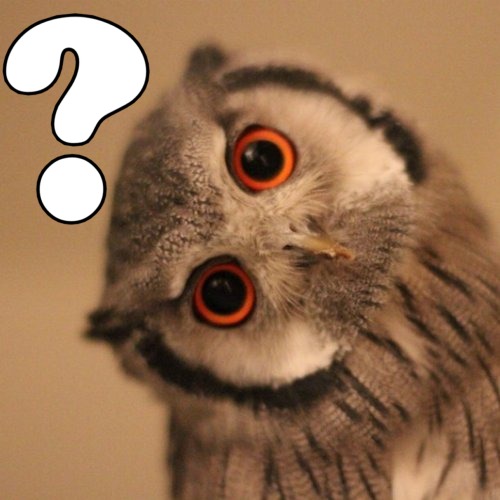 I’ve looked at the wikipedia page for Entbrummer and this looks like something specific to tube equipment.

Could you tell us, which synths buzz, provide a recording, and link to the 40€ product you buy? This will help us understand the problem.

It might related to your cables, power cables, electrical setup, power supplies etc.

Most Humm Problems are Ground loops you can easily prevent by proper powering. I have 25+ pieces of gear running (mostly late 80ies and 90ies) and no hum whatsoever.

Now I want a special case with that owl engraved instead of the girl.

Can do. You might want to put an Entbrummer™ Circuit in it…

Glad I wasn’t the only person who had to turn to Wikipedia. The very name conjures up images of snake oil. Or of course Cedar, but not at 40 Euros.

ETA: Taking pride of place alongside the Fail Whale and Desoldering Brad, I present to you: Die Brummeule.

Oh not, not that virgin fairies pubic hair discussion again… Heres more about that Brummton - a bunch of Tannenzäpfle™ helps, even with understanding this…

EDIT: Derailment in 7 Posts… not bad for a Sunday

Shure they don’t, its all shoven to polish your gold plated PCBs at Full Moon…

Most Humm Problems are Ground loops you can easily prevent by proper powering
Well, not always that simple. In a lot of cases ground loops appear when your devices are… grounded. Like say, you have several hardware synths using mains power supply and being grounded. The ground loops appear when you plug their output to the same mixing console.
In this case, the proper way of preventing a ground loop is to have an insulating transformer at every input in your mixing console, which is the case in most high-end consoles afaik, but of course not in the cheapest ones. I think differential input stages also help (even on asymmetric links) but I’m not quite sure.
This is also the reason why sometimes guitar players encounter small electric shocks when touching the microphone with their lips. The microphone is grounded through the mixing console to the power amp, and the guitar player is grounded through its guitar strings and effects to his amplifier. Both “ground references” are very distant and there is a small offset, which causes the electric shock. With a proper mixing console, equipped with input transformers (or at least differential inputs), this problem wouldn’t exist.
It’s the same reason why using the effect loops on improperly designed guitar amplifiers add some humming.

A way to get rid of that is to remove the ground connection on your device and replace it by a cap, like what they did back in the 60s when ground connections were not obligatory… which is pretty dangerous. I wouldn’t recommend that. Another way is to disconnect the ground on one side of your audio cables, which is pretty cheesy as well, and can bring all types of noise.
A better solution is, like you say, to plug all your devices in a rational way. You plug your devices powers in the same “order” as you plug them to your mixing console, and you avoid 30m length power cords (counting the wires in the walls) from one device to the audio console. But if the mains circuit in your home is not really well done, this may not solve the issue.
The best solution is to have a proper, good quality mixing console…

The “entbrummer” is very specific to tube devices. It’s only useful when heaters are AC-powered, and setting the right ratio on this potentiometer is totally relative to the inner layout in the device. With the same schematic, a same setting could yield different results if the layout is different.
By the way, this schematic is not totally relevant. Most of the time, humming issues in tube devices caused by heaters can be avoided when this AC voltage is set to a DC reference. In the schematic from wikipedia, you would set the cursor of the potentiometer to DC reference at say, ~40v between ground and the high-voltage DC power supply thanks to a resistor network and a smoothing capacitor.

The easiest way to prevent Ground loops is - tadaaaa! - using the same Ground. So in a small Setup keep all your stuff plugged in on the same PowerJack (thats OK for several Synths + Outboard Gear + Mixer), keep your Lights on a separate Line (even your Studio Lighting, especially cheap NEON tubes), if you are using a PA, keep the PowerAmps on another different Line and feed Audio Symmetrical to it. This easy way you will get around 99,9% of the PRoblems in your Home Studio Use. At least i never have Problems following this simple Rule.

In your Example above its either a badly isolated Cheapo condesner Mic having the +48V Phantom Power on the Chassis (i have seen this quite a few times…) or the Mic (and the Mixer behind) is probably on another Mains Line some distance away with a MulitCore FOH and the Guitar Amp plugged in to different Mains Line on Stage. A Passive DI Box (which is in general just a 1:1 transformer) can help a lot here.

he easiest way to prevent Ground loops is – tadaaaa! – using the same Ground
as I said, it’s not always true depending on the length of cables, their quality and sometimes interference sources.
Not to mention that plugging several power amplifiers on the same mains plug is not always the best possible idea, and that room can be an issue. There’s no point using the same mains plug if you have to run a 10m power cord from it.

My Mic example is based on SM58 as most guitar players use them, so no phantom power in the equation. It’s a rather common problem, and the real solution is to use a proper mixing console.

But yes, your proposition is right. Just saying that the problem is most of the time related to the mixing console. You can find ways to minimize the problem with a rational setting and way of plugging and powering all your stuff, but the original problem is that this kind of ground loops wouldn’t even exist if mixing console were properly designed.

I think its not a Mixer Problem, its more - as you point out right - a problem of cable lengths and different Mains Supply. Here in my Setup no Cable is longer than 5m and i keep straight to the above wiring scheme - no problems at all. Im aware that this is not feasible on Stage; here i’d recommend a SubMixer for the Synths and snatching every Signal either via Mi (Symmetrical) or Symmetrical XLR connection - in worst case via DI Box. Back then when i did FOH i refused any unsymmetrical Connection to the Mixer simply by having a Stagebox with just XLR connectors

Once the Hum Owls are banished to the hinterlands, you may still find you have a problem with whistling rats. If you’re lucky, you have them in pairs, and your mixer inputs have good common mode rat rejection.

Aiaiai, what a thread…

My english is realy bad, so i didn’t find the right words… I know that if i remove the ground it would be better. But, i have some synths, like gaia sh-01 which does hummm by 50Hz… So i buyed one of these and it went away… So my question was, if its possible to build one cheaper …

And yeah, you can laugh on my english… Doesn’t hurt me…

PS. I used by the gaia sh-01 neutric jack 2 jack 3 Meters… And? Hum hummmm hummmmm … Sometimes its not easy to remove them… So then i used a DeHum…

So, who is the next laughting me out?

@john
I only could laugh about buying a GAIA

If this one hums at 50Hz with a 3m cord you are in deep problems regarding everything…
1st try powering the GAIA, you Mixer and your Amplifier/Monitors from the SAME MAINS LINE / MULTIPLE POWER PLUG. If this doesn’t remove Hum,try another PSU for the Gaia