This discussion was created from comments split from: CVPal, finding out if USB source works.

@t2k
You need a bigger skiff anyways.
One of the few propositions that is always right, lets call it the first axiom of modularitis.

@dualmono
If its just the Clock Signal you need, you can easily do this with a PicAxe 20x2 chip, an Optocoupler and a simple Transistor or OpAmp Output Stage and a few lines of code ill happily help you with.

Good suggestion: using a PicAxe makes it even simpler than going down the Arduino route. This could actually be a great tiny DIY project for an ultra-narrow 2HP module if you use a minijack for the MIDI IN. 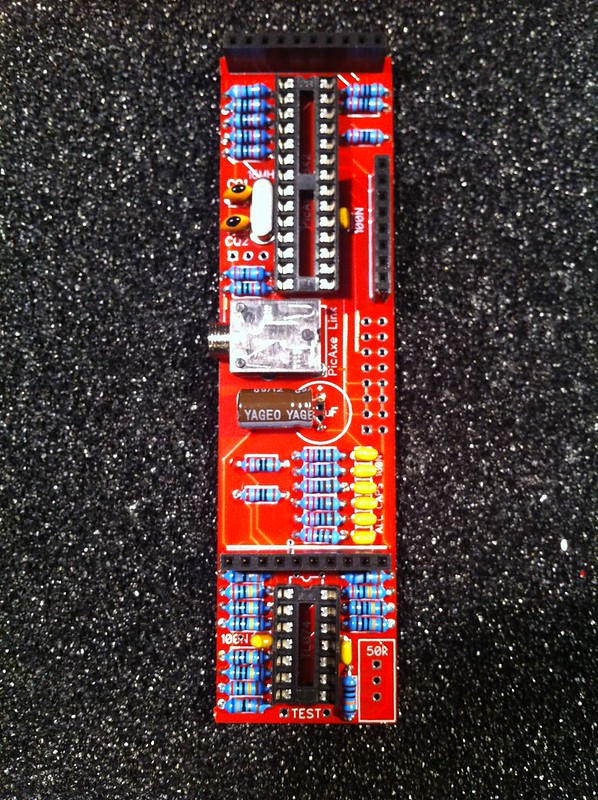 Aww heck, I’m game! If nothing else it pushes it closer to the big X.

I will require a pre-programmed chip though.

Im in… Could also be just pcb so I can put that picaxe cable to use.
FuckYeahGimmeDatMIDIThingyCounter: 3

Do you want a nice Factory Made PCB or selfetched HardCore DIY Style?

I bow to rules of diy - self etched ! As long as it will not by too much hassle for you, if the count will keep low…

Doesn’t matter…
Maybe we should start an new thread for this?

Maybe….
Do we need a MIDI Thru?

Could be nice if there’s room for it, but that’s no deal breaker I think.

Might be cool to make this a slightly more fully-featured MIDI-to-CV interface, maybe?

Nope. If we go that way we are heading direction Yarns 2.0….

Just let it be what its meant to be: a simple MIDI Clock to Gate Converter, with even no Knobs or Buttons…… just 8 Outs and a LED that blinks when MIDI Clock is detected.

Hardware thru for optimum timing

With 24clock ticks per quarter note = 96 Ticks per note i guess “uneven” values like /11 or /9 would need some extrapolation in a PLL am not to fond to do on a PicAxe. I really like the idea to have a very simple module without any user interface that just spits out clock triggers. No Manual, no hassle, no problem understanding.