I’m looking for a good quality mixer with somewhere between 12-16 channels (for example configured as 4-6 mono and 4 stereo channels) with at least 2 effect sends per channel that’s as compact as possible. EQ, phantom power, and mic preamps aren’t needed, but I understand that I’m unlikely to find anything without those features.

So far, the Mackie 1202VLZ4 is a good contender (I’d prefer the 6 mono channels of the 1402VLZ4, but the faders simply make the footprint too large). The Behringer small footprint mixers seem to come with a single effect send per channel only.

Am I missing anything obvious? Is there some kind of boutique small footprint non-rackmount line mixer I should look at? Anyone know of some DIY project I should be aware of?

Hi, as someone who is new to the forum and doesn’t have much clue about mixers, I should probably not say too much. But since I am looking for something related: A Mackie is probably never entirely wrong. I have the smaller one 802, very good, sufficient for me and nothing to complain about (but I never worked with real high-end stuff or did much recording).

Another option you might look into, in particular if EQ is not needed and space is an issue: I also have the micromixer 18: http://www.soundonsound.com/sos/1996_articles/may96/midimanmixers.html
It’s really really tiny (less than A5/B5), many inputs, two aux send, very solid. Certainly not high end, but again it’s more a sub mixer for fun projects, and I like it.

And here is the thing I am looking for, but do not seem to find anything: Is there any simple good quality sub mixer for eurorack??? It would make a great signal processing/effect system and I guess many people use it that way. So I imagine a few signal running through an small eurorack, with some time-dependent filters and panning, but then … does anyone know a simple eurorack mixer that can handle stereo, to make a submix already inside the rack? In the ideal world with CV controlled aux and panning, but not yet in the price range of the Intellijel Dubmix and with stereo inputs as well???
Technically it does not seem very complicated, … but there seems to be nothing available.

ps. I don’t think DIY project of mixers make any sense. It is hard to beat Mackie, Alesis, Behringer or similar on quality or price, and unless there is an interesting very unique very non-existent feature to add, why DIY?

I am using a borrowed Yamaha MG16/4 which is also nice but is much larger.

Mackie 1202VLZ extended with Behringer RX1602 sub mixer worked well for me. The latter has only one send per channel though.

I was also thinking a about a double mixer solution. effectively you get 3 fx sends this way. Only you can’t rout all signals to all auxes.

Hm. Would it make sense to design a PCB for a simple DIY line mixer with tiny pots?

Something with only level, pan, 2 or 3 post-level sends, a mute button, and a single clip LED (or maybe a signal/clip bicolor LED) per channel, stereo aux returns with level pots, master output with level pot, short VU meter, and a headphone output.

Using tiny pots such as the level controls on the Tanzbär you should be able to cram 12-16 mono channels into a table-top box that’s still pretty damn tiny.

@thijs
As long as this is line level its quite easy

@fcd72 Yes, unbalanced line level. This would be for mixing your synths, samplers, and other line-level gear only.

@thijs could you live with eurorack form factor?

@fcd72 I am looking for a tabletop unit but I wouldn’t mind something that could also be mounted in a rack as well. This means the unit can’t be too deep though.

I have 1,75" without Backpanel for the PCB

@fcd72 You kinda lost me there…

> As long as this is line level its quite easy

I would love to have such a thing in eurorack form factor!

I made the bad mistake (*) of buying a few modules recently, for sound processing, no oscillators, something I have contemplated for about 10 years now or so. I really like these time-synced filter effects, and there is not too much on the market (the Adrenalinn was a bit a disappointment). I bought a used Clavia Micromodular back then, which is also very good at this, but now it’s time for the real thing …

For sound processing I would love to be able to mix different sources, basically having a submix already within the rack (3-4 channels, nothing dramatic).

There are a few submixers available, but they are either only announced, or (it seems to me) quite expensive even by eurorack standards, given that there are lots of simple keyboard line mixers for very little money. 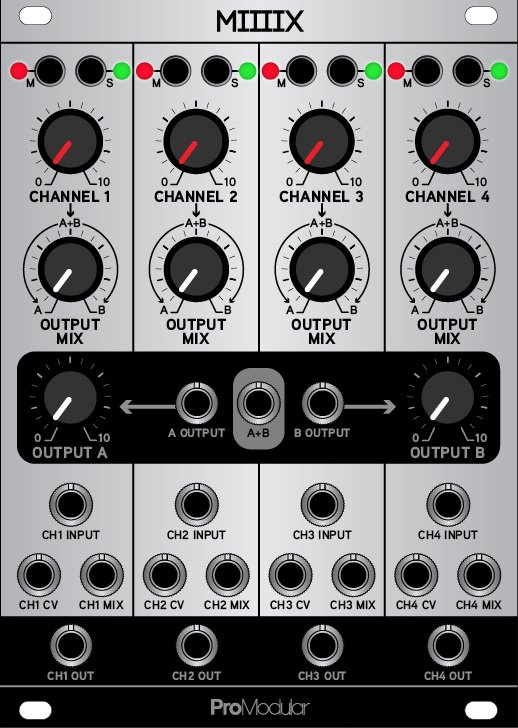 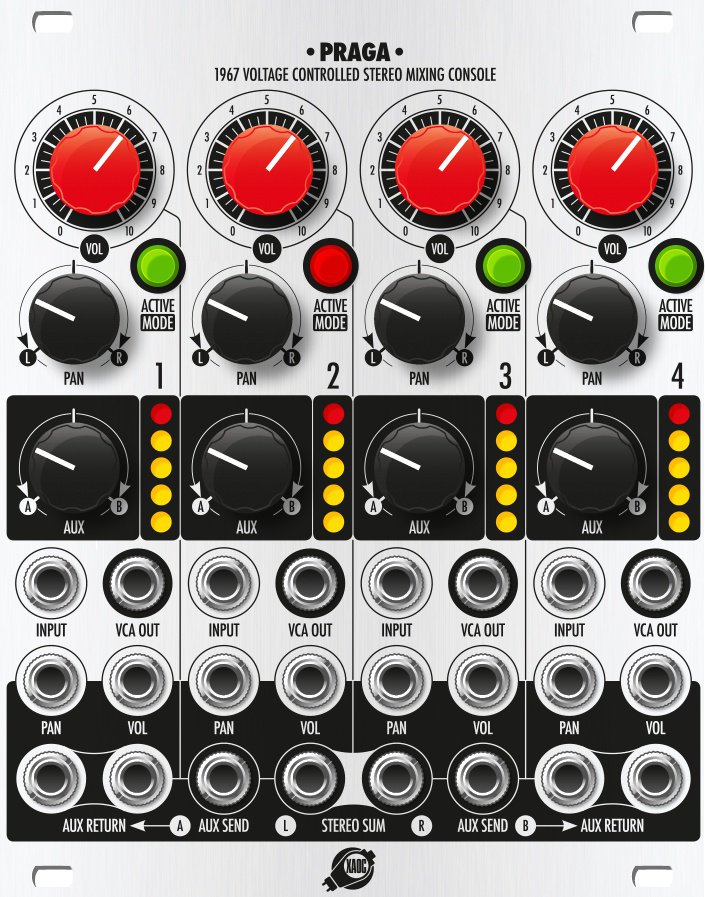 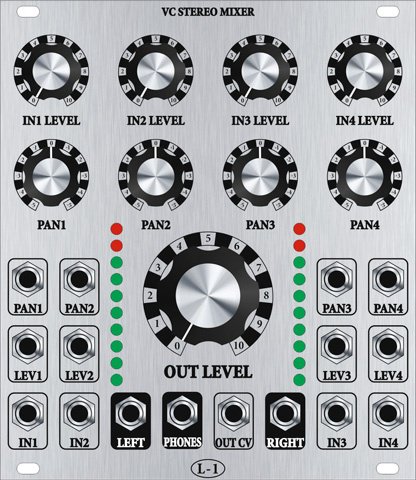 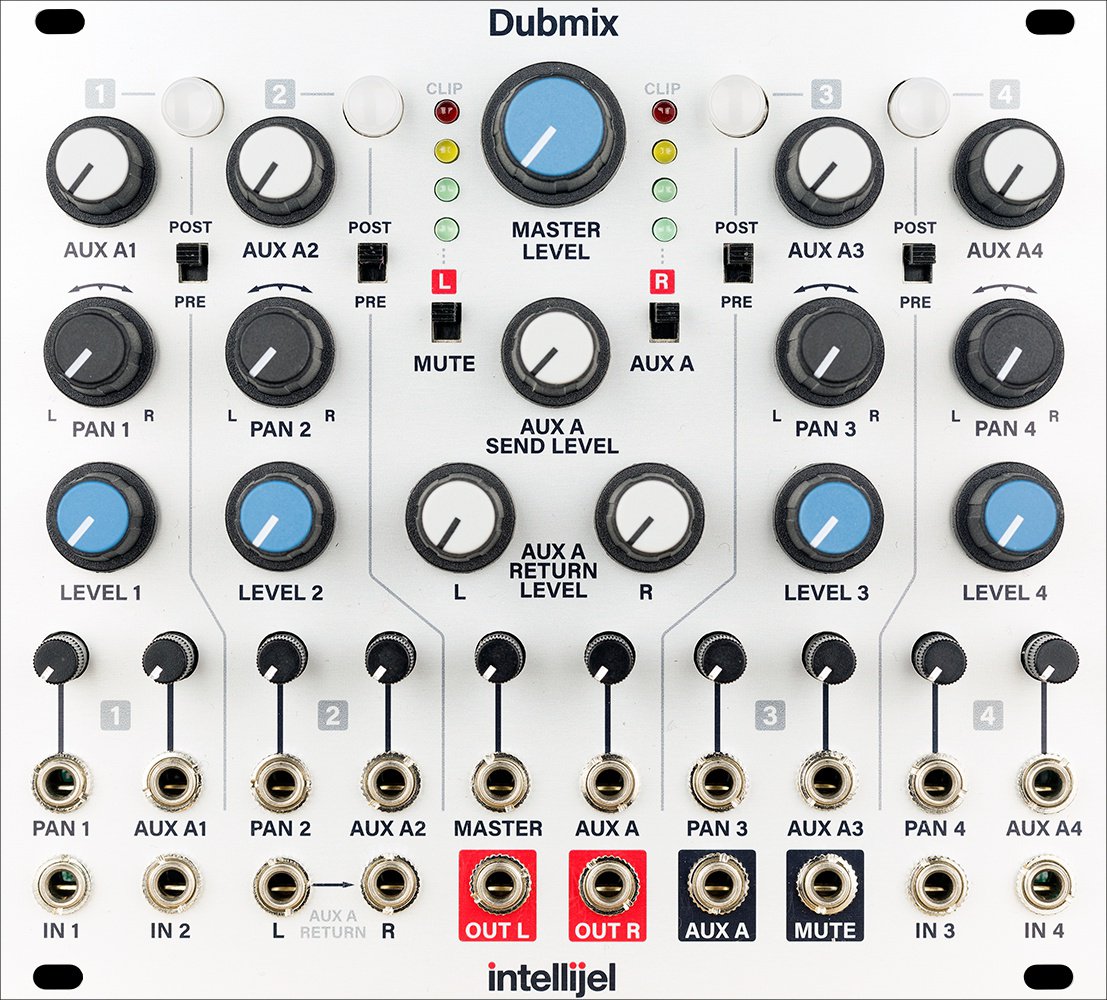 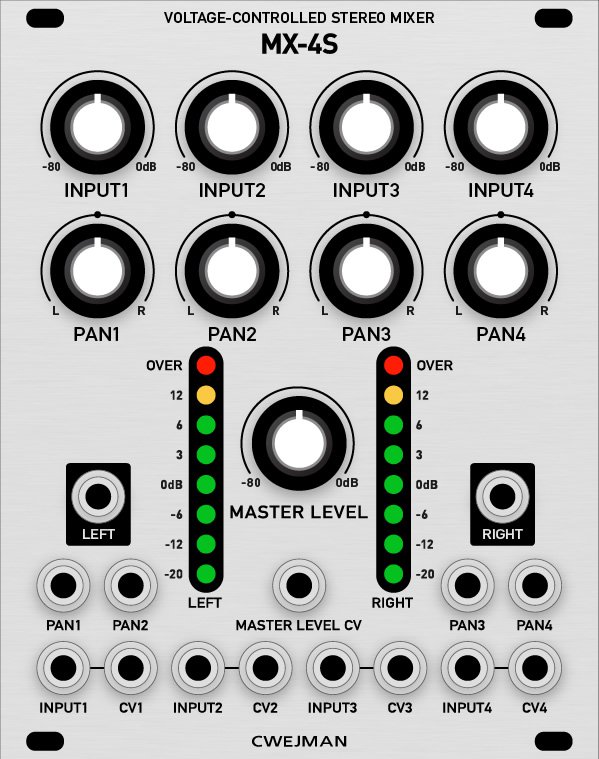 You think it is not to difficult to do such a (even simpler as above) mixer as DIY? What would be the caveat? Probably not worth doing, given all these options above?
The basic functionality can probably also be easily replicated with existing modules (matrix mixer, 1-2 Doepfer panner/crossfader, and a simple 2-channel unity mixer).

(*) ‘bad’ because these 4 modules I now have are a lot of fun with external signals, but they seem to ask for more … and more.

@thijs: I have just bought a used but mint Mackie 1202-VLZ3 mixer via eBay at a very reasonable price from someone who lives just 1 km away. Essentially the same as the VLZ4 I think except for the mic pre-amps, which I don’t care much about (the ones in the VLZ3 are also quite good, I gather). Anyway, a very nice little mixer, ton of headroom for “hot” signals from modular synths and Shruthi etc, and my goodness, it weighs a tonne - it really is built like a tank, or like a brick shithouse as we say here in Oz. Thanks for the recommendation.

I’ve got a Mackie 1202-VLZ pro, it’s a great board, and it’s built like a (small) tank. Lots of routing options. I’d definitely recommend it. I’m getting to the point where I’m looking at maybe adding on a second smaller mixer, but the Mackie is a really great little board.

I did the aux send 2 pre fader/pre mute mod to mine (http://www.mackie.com/pdf/compactmixer_mods.pdf), which was easy and works well with my setup.

@morcego there is a schematic for a basic mixer on the Doepfer DIY pages.

MI Shades would accomplish what you need for 3 channels once released.

If you DIY, Manhattan Analog Mix is basically a kit (or prebuilt) implementation of the basic mixer design like the Doepfer one without an inverted output (which isn’t all that useful for audio mixing). Another is the RYO AmpMix which gives gain, which could be nice for your uses. If you’d also like VCAs so you could add CV control to your mix levels, Barton VCA Mix.

I have used even simpler means for mixing if you are dealing with similar level signals, just input jacks with signals feeding through resistors to an output jack, all sleeves grounded together.

Have you consider the LM-3204 ?
Pretty compact for what it offers. 19" rackable.