Is the 6502 next? I think I still have my 6502 assembler manual around at home somewhere.

I turned an Arduino Due into a single board C64 emulator.

C64 Emulator For The Arduino Due

Almost a year ago, [miker00lz] started a thread on the Arduino forums telling everyone about a 6502 emulator and BASIC interpreter he wrote for an Arduino Uno. The chip inside the Uno isn’t a…

It wont run those C64 games but it can run a SID emulator and for sure CBM Basic and 6502 assembly.

It keeps your old C64 in the closet.

I also did a Vic-20 emulator with NTSC output on a standalone Arduino Nano. 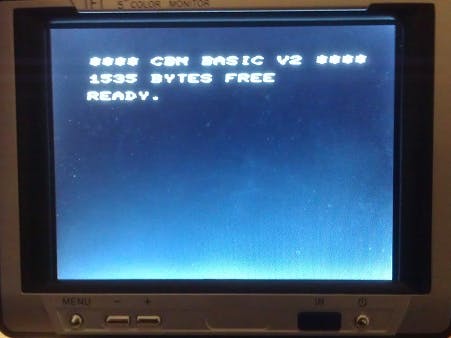 Emulating a CBM VIC-20 with NTSC video on a standalone Arduino Nano By Jan Ostman.

Not standard in the Vic-20 environment it can still run a SID emulator.
.

@janost: Are there some instruction on how to use this with an Arduino Uno? I wouldn’t mind trying the SID emulator, I even have a screen shield.

Look for the SIDlibrary for the Arduino and include it in one of my sketches.

Then it’s just a matter of deciding if you want the SID registers memory mapped like a real CBM or some other means to set the register values.

Interesting, I will definitely have to look into that later as I am about to hit a busy spike int he coming weeks. If I can use my computer to talk over serial with it, I can type up a few SFX like on the C64 without too much trouble.

It runs just fine standalone and can be controlled through the Arduino serial port.

You only need a 6502 emulator if you want to play with real C64 SID players.