just impulse bought a tb303 for <$1k - then the seller tells me it has this problem:

“I set this TB-303 up today(with the midi to cv converter), and the main problem is that the oscillator makes a constant tone. Running the output through a VCA midi gate will solve this problem.”

still worth it? I wouldn’t know the first thing about fixing it, so I’m having some regrets and wondering if I should back out of the sale.

I’d take it, for a sizeable chunk off the price.
Im sure its fixable. And the first place i’d go looking for the fault is around those CV input mods.
But if you are not too up on your electronics skills then you’d be better off sending it to a good synth technician to look at. Theres a few knowledgeable 303 tech types lurking over at Adafruits x0xb0x forums.

I’d buy a pre-made x0xb0x over a potentially badly-modded 303. It may be easily fixable, though.

i wouldn’t be surprised if you can find some forum help at adafruit and fix it yourself.

Hi tmm,
where are you located ?
K.

tmm, I built a Xoxbox for considerably less than that. It’s a more advanced project than a Shruthi but not vastly so.

I’m in nw usa. I’m actually leaning toward the x0xb0x route. cheaper, more flexible, and I don’t have to worry about the hassle involved if it gets broken/stolen

The 303 sound is pretty cool (I have a x0xb0x) but after having played around with other more flexible synths (like the shruthi), It really seems quite basic - a one trick pony if you will. I would pick up my shruthi before my x0x for most things.

Aside from the ‘vintage’ appeal of the original, I reckon you would be better served getting a x0xb0x. They are probably half the price of what the guys is asking for a broken 303. One that has been meddled with as well so it probably isnt as valuable to the vintage purists in resale.

The 303 sound everyone seems to desire isn’t always what the device produces in raw form, Josh Wink for instance distorted the sound using external gear.

Same goes for many other classic synth albums, the sounds on Gary Numan’s Pleasure Principle were made with synths put through guitar pedals. So you won’t get those sounds straight out of a synth.

@ fleetway76 one trick pony, yeah. No question about it. But some ppl. really are into that trick. To the obsession, i’d say… Especially oldschool Acid House freaks. There’s no substitute for 303 if you make Acid House. At times, i have been bored to that sound but i find it again every time after some break. I have tried to make Acid House without TB sound, with other ways, using even FM-synths. It’s a challenge to keep that certain Acid House vibe without TB, but it’s doable.
Usually when i create some other types of material between, and as time is passing for a while i find myself loving 303 hooks once again!

I agree you on that the x0xb0x is more wise investment. I would pick that over fully functional 303 too. Those who swear for original TB303 are rich bastards!

F*ing collectors who collect mainly street credibility instead of SOUND. I bet that inventors of the Acid House back in middle 80’s wouldn’t mind whether it is x0xb0x or TB303 at all. They would have picked cheaper one. Just like they did… TB’s were dirt cheap back then. They took cheapest machines they had available and used those like they wanted.

BTW. i have seen this phenomemom with C64 and their SID chips too. They were most common devices in the 80’s, then they were obsolent about decade or little more, until electronic music composers found SID chip and their prices started to rise. Ppl. were throwing C64’s to trash earlier. I saved couple units in that time.

Later i had to take SID out of those and use it with HardSID.

@6581 I like 303’s pure sound without distortions. Actually i very much dislike distorted TB303 (and BD’s). It was so overused at the nineties… If i add effects to TB303 i use other kinds, like phasers, flangers, reverbs, bitdegraders etc. Though not overuse those either. I often create patterns for effects and mix those up at some phase, adding parameter changes to the patterns, then fade them away again etc. I try to make effects part of the songs structure.

Josh Winks higher state is not oldschool for me, hardly even classic. Just some commercial techno hit from 90’s. Typical Acid House which i am into is made between 1987-1989. Surely they used distortion back then, but there were less of that compared to 90’s.

Josh Wink was an example of how a “mental” 303 sound was not a pure 303 sound. Hardly a good example of what an unprocessed 303 sounds like.

Imagination’s song Just an Illusion is how a 303 sounds without twiddling the filter knobs.

@6581punk, Checked out “Just an Illusion” just now and that doesn’t sound like a 303 to me at all. Besides the basic tone not sounding like the 303 square or saw, the slides are a dead giveaway. A 303 slide is much faster.

Looks like the guys on gearslutz say it was an mc-202. edit: actually no conclusion seemed to be reached - lots of theories though.

Anyway, not trying to start an argument or anything

Randy909. One of the guys in that thread contacted the band and asked them. It was a Moog. The confusion seems to come from whether it was a Mini or a Micro.
Either way, it doesn’t sound like a 303 to me. A 303 doesn’t slide the way it does in that song for one. So thats a giveaway.

Re: x0xb0xes. I built a couple of them. Indeed you could probably build 3 or more of them for the cost of a single, real 303.
The prices of real 303’s became silly years ago. And thats if you can even find a good one that hasn’t been ruined/mollested by some ham fisted tweaker.
They sound more than close enough to the real deal for me (and so they should, given that a x0xb0x is a pretty accurate clone). Plus I have no concerns over ruining the originality/value of the thing if I choose to mod it. And with built in Midi etc, its a win win as far as im concerned.

While im here. Some x0x suppliers are good. Some not… So I’ll stick a shameless plug in for a couple of the good guys

Yeah, I got my kit from willzyx and the support was great.

thanks everyone for the feedback! I’m really impressed with the quick, insightful responses from everybody.

I stand corrected then. I’m sure I read that it was a 303 a long time ago (pre-WWW) and it was held up as an example of what a 303 was designed to do.

But Blancmange definitely used a 303. They’re holding one on the back of their single “Living on the ceiling” 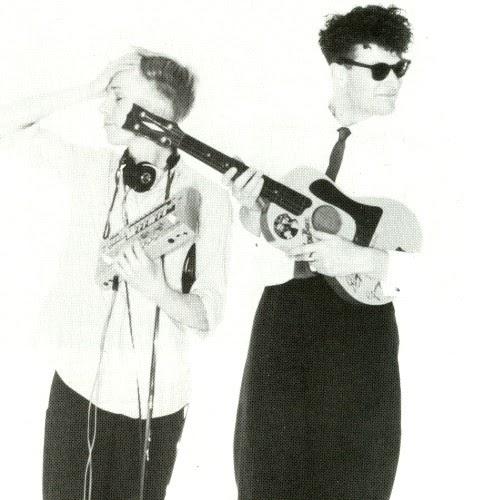 Woah, that track is super interesting.

For the record, this is how you’re supposed to use a 303.