First off, breadboard friends is a great idea. I like the power supply, but want to be able to handle different voltages. An easy solution is to just solder a female header in each regulator spot. That way you can swap regulators for different voltages.

So, suggestion: include a pair of female headers to allow swapping regulators.

Why not use 9v instead?
(Assuming for input into the DC jack)

because my modular runs on 12 and I want to test the circuit on the same voltage… anyways I could use a.pin connector from my 12v psu

I tried this, but the results weren’t very consistent. I had low profile header which I don’t think was deep enough and/or couldn’t handle the larger regulator leads. At any rate, I am all for the idea but it will require a BeefierThanUsual female header. @quarterturn, this is a great idea!
Perhaps it works even better if a 3-pin standard sized header is soldered to the regulator(s) as well?

Personally, i power my breadboard with a 16 pin Modular PSU…

I power my breadboards with this

You could power your evil scientist lair with that!

I need the scaled down version of that. Any suggestions?

That’s a very frenchy way of doing it 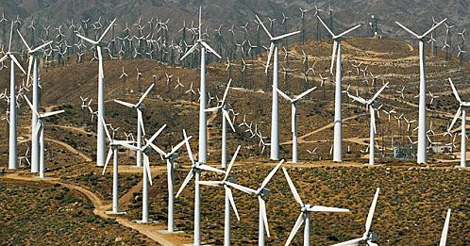 Give me nukes anytime.

Have you heard the noise those fans make?

Seen any birds flying around them?

And don´t get me started on the maintenance costs…

When it comes to power, I don´t give a dam.

But then you can only breadboard when its windy…
The german way would be getting rid of the Nuclear ones, run a lot of the old PowerPlants that burn badly fossile fuel to back up the Wind Energy ones when there is no wind and sell the excess Power to other EU contries at a prices that even makes the French think about switching off some of theirs. All this possible with the Help of the “Erneuerbare Energien Umlage” - the Tax payer has to pay for the difference of the market price and the 20 year guaranteed price the Wind Energy guys get for their power - next year this will be 6,24ct/kWh…

thanks for the clarification Oliver.

For ± 12 V you better get a switching power PSU like a decent Meanwell or something similar - most of them do also proper +5V.