Astounding Deals on Gear You Have acquired

Now on to the good stuff.

I have a tendency to find some good deals on gear, but recently I found what I would consider an “astounding” deal. I was in a region of the US not known for cheap synth prices, however I saw a store that I had not been to before. So I stopped in to see if they had anything decent. They did not. They did have a hilariously overpriced piece of gear they overpaid for years ago. Sunk cost fallacy and all.
After seeing this, I decided to go to a store that I have never seen a good deal at. Ever. Mostly to gawk and guffaw at the overpriced gear destined to set on their shelves for eternity. Needless to say, they didn’t disappoint. There was a late 2000’s toy keyboard labeled for 80$. 80 whole dollars for a flimsy toy with no midi, no nothing.

However, there was a Juno 106 sitting on the shelf without a price. I asked how much the Juno was. I could not believe the price.
100$
100$ for a Juno 106. It does need a battery replacement, but it does work 100%! That is an astounding deal in a very unlikely place. Needless to say, I would never buy a Juno for the current asking prices. I can’t pass up a good synth for that price though.

What is the most astounding or unlikely gear deal you have ever gotten?

Not really any good bargain.
A Casio VL-1 for 2€

That’s about it. Not very Astounding though.

A friend bought an Acxel 1 for only 2200$ I think. It didn’t work but we found Pierre Guillemet the inventor of that resynth and he repaired that. It still work today.

And now I do some DIY with M.I. and I,m happy with that

Not exactly Synth but nice: Behringer Edison for 9,70€ via EvilBay

This may be the most useful one I found. It was 5,00 D-Marks and still with the original Foot-Switch: 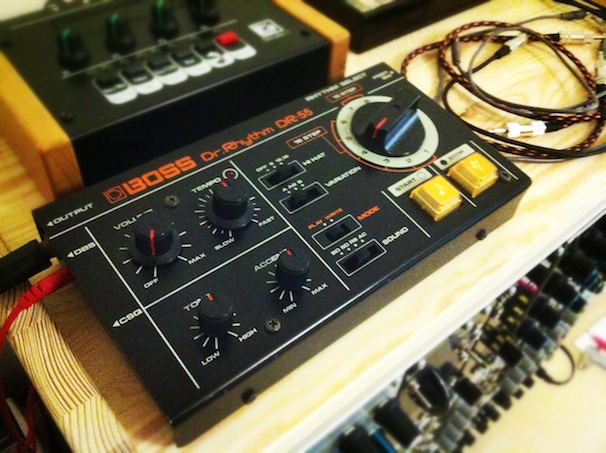 Have been using it a lot lately to clock my turing machine - working just fine. But now that I have a Pamela for clock and trigger outs, I thought of modding the Boss for trigger-ins to use it as a drum-module for the eurorack. Should be done easy, but I sometimes still feel uncomfortable to hack a perfectly working vintage machine. Would you do so?

Roland MKS-50 and Korg Wavestation A/D for $30. MKS-50 was up and running after recapping PSU and replacing the battery, A/D had to have PSU restored, firmware EPROMs and LCD replaced.

Looking back, I guess at the time these deals were not “astounding”, but in today’s world they sure would have qualified…

Yamaha DX7s- $94 a hobby shop thought it was dead, just needed the watch battery replaced
Lexicon MPX500- $0 traded knowledge for it
Pioneer DJM800- $0 A gift of thanks for showing my friend hardware synths

@dnigrin I hate you like a brother. And those deals are utterly astounding for the early 90s.

You’ll hate me less @t2k when I tell you that I sold all but the MC-202, granted for more than I paid for them, but still FAR less than they’re all worth today…

I sold more than one of those machines, which makes me bite my ass nowadays…

@dnigrin That actually only increases my feeling of brotherly hate!

Yeah, I hate myself for those sales too…

@janniz: That isn’t a bad idea, but you can spend some cash on one of those new Eurorack sampling modules and load the drum sounds into it. No mods required.

@dnigrin: It seems most people who get good deals like this do end up selling them. I do avoid that as I hate inflating the prices.

@kvitekp: A 30$ Wavestation is cool. It is good that you got it when you did. I don’t know if you can get EEPROMS for it anymore. You can probably still write a blank EEPROM with the ROM should it be available.

I will admit that I have given the Kiwi upgrade for the 106 some thought. If it did 6 parts multitimbrality and could handle 6 separate outs with a mix out too, it would be a no-brainer. Really, it would be like having 6 SH-101s. If I were going to simply flip it, I would install the upgrade and charge around 3500$ for it, haha. However, that would mean that I wouldn’t have it. ;(

While I’m at it, I have gotten an SK-5 for 5$ and a Korg DSS-1 for 30$. Not under a tenth of the price considering the floppy needed some work and there was a loose wire, but the discs it came with were worth more. I look at it as free that way.

@audiohoarder: I definitely didn’t flip 'em, that’s for sure - I used all of those pieces for quite some time, released music with them, and only sold them when I either needed the cash or needed to thin the herd. As I said, at the time, they were not nearly considered the “deals” that we now know they were. Hindsight is 20/20…

Indeed, hindsight is both a blessing and a curse.