High all,
I bought a k1ii with two busted keys for €20…I would like to ditch the K1’s keyboard and have some sort of unit like the k1m (while retaining the keyboard’s bend and mod wheels)…does anyone know who might be able to pull this off (in a somewhat aesthetic way) in the EU or germany? I understand that this is a fundamentally harebrained idea because in the end it would probably cheaper to just buy a k1m and some cheeseball multi effect; but that isn’t the point in these sort of situations is it?

So to be clear you are looking for someone who can convert this into a module for you?

I’ve not seen inside one, but if the PCB is long then it can be tricky to reduce the width of the unit.

Another option would be to find replacement keys, for example from https://syntaur.com/kawai_k.html

Reminds me of this: 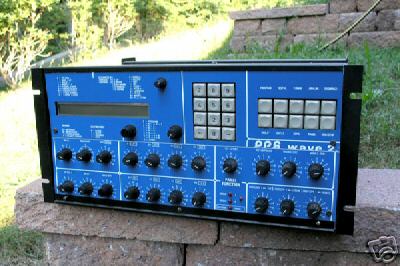 Argh, is that Photoshopped fcd72?

Nope At least not by me.

But there are more ppg Waves FrankenSteined out there: 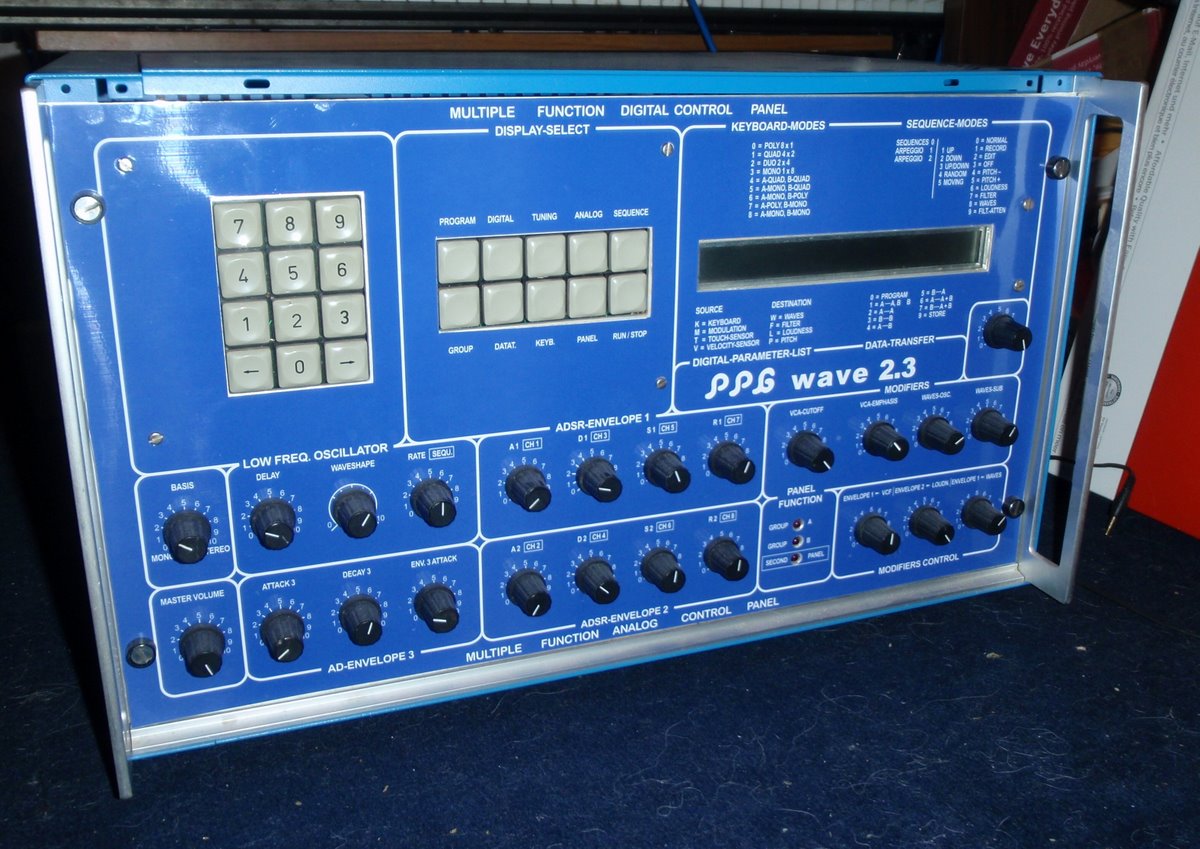 I guess once upon a time they were unfashionable and cheap?

I guess a ppg was never exactly cheap - maybe cheaper - but seeming a classic right from the start these conversions are more likely to overcome the size and reliability issues rather than a fun conversion. ppg never did a Racked Version of the Wave, the EVU is - well - an Expansion unit which won’t do much without a Wave or a Waveterm at last….

Or they came across Armen’s in NYC. There’s some fugly rack modifications there for sure. The things some people will do in order to save space…

@6581 punk, that’s correct I’m looking for someone to turn the k1ii into a module like the k1m. I opened the keyboard up and I think they used the same main board for all the versions…I would dare say I could pack it all into a k1m module if I could find a broken one. The only differences are more waveforms, effects and ‘improved’ drums.

@t2k there is one broken key but the others just aren’t responding. It was quite dirty inside so I’m guessing it just needs a cleaning. I want a module though. I’m quite happy playing keyboard on my ipad with a hex layout. The practicality of it (more notes accesible to one hand, lightweight) completely outweighs the ‘feel’ of a keyboard in my present situation.