Any chance to repair the pcb polivoks if i lost the metallpin?

Because i had to remove the IC10 an IC7, when i was unsoldering it happends… :((( It’s because of that, that now i ordered a vacuum unsoldering kit… ;

Here are some picture… If you think i have any chances to repair it, please let me know…

I have done lots of those screw-ups. Just figure out where the traces on the PCB go and use wire jumpers instead. You solder a small piece of wire from pin of IC7 that is missing the pad to wherever the trace from (and to) the pad comes from.

Jo, IC7 seems to not have any traces? Or i’m blind? Like the IC10 it seems to be the grounding. And IC7 the anode?

Argh, need to look at the scematics if i understand it well…

The holes without traces make connection to the ground plane on the other side of the board.

That makes it really easy then!

So if i understand you both, i only need to take a cable and connect it somewhere where’s a anode right?

The digitalboard i need to remount the LCD pins. I lost here also the metal thing on number one (see screenshot). As i can see on the pcb on mutable website, it isn’t used right?

No it is used - but it is connected to the ground plane.

So i must connect it to the ground somewhere? Then it would be ok?

The connection to ground is on the other side of the board. I expect that pad is still there.

just find the next spot that has a working ground connection, like some other ground pin on the lcd connector. just run a wire there

Other question to understand it well. The MC7805CTG i tried to figure out the pdf manual… Woha, i understand nothing…

Heatsink pin2 mean for me that it isn’t used?

you better look at the Shruthi schematics which pins are grounded and go from there.
about 7805 it’s always the same pinout: 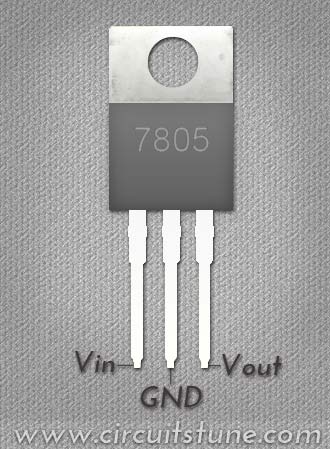 Okey, i try… If my appartment burns out… Then i know it was false… :DDD

So, i forgot -> Merry Christmas The metal tab of the regulator is the most negative voltage of the story - negative input voltage on the 79xx ; and ground on the 78xx.

Yeah-the substrate of the chip is sitting directly on the metal and is always the most negative part of the circuit.