Ambika works but screen is blank

I have built 3 Ambikas, two of them work 100%.
The last Motherboard seems to work (if I press button all leds light up as expected) but the screens simply shows a line of bricks, like it’s never been programmed. I tried reprogramming it, always succesfully, but nothing on display…
Display has backlight, led works, led light up on midi activity…but nothing is shown on screen, only bricks…
Any explanation?
Thanks

after retouching some solder points on the Atmega and the screen, this is what I get, all random chars on screen, it still look like the mobo is working tho… 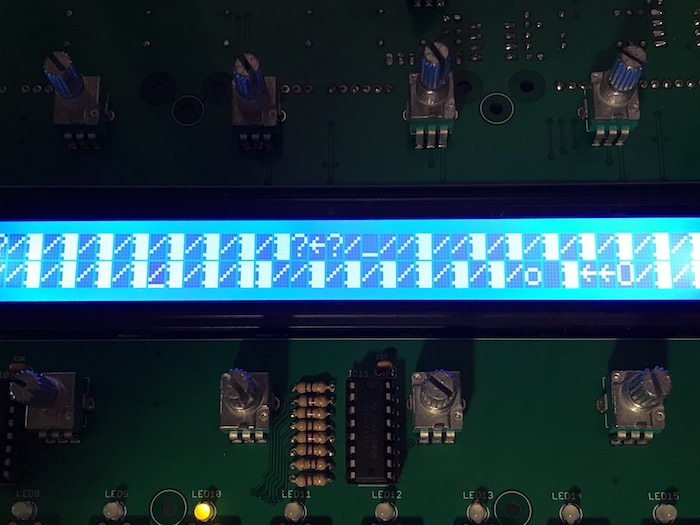 My guess is the problem lies in one of the four data pins going to the display, can you check for continuity between pin 18-21 on the atmega and the LCD pins 5-7 (according to the silkscreen on the board)?

Another guess is that the fuses on the atmega let it run on a very low frequency resulting in communication problems with the LCD, but I think it is unlikely that this would even cause problems.

Thanks for your reply.
I will double and triple check continuity between the Atmega Pins 18-21 and the pins on the LCD (I had a look at the schematcs yesterday)
The CPU is OK: I just programmed 3 of them in the exact same way.
And I tried swapping the Atmega with another one on a working MOBO. The Atmega works 100% on another MOBO, but another working Atmega on this board has faulty LCD…I will check continutiy first and then I will try to change the LCD (but I need to order a new one…)

no progress so far…any help wold be appreciated, if not I will try to find a new screen and replace it…

If the connections between the MCU and the LCD are fine and the MCU also works correctly, I assume the LCD is faulty, as there is no other hardware between those two. Is the crystal correct? Unlikely but the only guess I have otherwise.

Yesterday I have checked again all conncetiona between the MCU and the pins on the display, they seem OK, there’s continuity…
Another “known working” MCU put on this machine has the same blank screen, so it’s not the MCU. Also the unit seems to work (I can press buttons, led light up and so on…)
I have checked voltage at the LCD_R (which as usual I shorted with a wire) and I ALWAYS got 5V, no matter if I turn the R36 Trimmer. Is that normal?
I have also tried desoldering the old LCD and putting a new one, same issue, so I don’t think the screen itself is damaged.
What the hell is going on here???

Yes that is normal. LCD_R is the current limiting resistor for the LCDs backlight while R36 is connected to a different pin to adjust contrast of the LCD itself.

Very strange indeed, I am out of ideas unfortunately. Two pins I previously hadn’t mentioned are 16 and 17 on the ATMega, which are connected to the LCDs enable and reset line respectively, did you also check those? I assume they work as you already checked a lot, but that’s my last straw.

Do you have a blank screen or is it displaying something, for example a row of blocks in the first row?

usually it’s just a row of blocks in the first row, sometimes (see the pic I had posted HERE some garbled characters that “change” if I press the buttons or move the encoder…

After more of one month sitting on a shelf, I finally fixed…
It was just the screen fault, bought a new one and replaced and…voilà! 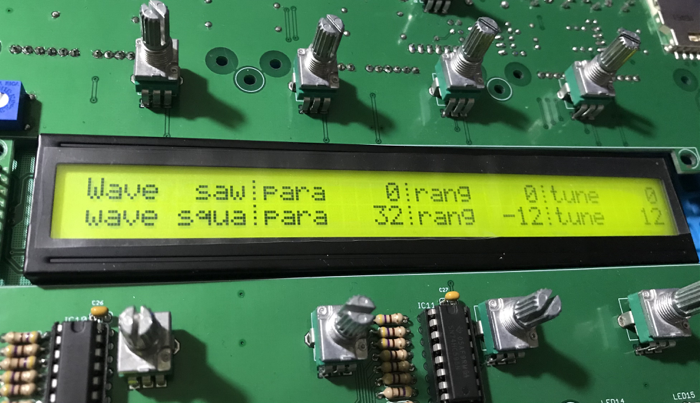