I have a set of six 6x1 male/female headers (arduino style) that were part of the Motherboard BOM.
Mouser: http://de.mouser.com/Search/ProductDetail.aspx?R=A000084virtualkey24200000virtualkey782-A000084
But it appears I haven’t got those for the six voice cards (4Pole) that I sourced. (Probably because I messed up).

Am I missing something about these fit together? It looks from the last illustration on the MB walkthrough that the six headers go onto the MB. And another 12 go onto the sound cards too?

Yes you need also two headers per voicecard. They are in the BOM of the voicecard.

Maybe you are confused, because when you order a motherboard or voicecards, there are also 18x or 20x 6x1 male/female headers in it. I am using these ones, instead of the ones from the BOM. 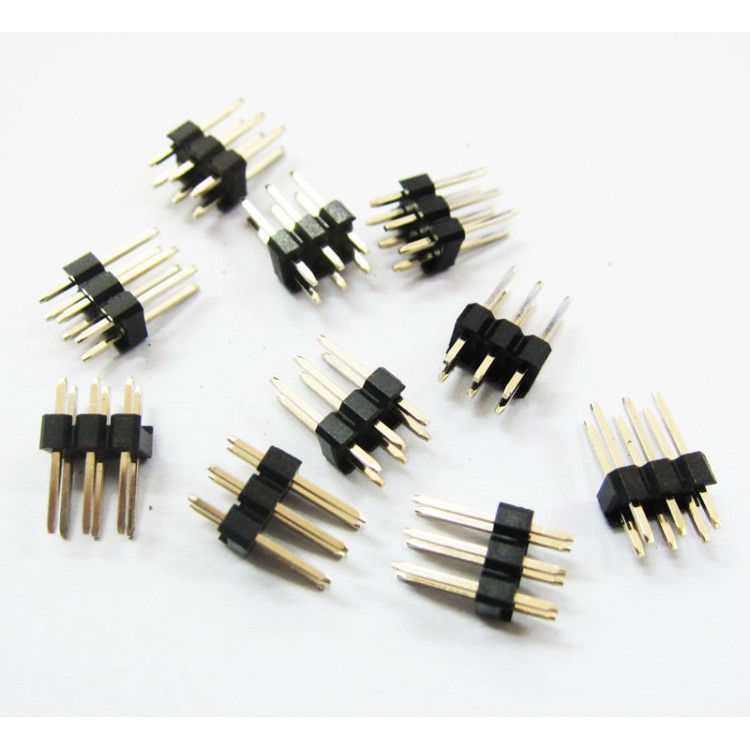 I can see where it has to be placed on the voicecard, but it’s not in the instructions. Do you need them?

> there are also 18x or 20x 6x1 male/female headers in it. I am using these ones, instead of the ones from the BOM.

Not necessarily. I don’t give anything away any extra part with non-EU orders because it would have to be listed on the customs documents, and then on the invoices, and then you’d have to pay for it

The 2x3 headers are for the optional ISP connection - if you ever need to or plan to flash the voice chips. I flashed all 6 chips in first voicecard I built, so really you only need one 2x3 header for that.

I also brainfarted and didn’t get enough 6x1 headers - you and I must have used the same BOMs! The 4P BOM on the wiki doesn’t have a Mouser part number for the 6x1. I was gonna make a second order for another project anyways, so I added 12 more of those stupid headers. Back in business! (Well, waiting on some metric spacers as my voicecard stacks are currently physically seperated by #2 pencils, and then I have to eventually replace the encoder I installed with one that select-clicks, then wait for a group order on a nice enclosure…)

Thanks all. Yup - I had the mouser BOM issue, and just missed it on import. I’ve ordered what I need. Onward!

I get those by 50 at eBay… They are ridiculous expensive everywhere else.

have you got a link Shiftr please? Im yet to order hardware for the Ambika. I gotta be honest Im a little stumped as to what to order. Apart from these spacers? Can I suggest a separate hardware BOM? So you’d get your boards from Oliver, have a Mouser/Farnhell (sic), ect order and your hardware order - that would be cheaper sourced locally 100%. I know most of the experienced guys have their sources and have this all down pat but as a once off I think that three way split seems to make the most sense.

Ooh, that’s exactly where I got my bag! Also, add stackable to your search - i.e stackable headers for more results. There’s tons of places that sell those and it makes little sense to overpay for those

Hey thanks for the link Shiftr! Much cheaper than Mouser.