Just curious if anyone’s using these two together. I’d love to seehear a demo. I assume they’d play nicely, but I’d like opinions before I start ordering all these components. I’m intending to build an Ambika (sorry Olivier) and a Midibox Seq to go with my LXR as a compact live setup.

I’m hoping to build a midibox seq as well in the next year. I already ordered a discovery board, but it looks like a lot of the other boards are sold out at the moment.

I’ve built a Midibox SeqV4 and absolutely love it! It’s transformed the way I work. Mine is fully tricked out with all the options… 2 X MIDI in, 6 X MIDI out, Ethernet/OSC, 8 X CV outs, 48 gate outs and 8 clock outs.

I don’t have an Ambika but do have a Shruti, Anushi (and a lot of MI Eurorack stuff) and it works great with them so I see no reason why it wouldn’t work equally well with the Ambika. I also have an LXR, there is one thing you need to beware of. The MIDIbox MIDI I/O modules send 3.3v midi signals and in my experience the LXR likes 5V midi signals. It was impossible to get the LXR to lock to the MB SEQ’s clock. I now always connect the LXR to one of the IIC Midi outs as these send 5v signals, it works perfectly every time.

I’m wondering wh that happens. Isn’t MIDI a current loop? Given the resistors at the midi output are lowered accordingly, I see no reason why it shouldn’t be able to drive the led in a standard midi in optocoupler…

It is strange, I guess it’s a design flaw in the LXR MIDI In circuit. IIRC the LXR can’t lock to the Octatrack’s Clock, it’s MIDI out is also 3.3v. This is well documented on the LXR forum. Users have got around it by using active MIDI Thru boxes or putting another MIDI device between the Octrack and the LXR to buffer/boost the signal.

Don’t miss out on the 16x16 BLM! There’s a bulk order interest list you can sign up for. It’s your usual (tricked out, mind you!) 16x16 grid/clip controller with rubber buttons that are lit by bi-color LEDs housed in a thick steel case made by Protocase. 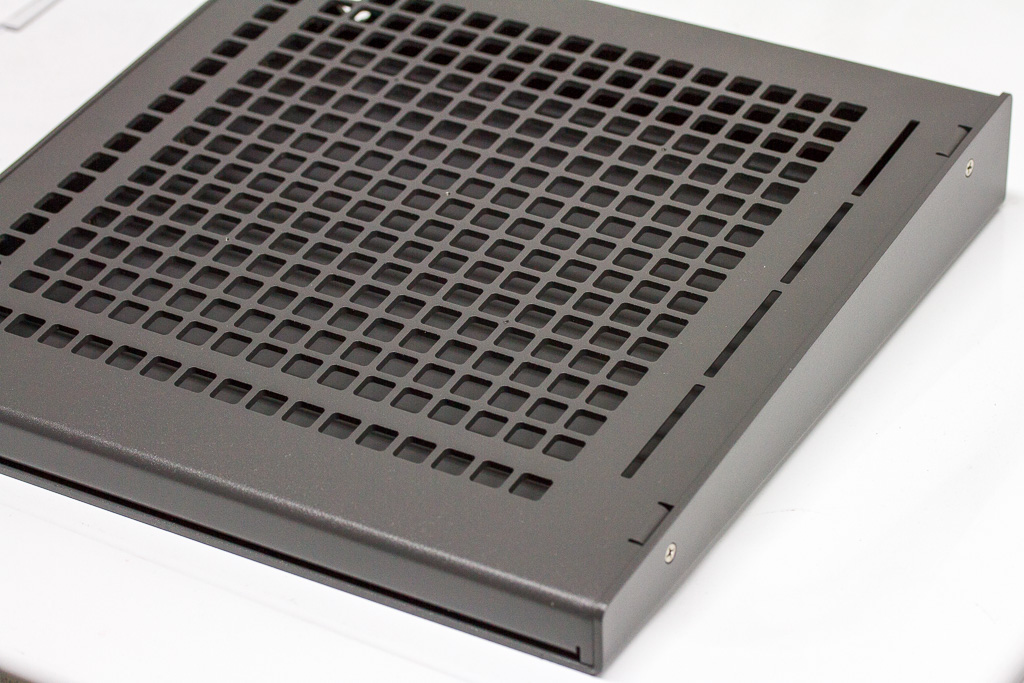 There’s a video by TK showing off the whole shebang - MBseq v4 and the BLM16x16 in the Songs & Sounds section of the MB forum.

@rowan That’s really good to know, thanks. Could you sync the Midibox Seq to the LXR’s clock instead (midi out from LXR to midi in of Midibox)? Or would the voltage then be too low for the MBS? Otherwise, if your LXR has the trig expander, you could perhaps sync it with one of the gate outs on your MBS?

Kind of a shame to have a sequenced drum machine that doesn’t communicate nicely with other midi gear.

@rowan. I’m building a seq right now and have an LXR. What do you mean by the IIC midi? I also have a midigal sitting around, I suppose I could use that to buffer between them.

I mean MIDI outs based on the Midibox IIC output module, I’m using this…

Boards and parts for the MIDIbox projects found at midibox.org

Hmm, wish I’d paid more attention. I have 2 MIDIIO’s on my desk to build for my SEQ.

Rowan/Mongrol: MidiIO modules send 5V midi signals , the older LPC17 core had 3.3V midi, not the current one. Where you do want the IIC module is for interfacing to the BLM (it has an 8 pin DIN for that) and it also has a handy general purpose DIN connector for DINSYNC or another midi out. Its more of a real estate thing at the end of the day, you cant fit 2 IO and IIC boards in a row and be less than the length of the mainboard which may be an issue for most cases

The MIDI I/O on J11E of a STM32F4 core are in fact 3v. Below is take from the Ucapps page on the STM32F4 core. They are defiantly not 5v signals.

“J11E 10 This port provides four MIDI IOs at 3V level, interface to the MBHP_MIDI_IO breakout board.”

If you look at the schematic of the STM32F4 core; J11E provides 5V on vdd pin.

I’ll ask TK on the MIDIbox forum for the definitive answer and report back.

I am very much looking forward to it.

As for the Midibox and Ambika question: I think the sounds in this video are all from an Ambika, I remember the guy saying so in the beginning

I stand corrected… Here is what the man himself has to say on the matter.

"this is a typo in the documentation: 3.3V outputs are only available for MBHP_CORE_LPC17 due to a chip limitation (erratum).

MBHP_CORE_STM32 and MBHP_CORE_STM32F4 configure the output pins in open drain mode, which means that the pin is in high impedance state if no MIDI message or a logic-1 is sent. Via the 220 Ohm resistors and the optocoupler at the receiver side, the voltage level will be pulled to ca. 4…5V.

The MBHP_MIDI_IO board has an additional 100k pull-up resistor to 5V, but this one is only used to ensure a proper signal for the LED indicators.

Regardless, my LXR refuses to sync to clock to the MIDI IO module outs, it will only reliably clock to the IIC MIDI outs.

Interesting, I have 2 lxrs to build so I’ll test here and compare the two on the scope